Short film about an explorer in the far future crash landing on a dead Earth and having to repair their ship using time travel?

I remember seeing a viral short film on YouTube somewhere around 8-10 years ago, give or take. It was a modern production and I believe it was live action, but it was very stylized. It starts out with a the protagonist, who wears a mask over their face that has little mechanical rotating slits over the eyes, frantically trying to keep their ship from crashing. Eventually, they emergency-land on a dead wasteland planet.

They figure out that there's a missing/damaged part of their ship, and venture out onto the planet to try to find a replacement part. I don't remember details, but I know that they use some kind of time-travel "bubble" device that creates a temporary energy dome that acts as a portal to the past. When inside the dome, you're inside the past, but step back outside the dome, and you're back in the present.

They use the energy dome several times in order to travel back through time and look for spare parts in the past, and end up in a confrontation with a person in the past. As they're fighting, the explorer stumbles back through the dome into the present but also pulls the other person's arm through with them, and the arm turns into a skeleton arm, as if it had aged hundreds of years when it passed across the border.

The dome closes and the explorer is dismayed, but then realizes that the skeleton arm is (incredibly) a good enough fit for the part they need, and they're able to use it to repair their ship and leave the planet.

I've been wondering about this film for a really long time and would love it if someone here could remind me of the title.

This is Time Trap.

I know nothing about it, but I just watched it, and it matches perfectly. It's also quite good.

Our protagonist has a mask with rotating slits. 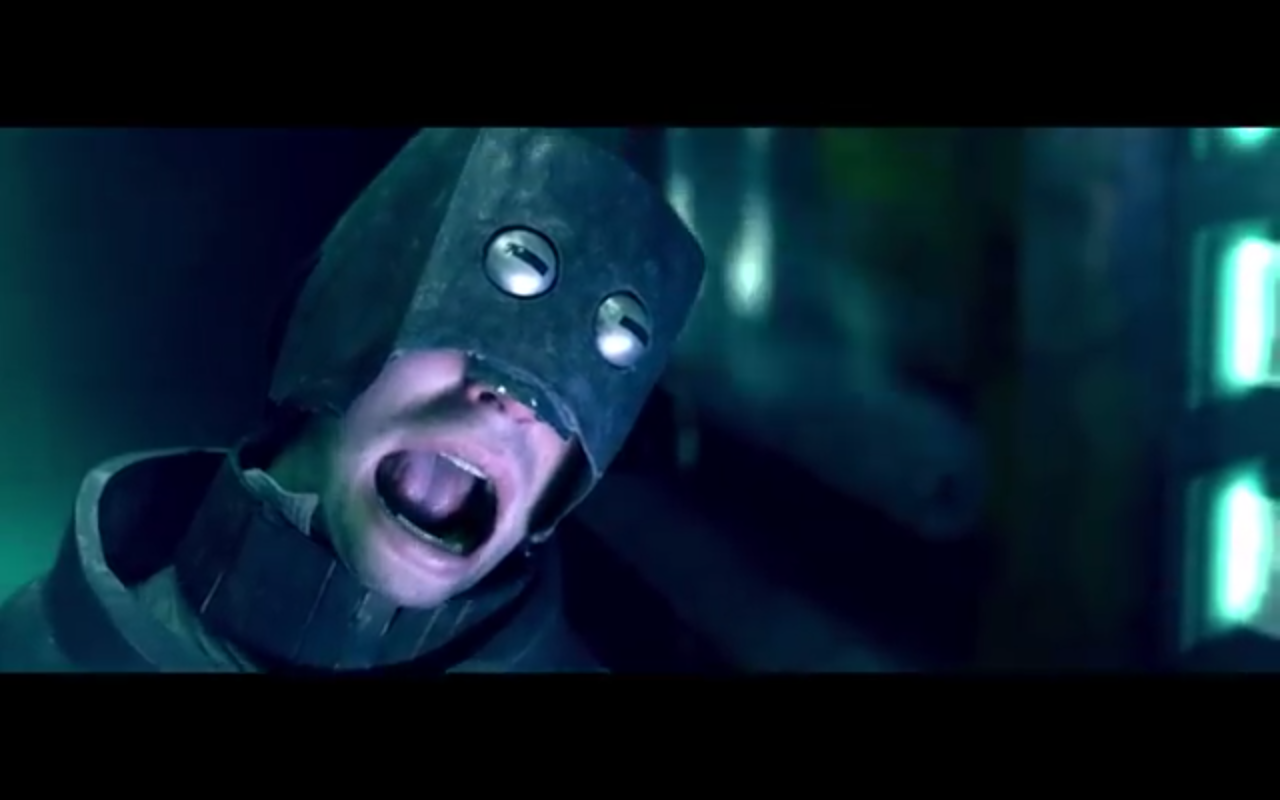 He creates a time bubble to the past. 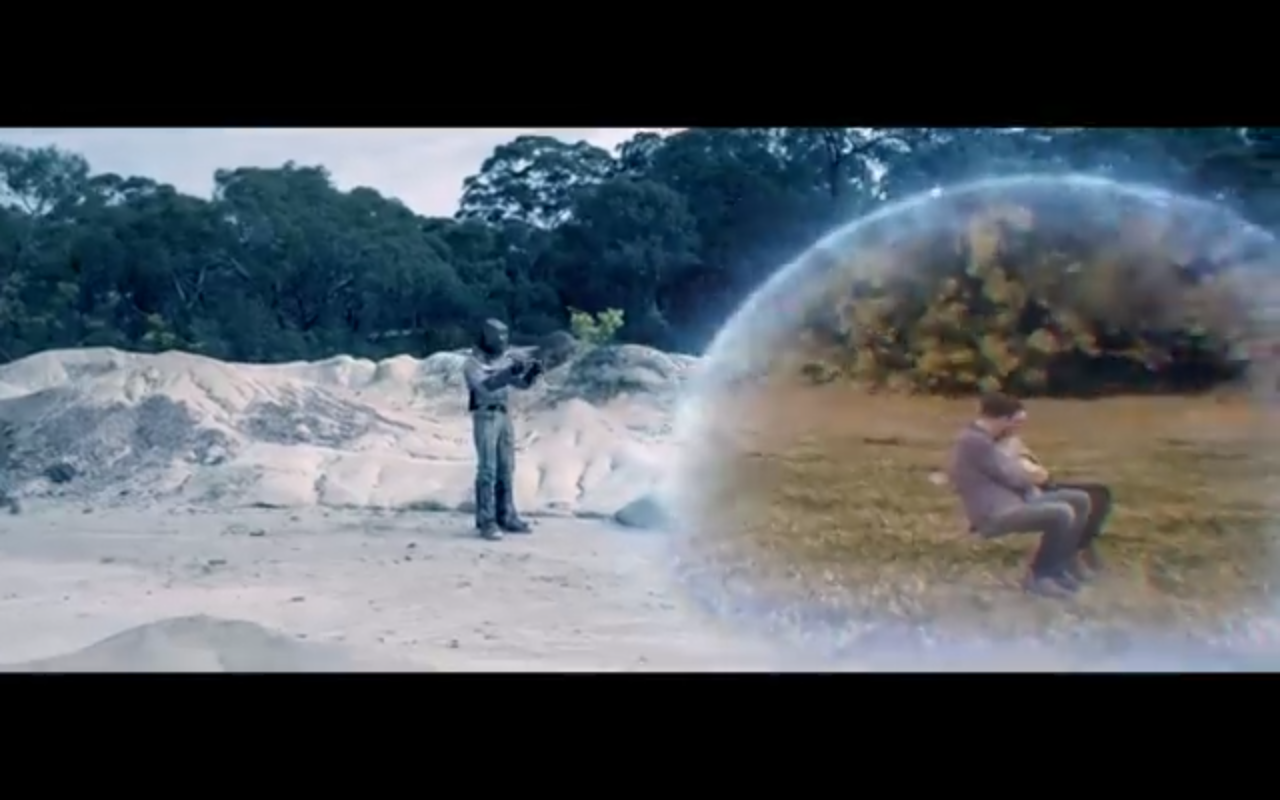 He realises the skeleton arm matches the part he needs. 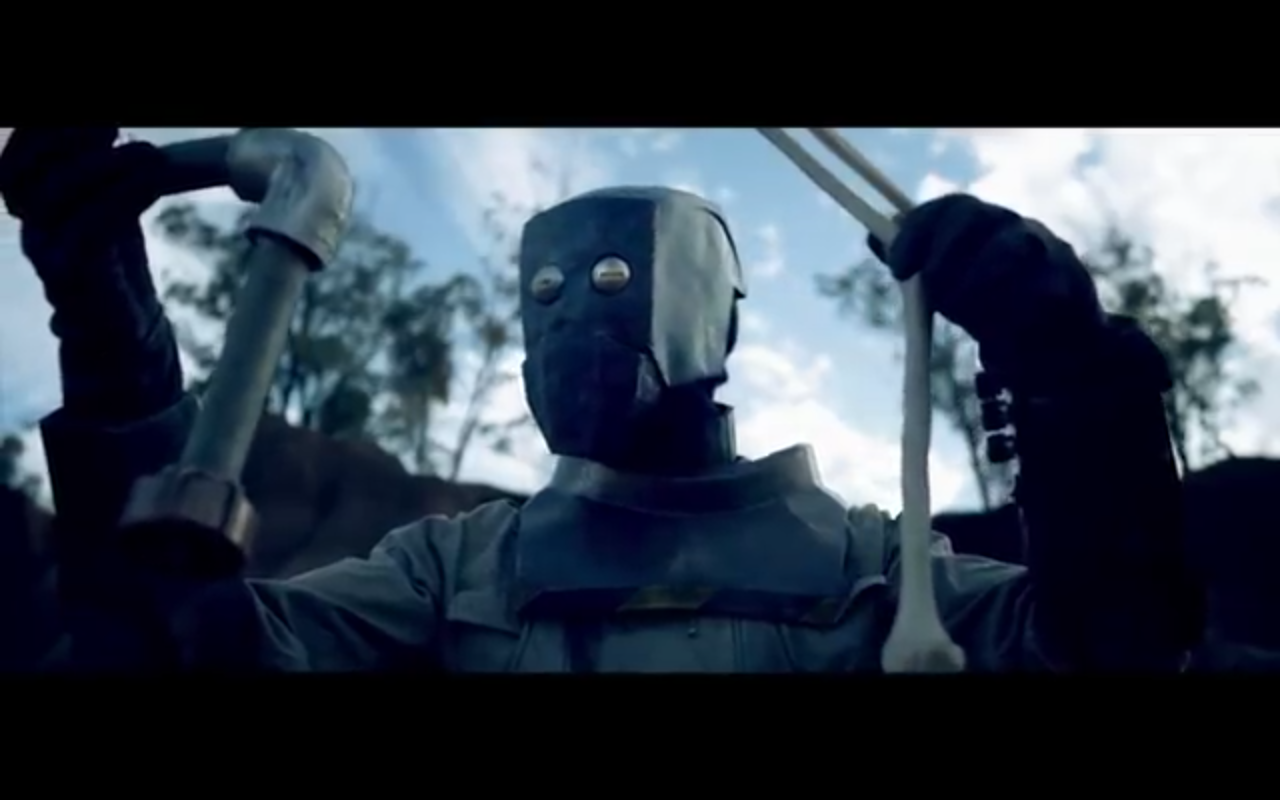 28
Seeking story about time travel used to steal from the future
11
Short story from the 70's about a super-fast ship approaching Earth
8
Aliens put a dome over New York and transport the city to their ship
11
Book/book series set in the future about an elite academy, a great inventor, a time-travel machine, and a brother and sister
18
Short story in Analog about Israeli scientists time-travelling to the time of dinosaurs and then can’t return