Wind mage who discovers time magic and then is reincarnated [duplicate]

Ask Question
Asked 13 days ago
Active 13 days ago
Viewed 159 times
1
This question already has an answer here:
Manga about a member of the hero's party who dies of old age, and is reincarnated hundreds of years later (1 answer)
Closed 6 days ago.

This story is about a main character who is a wind mage. He's not talented enough compared to other mages. When he's older, he creates/finds time magic and is then reincarnated. He was one of heroes party who killed the Demon King, and he had a dark elf/elf student.

Could this be The Mage Will Master Magic Efficiently in his Second Life...?

Zeff Einstein spent his whole life mastering red magic and was finally recognized for it, yet a new spell that was soon created revealed that his talent for red magic was his lowest. Bitter at the thought of all his wasted effort, he creates a spell to send his old self back in time to his younger body and together with the determined "genius" mage Milly and the handsome swordswoman Claude, he intends to master magic more efficiently this time.

The plot is very similar to what you've described, except that the main character, Zeff Einstein, specialises in "red magic", which appears to be a form of flame magic rather than wind magic, although in black & white, it looks like he's projecting gusts of wind.

The story takes place in a world where there are different forms of magic, which are classified by different colours, and individually graded. At the beginning of the story, Zeff is a middle-aged man who was regarded as the supreme red mage in his kingdom.

Zeff then uses a "time leap" spell to transport his consciousness back into the body of his much younger self, so he can relive his life and master all forms of magic, rather than specialising in red magic like he did before. 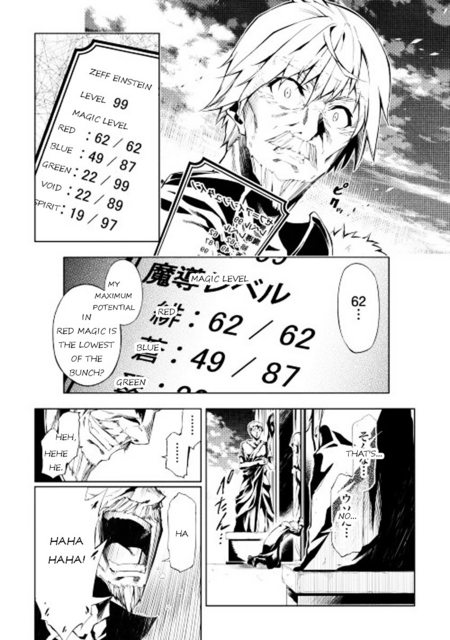 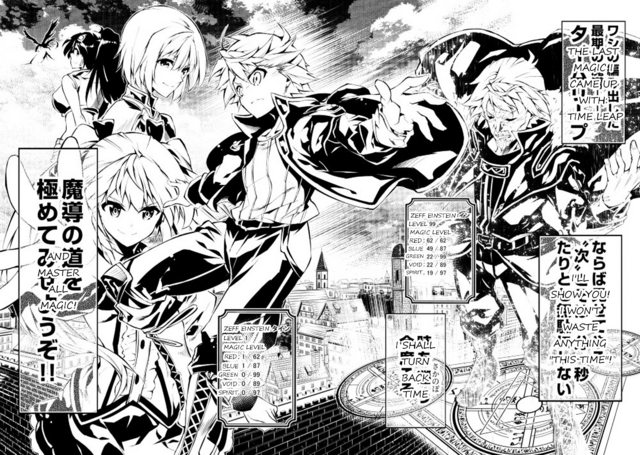 Could this be The Unsuccessful Yet Academically Unparalleled Sage ~A Cheating S-Rank Sorcerer's Post-Rebirth Adventurer Log~, also the answer to this question.

The main character was considered one of the most powerful magic users in the country. Together with three of the other most powerful magic users, they defeated the demon king. He found a dying demon who asked him to save her child. He took that demon's child as a student, her appearance is that of an elf. One of the other powerful mages creates a test to determine compatibility with types of magic where you put some hair in some magic water. The main character then found out he had no compatibility with any of the elements.

After reincarnating, we learn that his student was the demon king's daughter, and is now the headmaster of a magic academy.

Not the answer you're looking for? Browse other questions tagged story-identification magic manga reincarnation or ask your own question.

4
Manga about a member of the hero's party who dies of old age, and is reincarnated hundreds of years later
4
Manga: magic user gets reincarnated as his descendant

7
YA book about a young powerful female caster attending a school that trains in magical arts and duels
21
Fantasy novel/series with young man who discovers he can use magic that is outlawed
1
Book series about an orphan named Colin who fights demons for a council of mages
6
Manga in which a strong magician kept reincarnating so that he could finally be born with symbol suitable for magician?
3
Manga with a lying reincarnated child main character
13
Story about a young mage attending a school who is probably an arch mage
4
Cultivation manga where the main character is killed by poison before his marriage and reincarnates in another world, where he gets a healing item