I remember it very well: many years ago I rented the official Star Wars episode 4-6 box set at a video rental, and it had a bonus disk, telling the story of how its first episodes where made.

Duly watching until the last bit of it, I found this uniquely amazing post-credits scene.

Was this official? Did someone hack the DVD set? Was I dreaming? Was it a prank from some production employee? Did George Lucas ever see/agree to this?

And, finally, why hasn't Disney kept it in the streaming version of the making of?

According to IMDB, this video clip was indeed included in the end credits of the on-disc documentary The Birth of the Lightsaber. Furthermore, it turns out this documentary is actually still available on starwars.com.

While the Christmas gag seems to be cut out of the end credits, it does still include a citation for "Goodgift", from MTV Europe: 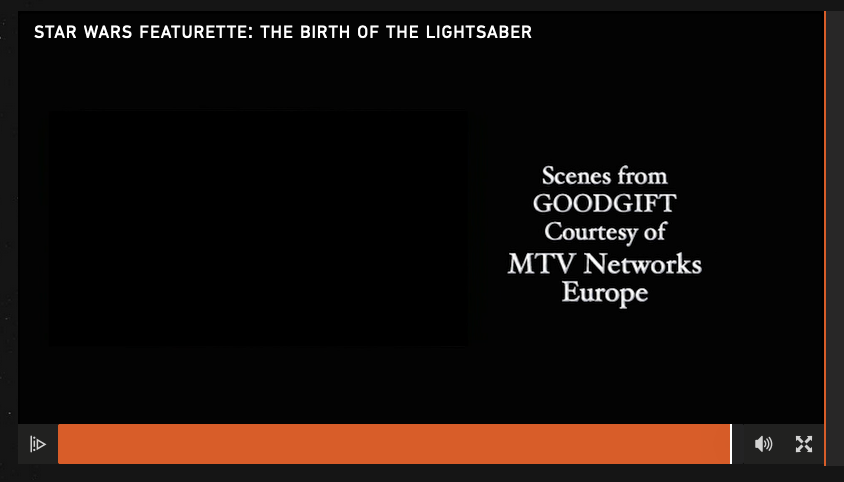 The watermark on the video in the question gives its source as "www.mtv.co.uk/xmas", so this would certainly make sense if this is the video given an acknowledgement in the documentary credits. Doing a little digging, I found a reference to this video in a Dutch Star Wars forum from 2002:

Looking through the Wayback machine, I eventually found a version of http://www.mtv.co.uk/mtv.co.uk/en/dynamo/downloads/tVf2699/goodgift.mpg from August 2003 with a thumbnail of the video: 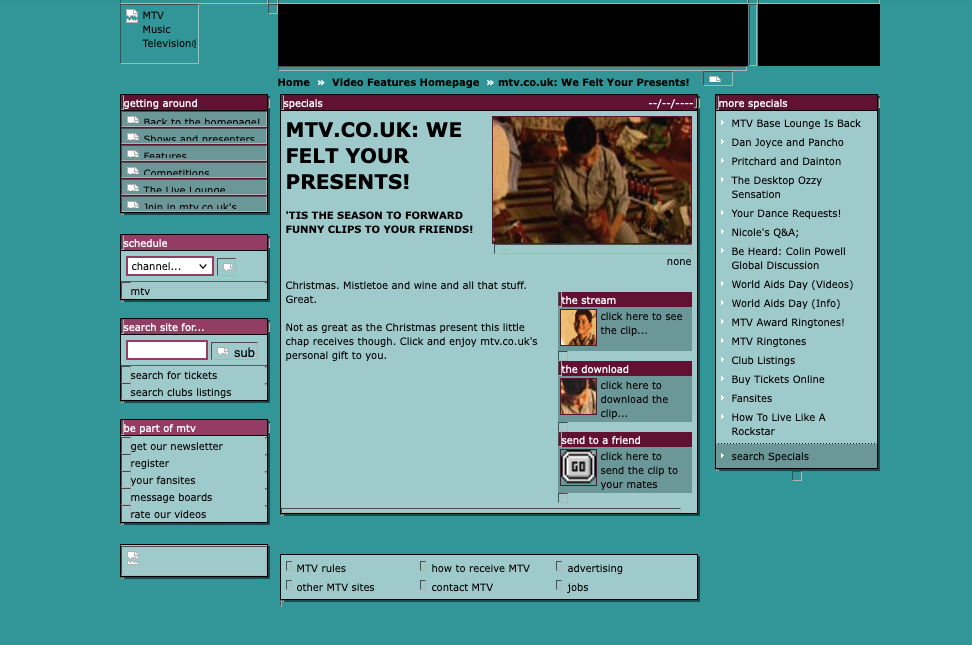 So, the most likely explanation for this video is that MTV Europe made it in or before 2002, it stuck around as an early-2000s internet meme, and the makers of the lightsaber documentary in 2004 put it in the end credits for fun along with the Simpsons and Futurama gags. Evidently Lucasfilm later reconsidered its appropriateness, since it's no longer included in the official site's version of the documentary.