Identify series about a psychic / 'Space Wizard' who heals cultures

I read these books around 10-20 years ago via the library, but I suspect they're older than that. I don't remember enough details to google them on my own, but some key points:

I'm reasonably certain the author participated in "Writers of the Future" at some point, because there was a WotF story with a very similar premise when it came to curing 'incurable' mental illnesses. Unfortunately, I don't know which WotF year it was.

This may be the Rogue Wizard Series by Christopher Stasheff. The series follows a psychic "wizard" (or it looks like actually more than one, family members, in different books) who uses his powers in various ways in a science fiction setting, travelling via "sentient starship". Judging from various book synopses I've been able to find, the characters spend a lot of time helping oppressed peasants overthrow various overlords, bureaucracies, etc.

In particular, a synopsis of "A Wizard in Peace" describes planet under the control of a "Protector" who dictates the thoughts of his subjects and the wizard finds "a spark of rebellion" in the aristocrats. Reviews of this book indicate the inhabitants of this world having no choice in things like marriage partner, travel, etc.

Your description made me half-remember a book cover, which I was pretty sure was by Darrel K Sweet, and by searching ISFDB I found this one (sourced from Goodreads) along with a book that seems to match your description: 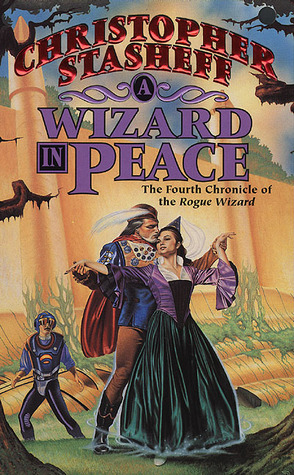 I can't be positive this is the book the question is about, but it's certainly the one that came to my mind when I read the description.

Not a perfect match to the description, but perhaps this is Suzette Haden Elgin's series of stories about Coyote Jones? The first of these was "For the Sake of Grace" and sort of matches your scenario of civil service nepotism. It was incorporated into a fix-up novel "At the Seventh Level" reviewed below.

The plot follows Khadilh ban-harihn, a functionary on the planet Abba, who returns from his work on Earth due to a family crisis. He is alerted to the crisis despite his distance from his home planet via a device, a “state-being-control” (9) that monitors the mental state of his wife. The crisis itself involves the conduct of his wife and his daughter, Jacinth. For Jacinth, barely twelve, desires to enter the only profession open to women, Poetry. For the Abbans, the study of poetry is the study of religion.

Khadilh’s family is highly renowned — five of his sons were accepted into the Major of Poetry. In Elgin’s vision, the study of poetry is a religious calling and those who study poetry the most honored members of society. The exact way in which Abban poetry and religion intersect is never developed at length. But, one can assume that the refined and articulate way of organizing through that poetry requires is equated with a purity of mind and a pursuit of the highest power. Likewise more in line with Elgin’s polemical purposes, traditionalist poetry perfectly encapsulates the entrenched ideologies of an “institution” of religion. In Abban society there are strict rules for verse — and thus, strict rules for expression. Poets of the higher levels are required to communicate only in verse. [...]

The main plot, about half of the novel, is completely uninteresting. Coyote Jones, a particularly unintelligent and non-agent like agent of the enlightened and egalitarian Galactic Federation, is assigned to uncover the mysterious poisoning of the poet Jacinth.

Although that reviewer obviously doesn't think much of Coyote Jones, it is Jones who ties the various stories together. He is a powerful projective telepath, and ends up being assigned to, or backing into, societies or whole worlds where there is a social problem in which he intervenes.

Might you be talking about Murray Leinster's Med Ship Man stories?

Scattered through the galaxy are thousands of worlds colonized by humans. Many have native microbes dangerous to the human immigrants. Others have diseases brought to them accidentally—or on purpose—by visiting ships. When millions of lives are threatened, it's a job for the Interstellar Medical Service, and a Med Ship is sent to solve the problem.

Calhoun is the best the Med Service has, and hard experience has taught him that often the major obstacle to curing the sick is ... the sick. And removing that kind of obstacle may take very strong medicine. To find a cure for a disease, Calhoun has the help of his small animal companion Murgatroyd, a tormal—a species with the most powerful immune system in the galaxy. But to find a cure for hysteria, prejudice, crime, and even war is much more complicated, requiring considerable ingenuity. Fortunately, ingenuity is something that Calhoun has in good supply...

This was an unaccepted answer to Looking for this short-story about a lone man's space travel, although details are a bit vague, which popped up when I searched for [story-identification] cures planets on this site, thinking I'd seen this before.

Not matching is that I don't think that Calhoun is psychic.

11
ID this story: aliens test Earthling children for psychic powers
5
Trying to find a childhood book where demons are summoned via fire and will power and new worlds can be created as offshoots
10
Sci-fi book about overwhelming psychic space critters where each chapter is written in a different writing structure?
7
Short story about aliens who use technology to surpass psychic abilities
14
Short story about scientists who discover a way to end the world
10
Finding a book about a camp where Magic can be manufactured with technology
11
Horror/SF novel - keratin-eating alien
11
Story (novel) about immortal people who can turn into dragons
12
old sci fi novel, prison planet type story