How did Wonder Woman get Carter's mace back?

In Dark Nights: Metal #5 Batman Who Laughs shoots Wonder Woman with an eighth metal bullet, takes the ninth metal mace, part of the ninth metal they were after, and teleports away leaving Wonder Woman to fight the Dark Hawkgirl. After winning, she's got the mace back (and uses it in #6), how? 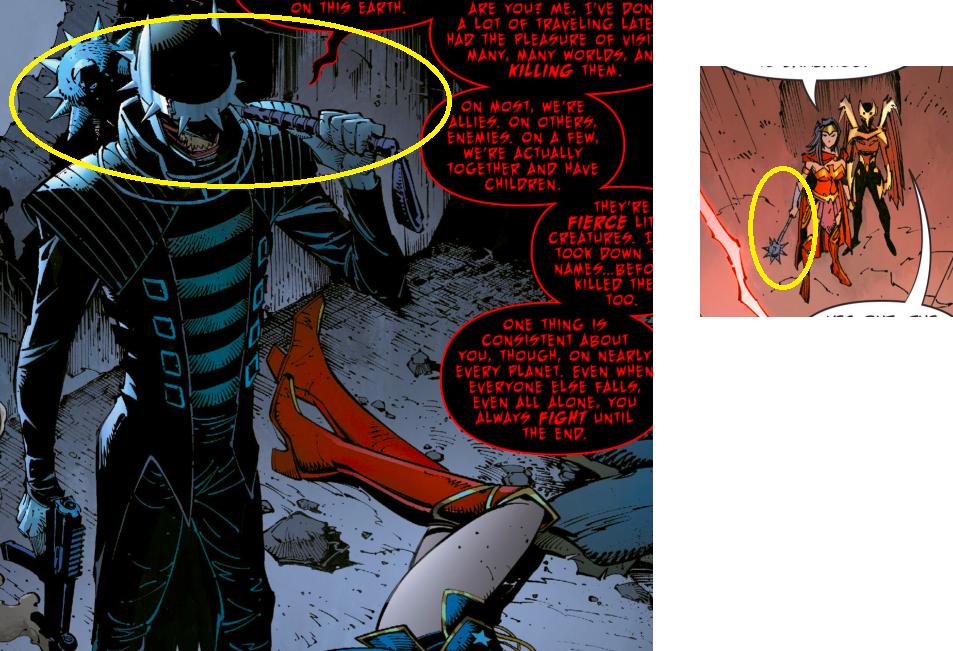 Although The Batman Who Laughs took Hawkman's mace from Diana after shooting her, he didn't remove it from their present location, the Rock of Eternity. He just placed it in the rock in the room next door to the one he shot Diana in. 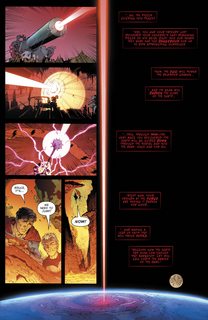 Diana is standing in that same room in the second of the two scans in your question, and it's the same room she fought Black Adam in earlier in the same issue, before The Batman Who Laughs showed up.

After placing the mace in that rock, The Batman Who Laughs went back into the other room to taunt Diana one last time, before teleporting away. You can see that he isn't holding the mace when he disappears; that's because it's in the room next door. 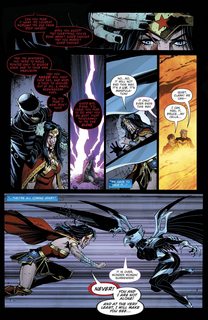 After that, Diana fought Hawkgirl briefly, then apparently retrieved the mace from the rock. They didn't show her picking it up on-panel, but you can see the rock right there, a few feet away from her. 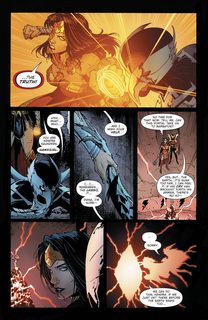 Not the answer you're looking for? Browse other questions tagged dc comics crossovers or ask your own question.