Which issue of which Spider-Man series had Spidey fighting a villain in a white costume with black spots?

I remember reading an issue of a Spider-Man series that had Spidey fighting a villain in a white costume with black spots. The spots were actually a kind of portal, which meant that the villain couldn't be hit there. He could also detach the portals and throw them at Spider-Man, then punch through another portal to have his fist come out from the portal near Spider-Man's head and hit him. He was defeated after picking too many portals from his costume, which meant that Spidey had more surface to hit the villain.

I read this in Dutch in the early '80s, but it was at the barber, so it may have been an older issue — he had a stack.

Does anyone know which issue this was (either English original or Dutch translation)?

He was defeated after picking too many portals from his costume, which meant that Spidey had more surface to hit the villain.

Judging by this part of your description in particular, it sounds like you're thinking of Spectacular Spider-Man Vol. 1 #100 (March, 1985), which featured Spider-Man's second battle with the villain, Spot. They had their first fight in the previous issue. 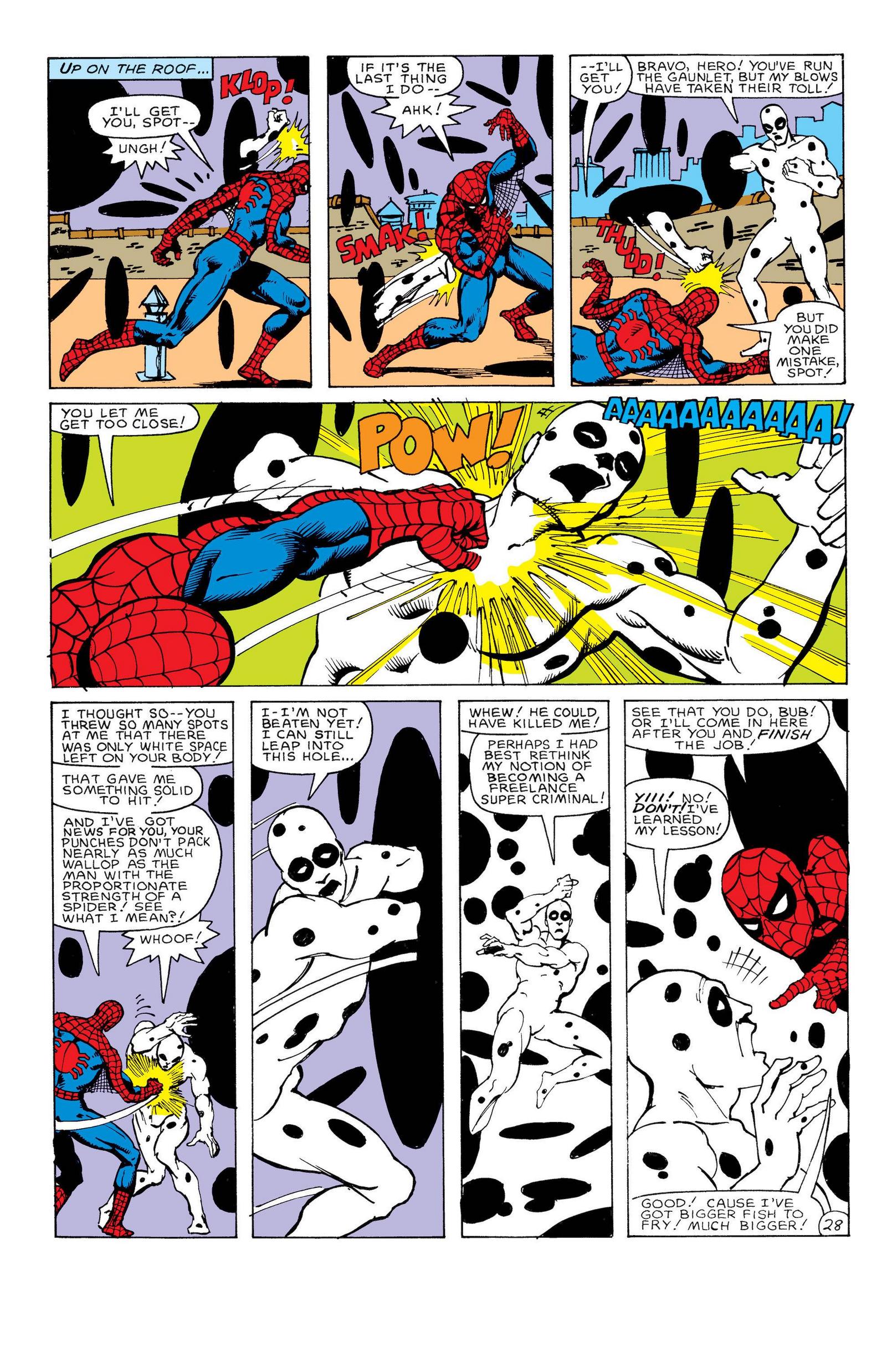 14
Which Spider-man comic series aligns closest with the 1994 animated TV series?
8
Identify a Spider-Man TV episode in which the villain was a speedster
9
In which Spider-Man comic does a kid gets shot while trying to save Spidey?
7
Spider-Man's Control, Batman's Fist
8
Which 1970s Spider-Man cartoon had sentient alternate dimension plants?
5
When or how precisely did Venom (Eddie Brock) turn from villain to hero?
12
An episode from Spider-Man animated series (1994-1998) in which he has a dream sequence or an hallucination about being an actual spider
10
1970s live action Spider-Man TV series fancy dress/costume party episode