What is the story continuing the "future of international espionage" plot from Spider-Man (2016)?

In the last panel of issue #21, Miles's dad meets Cable talking about the "future of international espionage". 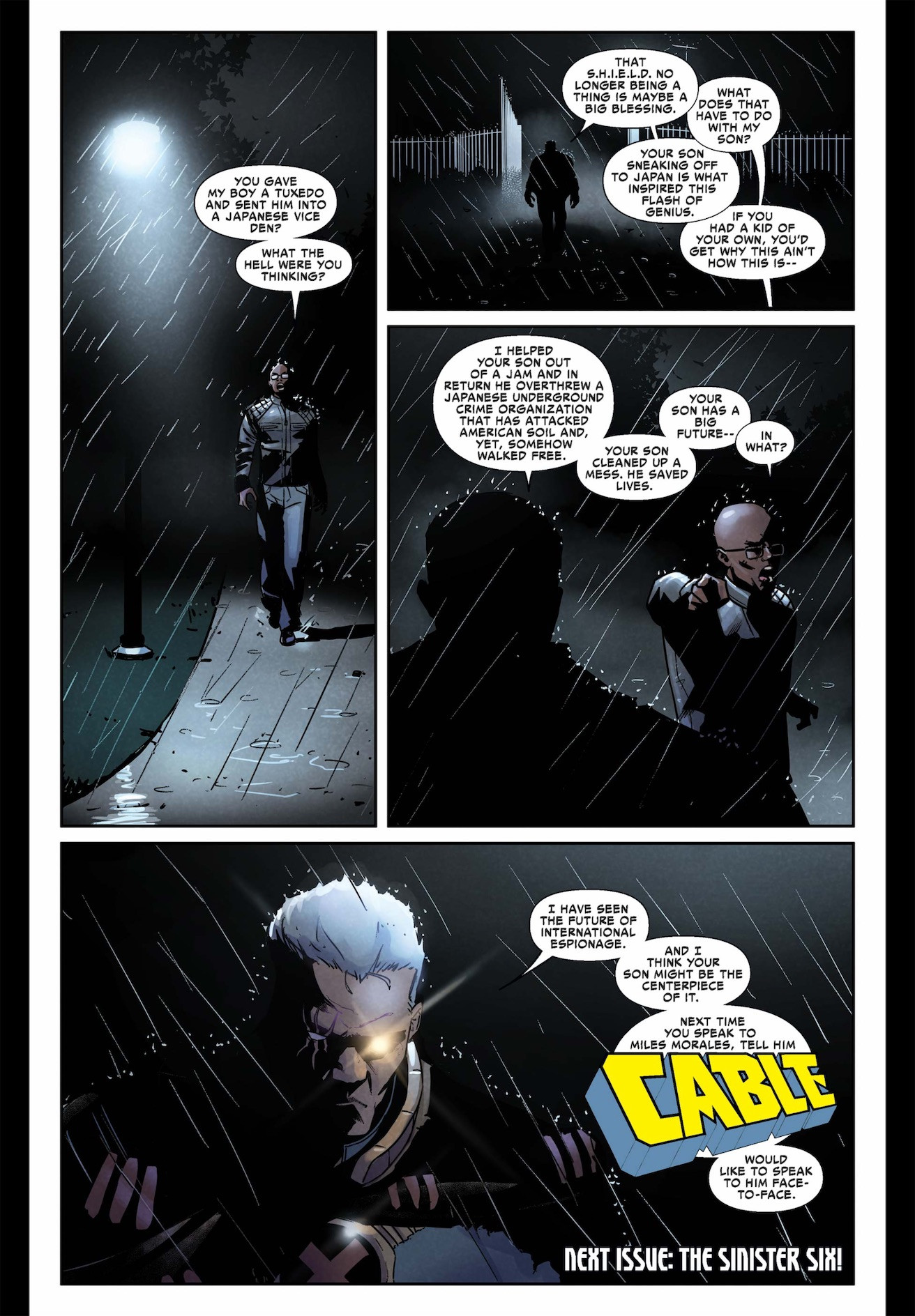 A few issues later, Miles's mum meets him too.

In the last issue of the series (#240), Jefferson and Rio talk to their son about an opportunity that sounds like it’s connected to Cable. 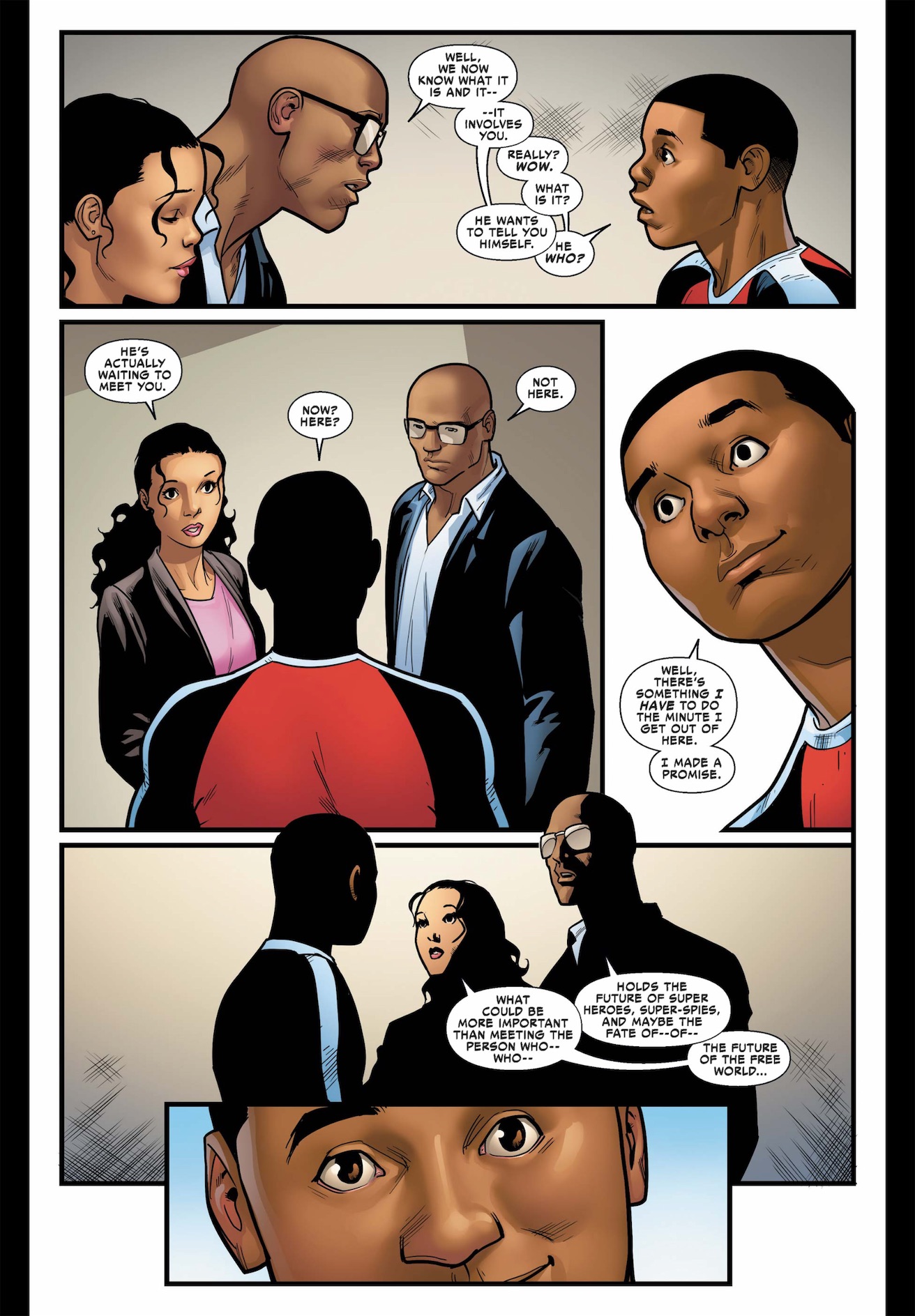 I read the first 30 issues of Miles Morales: Spider-Man by Ahmed; and they don’t seem to contain anything about that.

So, does this meeting beetween Cable and Miles happen? If so, in which series? And if not, is any explanation given?

Browse other questions tagged story-identification marvel miles-morales or ask your own question.