Why did the Centre keep Jarod inside a bubble?

In the American action drama, sci-fi TV series The Pretender (1996-2000), Jarod, the pretender, a child prodigy stolen from his parents when he was 4 years old, is kept isolated inside the Centre, a sinister think tank located in the fictional Blue Cove, Delaware, who exploited his Pretender abilities. As a part of their research, the Centre presents to Jarod a large number of complexes 'sims'; simulated hypothetical situations designed to exploit the young genius' intellect for real life nefarious purposes.

During the entry credits of each episode, it can be seen a black and white scene -very briefly- with Jarod laying inside a bubble or a transparent sphere with Sidney, Jarod's mentor and coach, walking around.

Along the series, there are few flashbacks where Jarod together with the bubble recur. I have watched most of the episodes, but I haven't been able to know why the Centre kept Jarod inside a bubble. Was that part of a simulation?

By the way, there is a track from the original score of the TV show entitled "In the bubble" by Velton Ray but the lyrics doesn't appear to be related to Jarod and the bubble. 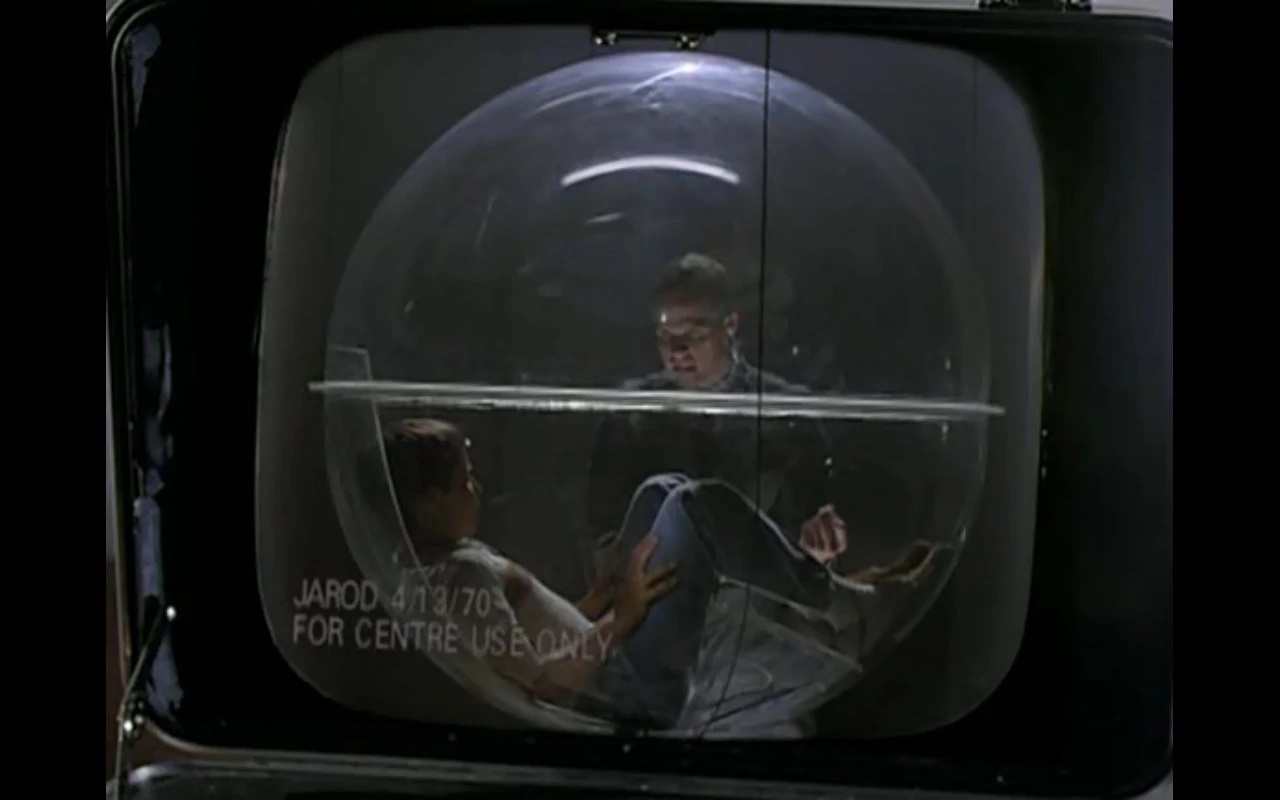 Browse other questions tagged or ask your own question.