How is this TIE fighter landed in the Death Star?

In the film Star Wars: A New Hope (1977), in the background of a scene where dozens of stormtroopers face Han Solo and Chewbacca in the DS1, we can see a TIE fighter that appears to be, from the camera point of view, landed or 'parked' directly on the ground of an empty docking bay. No wires, no racks or other suspension/landing means can be seen near the starfighter.

I found some Ralph McQuarrie concept drawings from his Star Wars Portfolio showing TIE fighters in a big hangar in the Death Star, and I noticed a couple of TIE fighters on top of a kind of horizontal rail or take-off runways. Also, other TIE fighters are hanging from upper racks.

According to Canon TIE fighters lacked landing gear so, during landing operations, they were retrieved using special cycling racks or small tractor beam projectors. Also, while TIE fighters were structurally capable of "sitting" on the bottom of their solar array wing panels (I assume, assisted by using their repulsorlift cyclers in their wing struts), they were not designed to land or disembark their pilots that way, unless absolutely necessary. Thus, how this TIE fighter is landed? 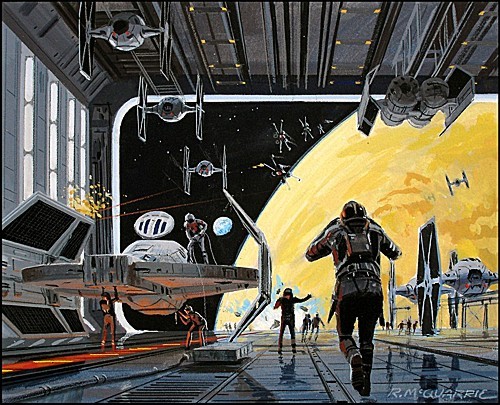 EDIT: It looks to me that that particular TIE fighter could have been hovering on top of a rectangular lifting/dropping platform usually depicted in docking bays inside the DS1 and star destroyers as shown in these two pictures of hangar bay 327 and wreckage of the Inflictor in Jakku respectively. 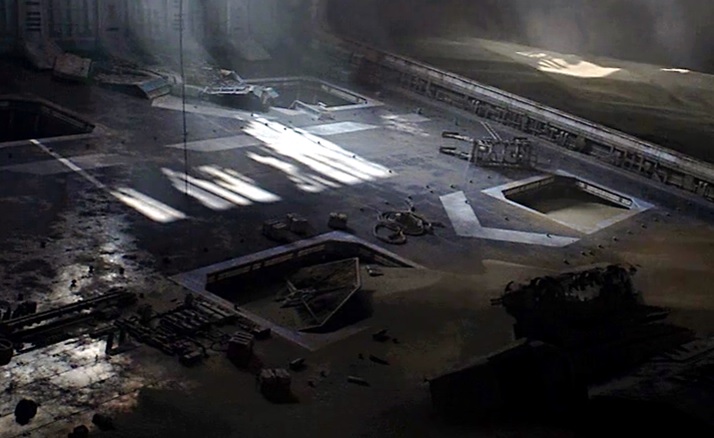 TIE Fighters are regularly parked on their 'wings', as can be seen in multiple episodes of Rebels. 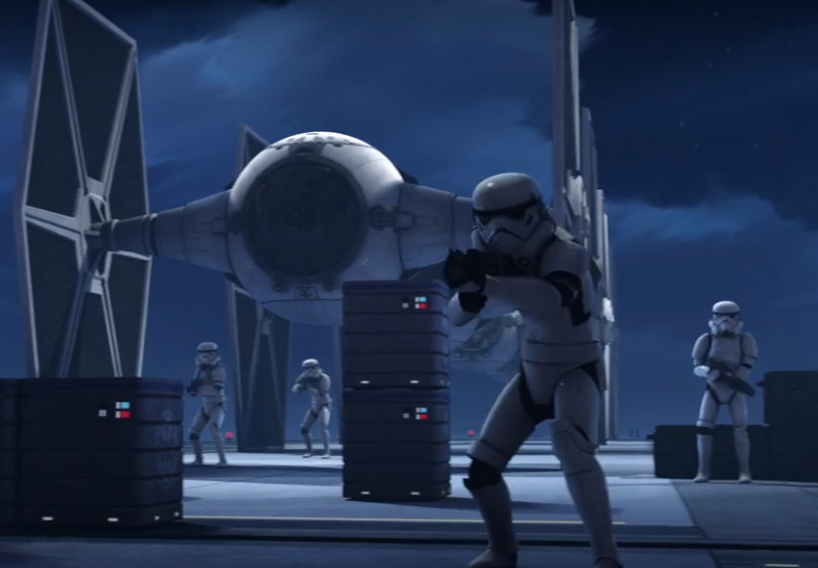 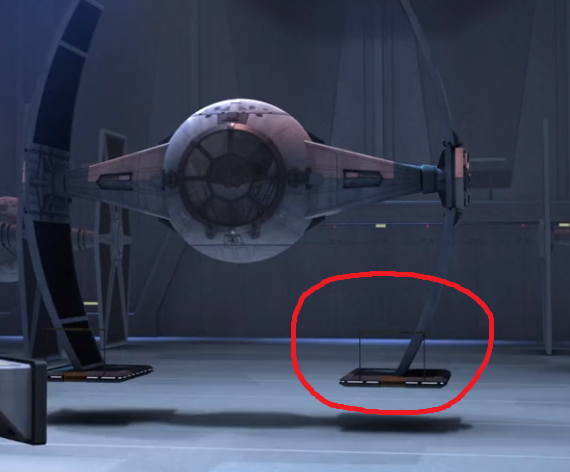 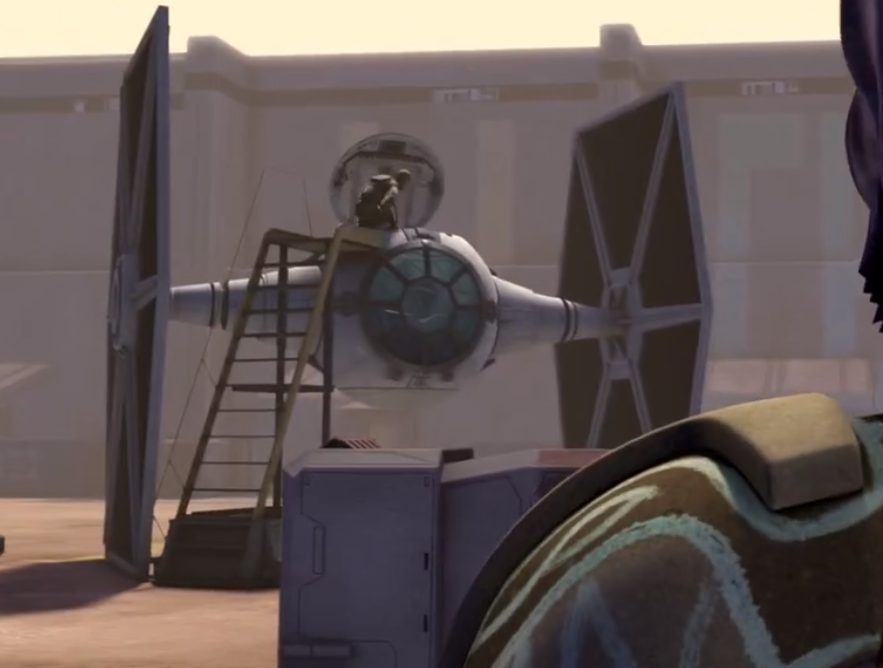 The statement that they can't land without support structures seems to be a misquote from the Star Wars: Tie Fighter Owners' Workshop Manual (which I might add is Legends canon) that states;

"Raith Sienar noted that the TIE fighters’ lack of landing gear reduced mass for maximum maneuverability, and also that the fighters were structurally capable of resting on their wings. Navy officials admired the economy of Sienar's designs, and further appreciated how the TIE fighter and its related racking system served to teach Imperial pilots to rely completely on higher authority."

15
Where do TIE Fighters generate thrust?
20
What is the ship in this scene?
8
Star wars tie fighter cockpit window changes orientation
8
Where do X-Wing fighters—and similar small scale Rebel craft—dock to refuel and tune up when in space?
6
Why does the Tie Fighter strafe Jyn when she was on the tower?
5
Why were shields on the Rogue One X-Wings not turned on or working?
7
Fighter cover during Death Star trench run
14
Why wasn't Darth Vader's TIE fighter recognized during the Death Star Assault?
4
Why are Star Wars fighter ships crewed with humans and biological sapients instead of droids?
24
How does R2-D2 — or any astromech droid — routinely get into and out of a T-65 model X-Wing in the timeline of the original trilogy?