Did Sauron have a sword?

In high fantasy, swords have played a preponderant role. Particularly, in Tolkien's epic novel The Lord of the Rings, the word 'sword' appears 330 times in its three volumes: 87 in The Fellowship of the Ring, 125 in The Two Towers and 118 in The Return of the King, the most famous sword being Narsil, the Sword of Elendil.

I don't know why, but I have always thought that Sauron had a sword. I have been researching about it and even though LotR fandom tags the sword among Sauron's weapons, it doesn't describe or elaborate about it.

The only mention of the sword of Sauron is in the card game The Lord of the Rings by Fantasy Flight games where it is called the Black Sword of Sauron used by a captain named Sahír: a corsair enemy.

I have tried to detail in Peter Jackson's movies if Sauron uses a sword, and I think I've seen a sheath at his waist, but I am not sure. I only see is his mace.

I want to know if within Tolkien's legendarium Sauron has a sword.

In the Jackson Lord of the Rings movies, Sauron has an (unnamed) sword. You can see him using it in this deleted scene of his fight with Aragorn.

Drew Hall of United Cutlery (makers of the licenced sword replicas for LOTR) posted a picture of the movie prop onto his Facebook page. 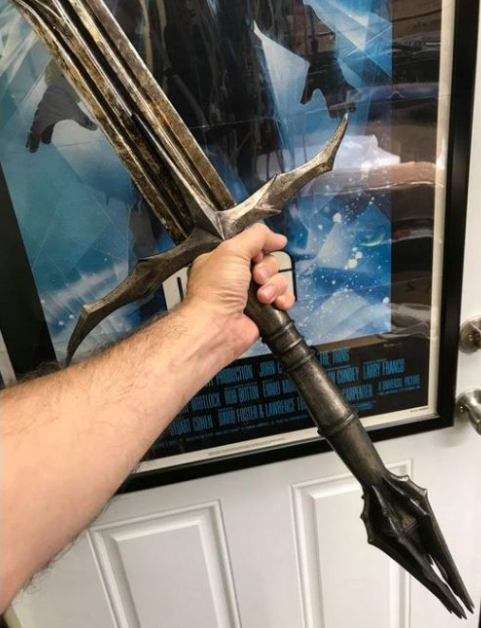 and you can see the full sword in the WETA-licenced Sauron figurine. 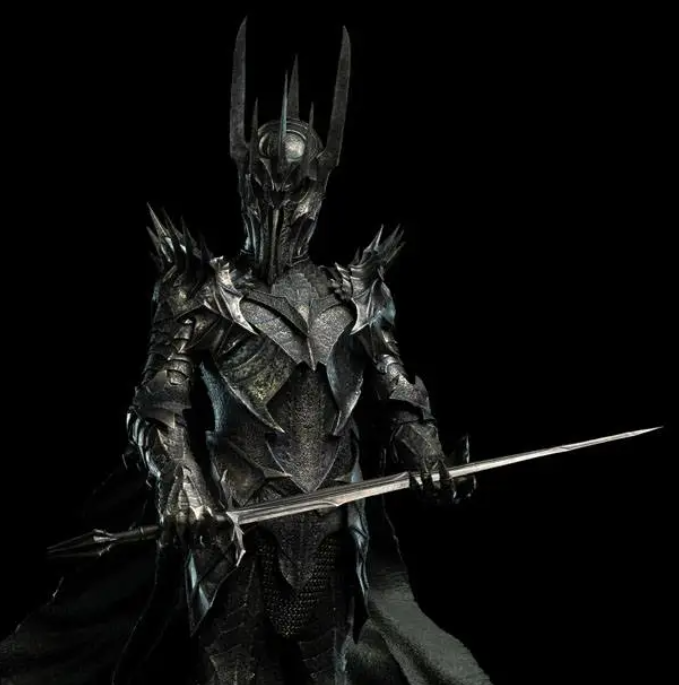 In the new The Rings of Power TV series, Sauron is also going to be depicted with a sword, as can be seen in this 'character poster'. 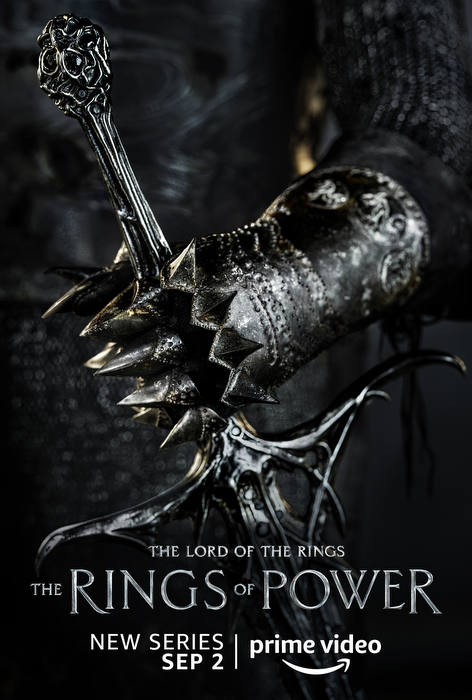 And, as you've said, in the LotR Card Game, we learn that Sauron had an earlier sword that was somehow lost in the sinking of Númenor. A corsair captain named Sahír manages to recover it (and is corrupted by it) but ends up throwing himself, and the blade, into the sea at the end of the quest. 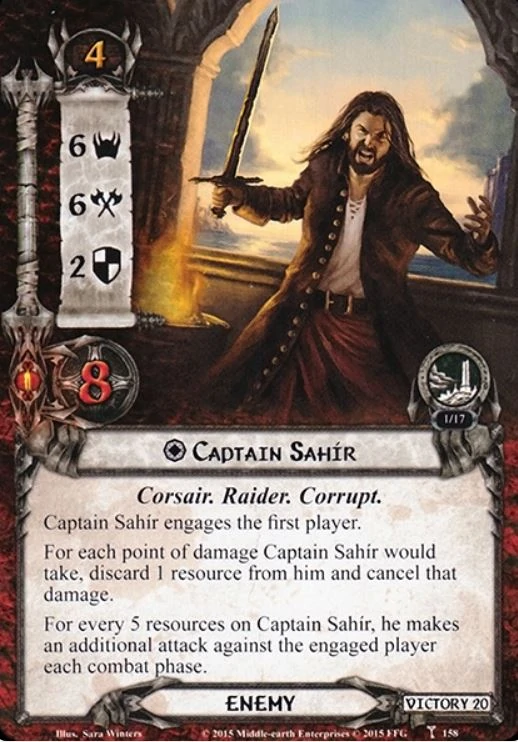