Is this is the only instance in Star Wars of two craft docking while in hyperspace?

In the season 1 finale of Rebels, Fire Across the Galaxy, the Imperial Gozanti-class cruiser stolen by the Spectres is seen docked with the Ghost in hyperspace, while in formation with the Rebel corvettes. 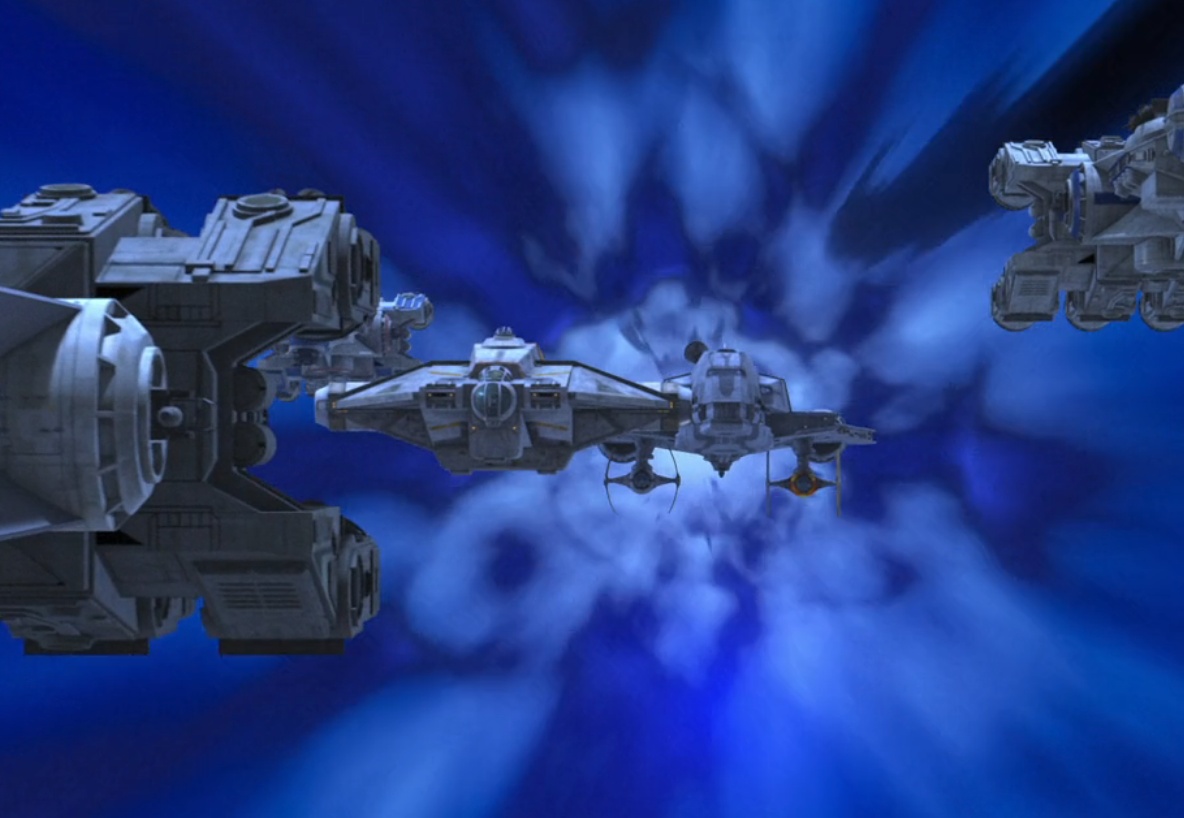 The previous scene had shown that the ships had entered hyperspace separately (unlike the TIE/ln and TIE Advanced v1 which had been already docked with the transport). While not shown on screen, the Ghost and Gozanti must have docked while in hyperspace.

The very next shot is of the Spectres disembarking from the Ties into the transport, showing that insufficient time had passed for the ships to drop out of hyperspace, dock, and then jump again while docked. Which would seem to be a bizarre thing to attempt anyway.

Is this the only instance of a docking procedure happening while in hyperspace in Star Wars?

If there are other canon (or even legends) examples of this, would the two ships be able to safely separate again? I am presuming that the situation is different to the scene earlier in the series where the separation of the Phantom from the Ghost was shown to be a dangerous thing to attempt, due to the Phantom not being independently hyperspace capable, meaning it was forcibly dropped out of hyperspace.

I havent seen anything, so i assume this is the only example (unless i missed somethings). There is another option however. "you always make a second jump" said by generation tech, in simple terms; you can determine the location by mapping the trajectory to a starmap, and using all possible locations, find where they most likely jumped. perhaps they docked after the first jump to meet up. thats how the empire found the Tantive IV.

Not the answer you're looking for? Browse other questions tagged star-wars star-wars-rebels hyperspace or ask your own question.