Who is Ciena Ree in The Empire Strikes Back?

Ciena Ree is a character from the Star Wars book Lost Stars who joins the Empire and is present for some of the more significant events of the movies. It's been a bit since I read the book, but I remember hearing somewhere that she's technically a character in The Empire Strikes Back, either in the sense that she says one of the lines from the movies or is present in the background. Who is she in ESB?

Ciena Ree doesn't appear to be an actual character in the original Star Wars trilogy movies, although her appearance in Lost Stars (and other media since) means that her character is certainly part of the official canon.

Her existence in those films is more in potentia. She's described as participating in a range of major events in the original trilogy, but without ever actually being seen in the original trilogy. She is, for example one of the officers that didn't shoot R2D2's escape pod, she was operating the tractor that captured the Tantive IV, she was on the Death Star when Alderaan was destroyed (but left for Dantooine before it was destroyed), she recovered Darth from deep space, she was present on Cloud City when Han was captured, she was piloting a TIE at the Death Star II, etc etc but she doesn't appear to be ever be in a position where we actually see her.

Contrast this with Evaan Verlaine who's an unnamed character that was given a name and back-story).

Notable examples where we nearly see her include;

She was one of the officers who didn't shoot R2D2's pod. Supposedly she was sitting next to Lieutenant Hija

Another escape pod launched, rousing her from her thoughts. The officer next to Ciena muttered, “There goes another one.”

She was present when the Emperor came onto the Death Star II. She was standing with a group of commanders that are slightly off-screen.

Finally, the hour came. Lord Vader strode out, black cape billowing behind him; from a distance, the white shuttlecraft looked like a star. As it came closer, Ciena could see the distinctive gray stripe on its nose, the marking that informed everyone this was truly the Emperor arriving. 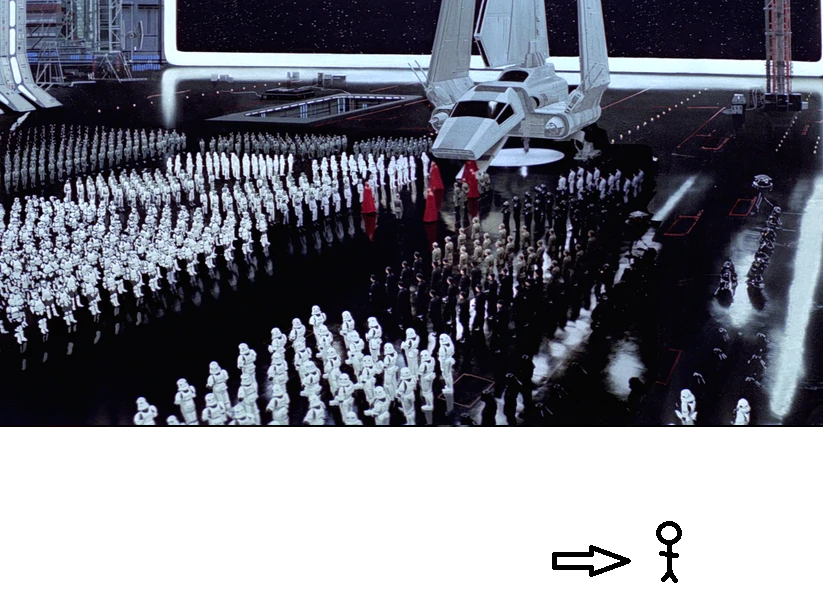 Not the answer you're looking for? Browse other questions tagged star-wars the-empire-strikes-back lost-stars or ask your own question.