Manhwa with a pink-haired female wizard/mage and a blue-haired male lead, who fall in love and accidentally end up back in time

I need help finding a manhwa. I can’t remember much, but the main character (MC) is a wizard/mage who eventually somehow gets paired up with the blue-haired male lead, and they start working together.

They start to fall in love, and somewhat towards the end of the manhwa, they defeat some kind of monster (dragon?) and accidentally end up back in time. So it’s around the time when the MC is a kid/toddler. The blue-haired dude accidentally splits up with his love (our MC) and meets a younger version of the MC, since it’s back in time.

They eventually go back to the current future and also get married. Can anybody help me? The manhwa is also completed by the way.

Pretty sure this is Sica Wolf.

On a mission to find the two most important people in her life, Sica steps foot outside the Magician's Tower for the first time ever! She soon meets Karsus, a mercenary swordsman who looks like her first love. Despite being confused for someone else, Karsus offers to help find the people Sica's looking for if she helps him with his work. Thus the two begin their adventure ― one that will change not only the fate of the Empire, but also their hearts! First love or Karsus... who will Sica choose?

This is a full-colour manhwa with 94 chapters, and it is complete.

Chapter 1 begins with a small, black-haired girl being pursued through a forest by a mob of angry villagers, who apparently regard her as a 'monster' and want her dead.

The story then skips forward in time, and the girl is now a considerably older, pink-haired magician, applying to register with a mercenary guild. At the guild, she meets a blue-haired swordsman who introduces himself as Carthus Lian (his first name is mostly spelled 'Karsus' in later chapters).

Upon seeing Karsus, Sica gets misty-eyed, claiming that they've met before, and that she's glad to finally see him again. He says he has no recollection of her, but she asserts that he must've forgotten, as she was so little back then, and that she was the 'wolf girl', whom he guided to the Tower of Magic.

Karsus insists that there's no way he could be the same person she met before, as he'd only have been a teenager back then. Realising that he is too young to've been the grown man she recalls having met before, she accepts that he must be a different person, despite the physical resemblance.

Much later in the story, in chapter 62, a human antagonist summons a black dragon from a portal in the sky, and in order to save Karsus, Sica teleports both herself and him away. The teleportation doesn't go as planned though, and they're both sent ten years back in time.

In chapter 71, Sica attempts to transport herself and Karsus back to their own time period, but once again, things don't go as planned, and Karsus wakes up alone in a forest. He then heads into a nearby village, and hears tell of a human-like 'monster' that the villagers are preparing to hunt down and kill.

This rings a bell with Karsus, and it occurs to him that this 'monster' might be the younger 'wolf girl' version of Sica, and that perhaps he's now fated to encounter that version of her, consistent with her recollection of having met a man resembling him at this age.

He subsequently rescues the younger version of Sica from the villagers, and escorts her to the Tower of Magic, just as she recalled. After that, the older version of Sica manages to summon him back to the present day, and he tells her about his experience meeting her younger self.

In the series finale, chapter 94, the pair get married, and the story concludes on a happy note. 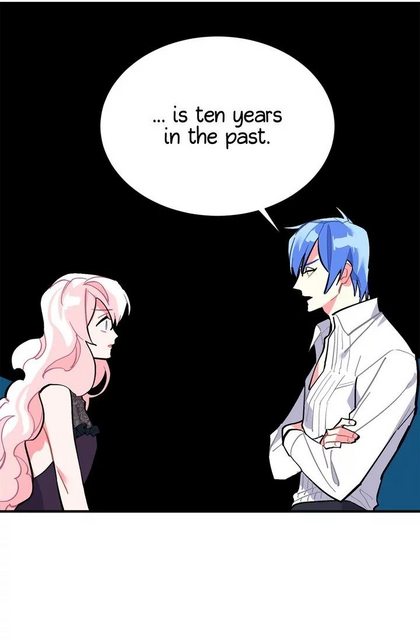 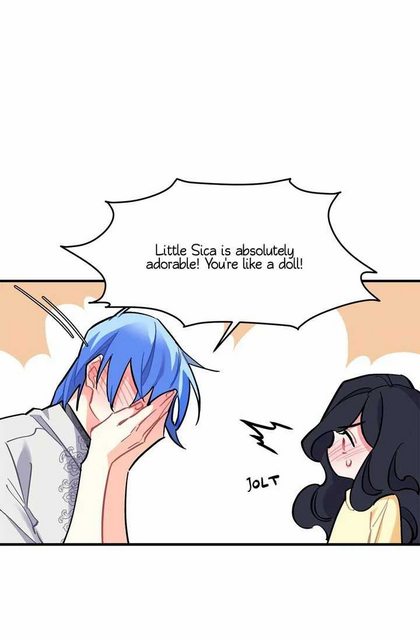 Not the answer you're looking for? Browse other questions tagged story-identification time-travel magic manga webcomics or ask your own question.

9
Science fiction novel about a man who travels through time and falls in love with a warrior woman
7
Movie about a boy who accidentally went back in time and ends up on a battle field
19
Time travel film: character with male and female reproductive organs is taken back in time by a barman who turns out to be themselves
4
Male lead is last human surviving, who gets killed and reincarnated back to when he's a child
1
Isekai fantasy manga with a male lead that reincarnates as a child with magic
1
Manhwa featuring a strong, pink-haired female lead with rose powers