An older time traveling manga about a girl who becomes a warrior after she travels back in time?

The manga is about a girl who travels back in time, the first and like second chapter is when she is still in the modern world. She falls in love with her brother (I think it was because they didn't grow up together and they met later, and she didn't know in the beginning that they were siblings). Then something happens and she tries to run away but travels back in time, then she becomes a warrior and meets a guy who she maybe falls in love with (she basically falls out of love with her brother because she time travels). The brother is not a big part of the story and I think he was only in the first chapters before she time travels but I could be wrong.

It's an older manga which I read in 2014 or somewhat at that time. The manga is black and white, some chapters are in colour of what I can remember.

Thank you all for the help! It's a korean manhwa from 2002 called Saver (세이버) written by Lee Eun-young.

I found the manhwa by searching the words manga, time travel and kendo (the word kendo that I got from a comment here made a huge difference in finding the manhwa) on google. I looked up the images and recognized the cover. 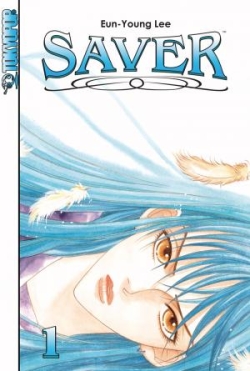 Not the answer you're looking for? Browse other questions tagged story-identification time-travel manga or ask your own question.