What characters can be identified in the Obi-Wan Kenobi trailer?

The official teaser trailer for upcoming Obi-Wan Kenobi series on Disney+ has been released and we are treated to some familiar faces and some new ones.

However, I suspect some of these characters that I think are new have been seen or mentioned in other Star Wars properties. So which ones can be identify using prior works?

To be concise I am asking about the following characters:

The others like Obi-wan himself, Owen Lars, young Luke, etc. I have worked out on my own (taps forehead).

May the Fourth be with you!

star-wars character-identification obi-wan-kenobi-2022
Share
Improve this question
edited May 4 at 14:38
Skooba
asked May 4 at 14:04

The first 3 are all Inquisitors, dark side individuals who hunted down the remaining Jedi after Order 66. We've mainly seen them in Star Wars Rebels and other content set at the same time such as the Star Wars Jedi: Fallen Order game.

The first one is the Grand Inquisitor, the highest ranking of them and the group's leader.

The third looks to probably be the Fifth Brother, at least that's what most places are reporting and he does look somewhat similar, costume-wise at least. 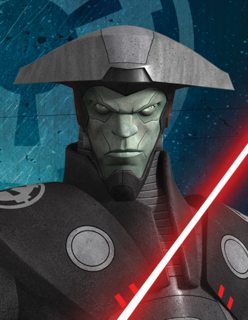 The second character here is the Third Sister but is also known as Reva. She is a new character for this series as far as I'm aware.

At this moment in time I believe that the fourth is currently nameless. It's reported he will be a contact of Obi-Wan's on a planet he goes to in the series but no name is yet given.

Not the answer you're looking for? Browse other questions tagged star-wars character-identification obi-wan-kenobi-2022 or ask your own question.

20
Are there any published details of Kenobi's communication with Lars family on Tatooine before ANH?
17
Why didn't Obi-Wan Kenobi hide better?
19
What is the origin of the name "Obi-Wan Kenobi"?
39
Why did Luke leave Owen and Beru's remains?
19
Why would Obi-Wan Kenobi say this?
7
Can these Star Wars characters as emojis be identified?
34
Does this cut material from Rogue One still appear in the novelisation?
4
Who follows Obi-Wan Kenobi and Luke Skywalker in Mos Eisley?