Show like Pokémon, with three teens finding a bear with crystals in a jungle lab [duplicate]

Ask Question
Asked 8 days ago
Modified 7 days ago
Viewed 197 times
4
This question already has answers here:
Anime like Pokemon but blue cylinders instead of pokeballs and a creature that was a giant white bear with blue crystals on its back (2 answers)
Closed 7 days ago.

When I was younger I watched this show on Hulu. I would like to find it.

I think the first episode went like this: three teens were in a jungle and found one kids dad's lab, and found a bear that fused with crystal. An organization with a black and yellow color scheme comes in and tries to take it.

story-identification tv
Share
Improve this question
edited May 8 at 10:02

"Monster summoning" (since it is Pokémon-like) and "bear with crystals" makes me think of Monsuno (2012).

Chase Suno and his friends, Jinja and Bren, are on a search for Chase's father, Jeredy Suno. However, they soon become involved in something else upon reaching their father's lab and becoming involved with an organism known as Monsuno. Chase, choosing to side with his father's work, denies S.T.O.R.M. access to the Monsuno and escapes. They are now on the run from the military organization, S.T.O.R.M., while still looking for Chase's father. However, a mysterious organization also has his eyes set on Chase and the group's Monsuno.

The gallery of the Wikia page of the first episode provides pictures of: 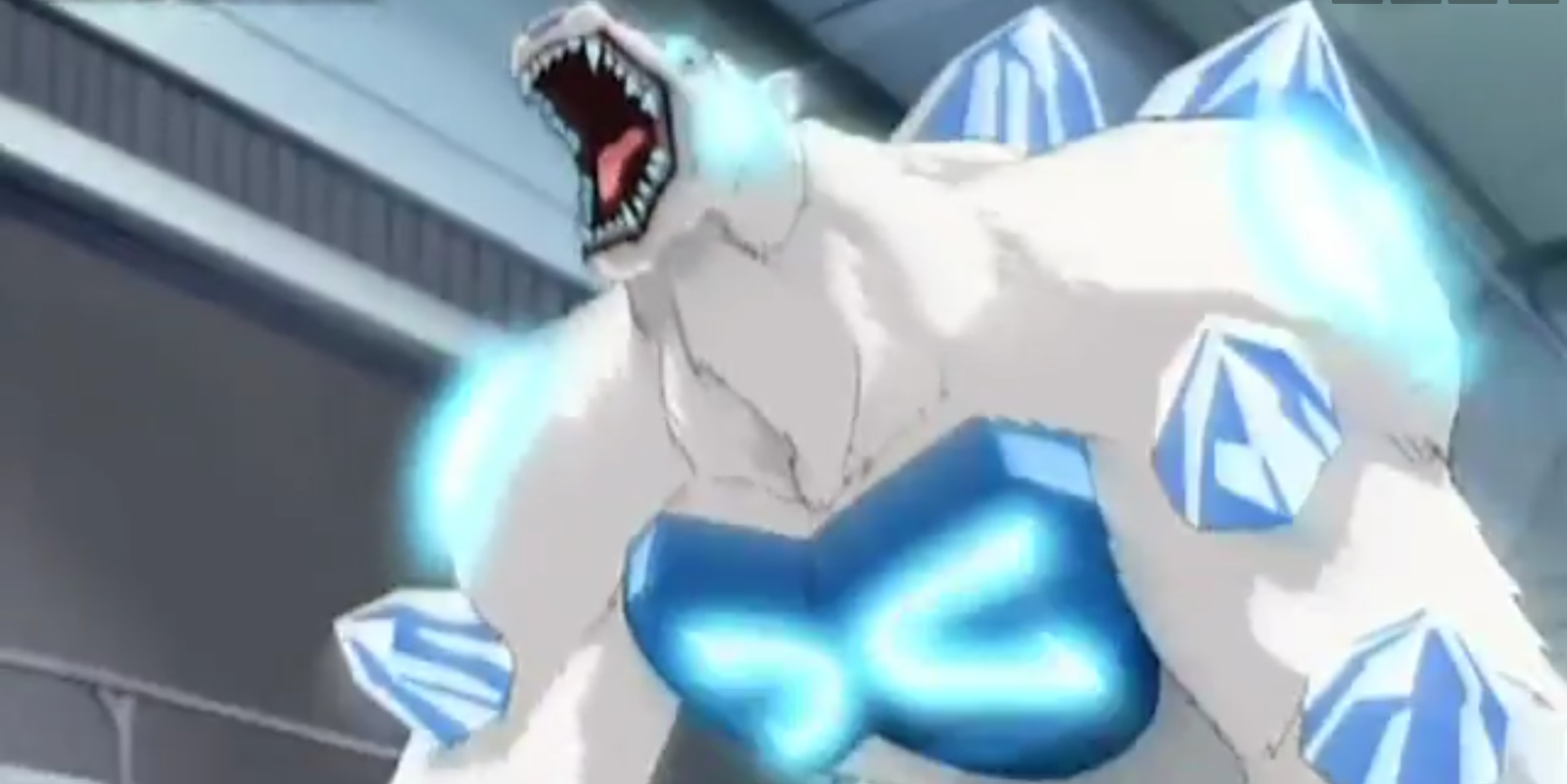 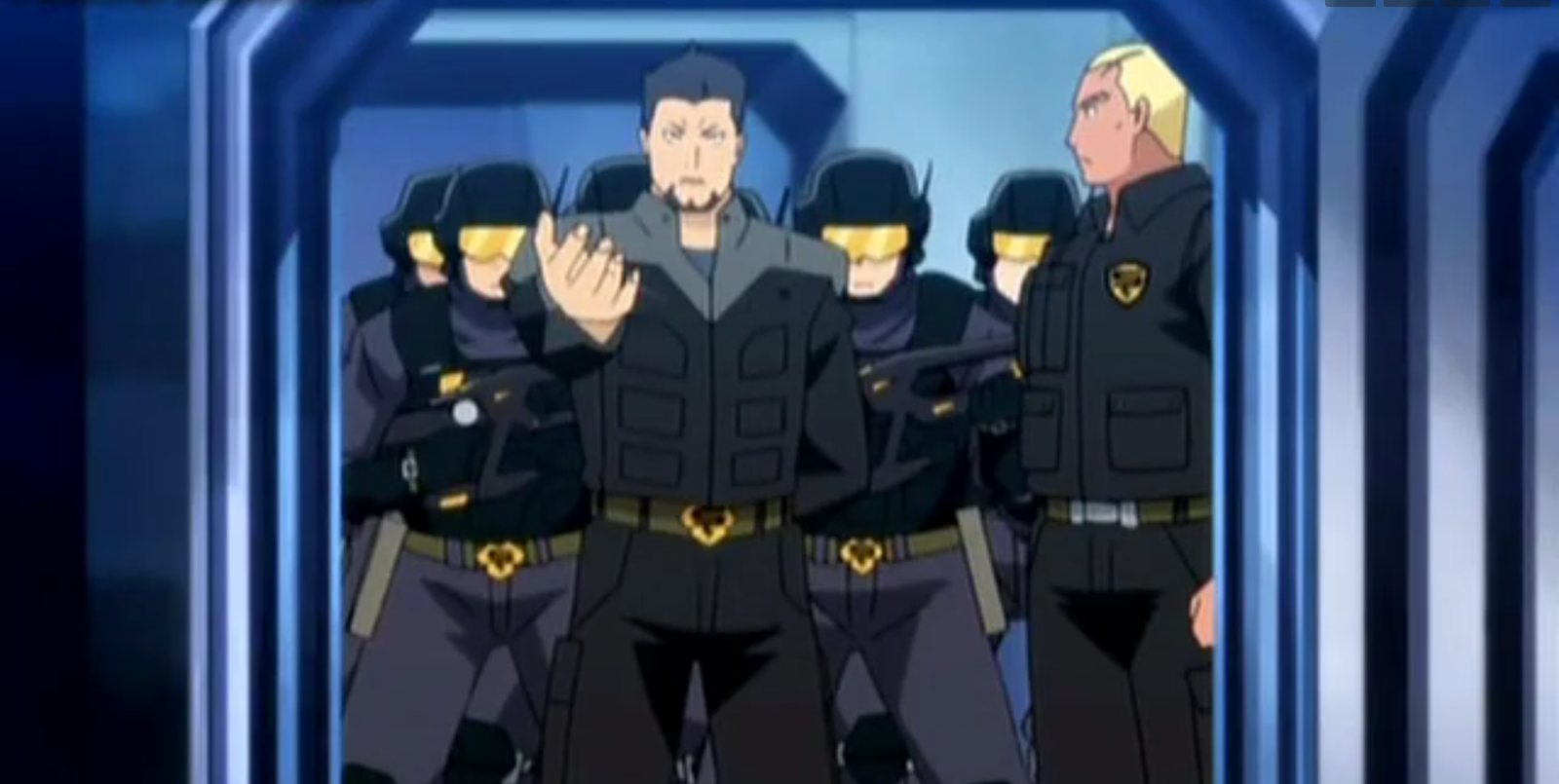 Remembered from my own answer to 2000s anime/cartoon where they throw vials that hit a surface and summon beasts.

9
Identify an Iron Man animated TV episode in which Iron Man recharged his armor using a Walkman
6
Can't find SciFi TV show (90s+, huge spaceship, crystal-key, pyramid-like droid)
4
Series about being that could change sex and age - "The Morph*"
6
Stop motion sci-fi kids show
9
Cartoon TV show aired in UK where creatures would be supersized as enemies, fought by a group of teens/young adults
5
TV kids show where there was a black and orange character looking bird
25
1990s TV series about a family getting stuck in Earth's distant past via a time portal/gate
8
TV series about an ancient lost city in the jungle and their war with a secret desert cult