Where is the story of Aladdin originally set?

I always thought that story of Aladdin was set in the Middle East because its 90’s cartoon intro uses “Arabian” Nights words.

But, a Quora answer challenged this belief. According to it, the story was set in India, not the Middle East. It compared the Sultan’s palace with the Taj Mahal. 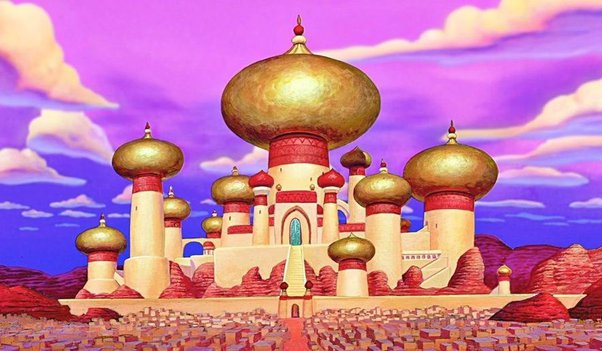 The palace isn’t a powerful point because India was once ruled by immigrants from the Middle East, so the architecture can match. But, another point challenged my belief: 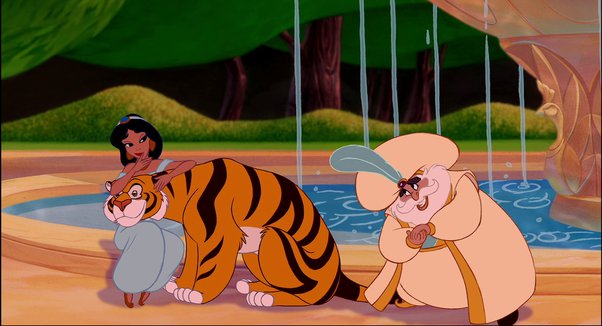 This is literally a Bengal Tiger which is found only in India. (Shere Khan in The Jungle Book belonged to the same endangered species, but the book clearly mentioned that the story took place in India.)

The Quora answer didn’t comment on Arabian Nights, but I believe it’s possible that the TV show used these words because the book 1001 Nights (which has Aladdin's story) is known in English as Arabian Nights. Although the book contains Middle Eastern folk tales, it’s possible that a folk tale can be about a faraway land and India is a good fit as it was known as land of mystics. So, I am confused.

Where did the original story of Aladdin take place?

Source for my answer is the Wikipedia article on Aladdin which does seem well referenced.

Known along with Ali Baba as one of the "orphan tales", the story was not part of the original Nights collection and has no authentic Arabic textual source, but was incorporated into the book Les mille et une nuits by its French translator, Antoine Galland.

It was stated early in the story to be set in China, but it's noted that the details of the story do not necessarily match this.

The opening sentences of the story, in both the Galland and the Burton versions, set it in "one of the cities of China". On the other hand, there is practically nothing in the rest of the story that is inconsistent with a Middle Eastern setting. For instance, the ruler is referred to as "Sultan" rather than "Emperor", as in some retellings, and the people in the story are Muslims and their conversation is filled with Muslim platitudes. A Jewish merchant buys Aladdin's wares, but there is no mention of Buddhists, Daoists or Confucians.

Notably, ethnic groups in Chinese history have long included Muslim groups, including large populations of Uighurs, and the Hui people as well as the Tajiks whose origins go back to Silk Road travelers. Islamic communities have been known to exist in the region since the Tang dynasty (which rose to power simultaneously with the prophet Muhammad's career.) Some have suggested that the intended setting may be Turkestan (encompassing Central Asia and the modern-day Chinese autonomous region of Xinjiang in Western China).

For all this, speculation about a "real" Chinese setting depends on a knowledge of China that the teller of a folk tale (as opposed to a geographic expert) might well not possess. In early Arabic usage, China is known to have been used in an abstract sense to designate an exotic, faraway land.

So it seems like it was given the setting of 'a city in China' to evoke an exotic setting.

The Story of ‘Ala-ed-Din and the Wonderful Lamp.

I HAVE heard, O King of the Age, that there dwelt in a city of China a poor tailor who had a son named ‘Ala-ed-Din. Now this boy had been a scatter-brained scapegrace from his birth. And when he had come to his tenth year his father wished to teach him a handicraft; and being too poor to afford to spend money on him for learning an art or craft or business, he took him into his own shop to learn his trade of tailoring. But ‘Ala-ed-Din, being a careless boy, and always given to playing with the urchins of the street, would not stay in the shop a single day, but used to watch till his father went out on business or to meet a customer, and then would run off to the gardens along with his fellow-ragamuffins.

This is preserved in Aladdin the pantomime, found on UK stages in January time, where Aladdin's Chinese friend "Wishy-Washy" works at his mother's launderette.

A man claiming to be Aladdin's merchant-trader uncle returns to the family home after his travels:

“O wife of my brother, let it not amaze thee that in all thy life thou hast neither seen me nor heard of me in the days of my departed brother; for it is forty years since I left this city and banished myself from my birthplace and wandered throughout the countries of India and China and Arabia, and came to Egypt and abode in its glorious capital"

He tells Aladdin of the magnificence and finery found in different parts of the world, promises Aladdin many fine things, to set him up in business, to make him wealthy beyond his wildest dreams.

Not the answer you're looking for? Browse other questions tagged 1001-nights or ask your own question.

19
How did the concept of Aladdin as thief originate?
7
How many genies were there in the lamp in 1001 Nights?
7
Why did the magician need Aladdin to retrieve the Lamp?