Isekai manga where the main character is summoned to another world, but is kicked out. He later fights a mimic and a vampire, and gets stronger

I am looking for a specific manga where the main character (MC) and his class are summoned to another world. I think he doesn't have good stats and is kicked out. But the main point is that he fights a mimic (chest monster), I believe, and later a vampire in the vampire's castle. The vampire says that he is someone powerful, but dies before he is able to answer.

The MC also has a female companion; I think she is an elf.

He fights a very powerful monster in a forest with a female fighter/knight, but is able to summon some sort of spooky monster through the veil, and it drops goop that "dissolves" the high level monster. He asks the knight to not tell the investigators what happened.

story-identification manga isekai
Share
Improve this question
edited May 25 at 0:12

Hidako Masamune is a high school student who suffers from continuous bullying by his classmates. Becoming tired of it all, he decides to commit suicide, but instead he is transported to another world along with all his classmates. When they arrive, they find that they now possess amazing abilities but he was only granted the status of a "healer," the weakest skill of all. The king decides to get rid of him by transporting him to another far away place, but not before Hidako swears revenge against the king, the kingdom, and all of his classmates.

The protagonist, Hidaka Masamune, was a bullied high school student who ends up committing suicide by hurling himself from the roof of his school. He then wakes up inside a throne room in another world, having been summoned there along with the rest of his class.

The king there is looking for heroes to help him fight magical entities his kingdom is at war with, and each of the students is instructed to bring up their status screen to reveal what their occupation class is in this world. Hidaka's class turns out to be that of 'Healer,' which is deemed the weakest, and as a result, he's considered useless and magically transported to a dungeon where he's expected to die. Just before transport, he becomes enraged and swears revenge on everyone present.

After wandering through the dungeon for a while, he finds a room with three treasure chests in it. The first one he checks is empty. The second one he checks contains a small potion, and a mysterious voice from the ether tells him to drink it if he wants more power. Hidaka thinks about the people he desires revenge against, and decides to take a gamble and drink the potion, despite not knowing what it is. After drinking the potion, he passes out for a while, but feels fine when he awakes. He then checks the third chest, which turns out to be a mimic (a monster in disguise), and bites him on the arm.

After being bitten, he runs out of the room to heal his arm, with the mimic failing to give chase for whatever reason. He wonders how he can beat a monster like that, since his 'Healer' class doesn't come with any offensive capabilities, but when he checks his status screen, he discovers that the potion he drank has granted him the new skill of [Mischievous Reversal], enabling him to reverse his healing skill into a technique called [Waves of Erosion], which is basically an energy field that destroys anything it touches. He then uses this to destroy the mimic, which gains him a large amount of experience, unlocking new healing skills and levelling them up to max levels.

Moving on through the dungeon, Hidaka acquires a magical staff called [The Wrath of Saints], after defeating a large, armoured guardian with [Waves of Erosion]. He then enters another room with a human-like being in it, sitting on a throne, who introduces himself as Shaon, the King of Snakes; I'm guessing he's the 'vampire' you mentioned. I think he was just the demon lord of this dungeon, but he does resemble a vampire, with fangs and pointed ears, and is accompanied by a small, flying creature called Zuuri, which looks like a large eye with bat wings. Hidaka destroys Zuuri with [Holy Light], an energy beam projected from the staff, and mortally wounds Shaon with [Waves of Erosion]. While lying on the floor, dying, Shaon agrees to answer some of Hidaka's questions, but expires before he can finish.

Some time after exiting the dungeon, Hidaka encounters a female knight, called Sierra Ecarlat, and later, a female paladin called Toatrica Rosev Urzola, whose race is listed as 'demon,' although she looks human. They both accompany Hidaka on his subsequent adventures, and while battling a large monster alongside them in a forest, he uses an attack called [Goddess' Bloody Tears], which causes a giant female face to appear above the monster and cry black tears, which rain down on the monster and dissolve it like acid. Hidaka asks Sierra to keep everything she saw a secret, as he's trying to conceal his identity and maintain a low profile.

Later in the story, he rescues a small 'Beastfolk' girl, called Nemu, from slave traders. Nemu has cat ears and a tail, and joins Hidaka's party after this, becoming very attached to him. I'm guessing that either Toatrica or Nemu is the 'elf' you mentioned, but the latter seems more likely, as she's the only one who's visibly not human. 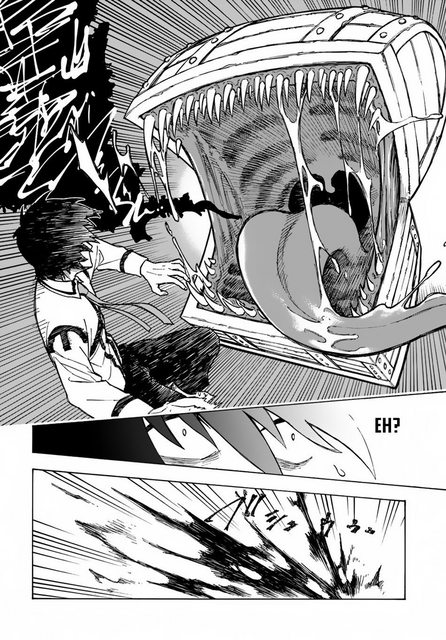 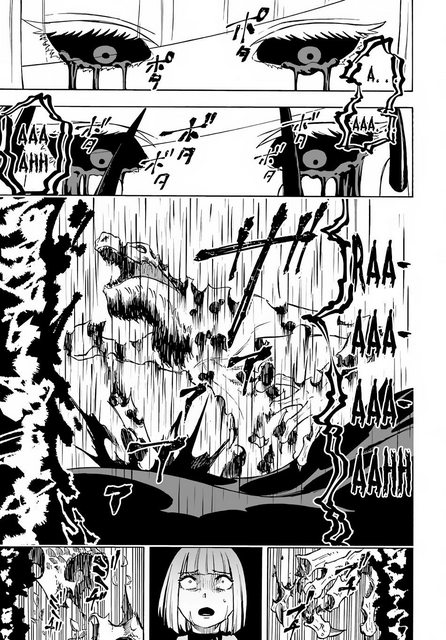 3
Isekai Manga where a bullied high school protagonist commits suicide, is transferred to a world where he finds a potion of god