How deeply have the comic books gone into what sort of radiation Kryptonite emits, whether it decays, and its useful properties besides injuring Superman. I saw that its atomic number is 126, so it is supposed to be a presumably radioactive element, but the radiation it gives off are not (only) alpha, beta and gamma rays.

There's differing information available on this subject, depending on which source you look at, and which era of the comics that source is speaking to.

According to the Who's Who: The Definitive Directory of the DC Universe Vol. 1 #13 entry on Kryptonite -- which refers to issues set within the Pre-Crisis/Earth-One comics continuity -- Kryptonite has a high atomic weight, and all its isotopes have a half-life of several years or even centuries, but all forms of Kryptonite will eventually decay into iron.

Of these three exceptions, only White Kryptonite is naturally-occurring.

Finally, the entry notes that Kryptonite can be used to protect Daxamites like Mon-El from the ill effects of lead poisoning.

HISTORY: When the planet Krypton (see Krypton) exploded, most of its substance was transformed into a new element, Kryptonite.

This is one of the few elements with a high atomic weight that are reasonably stable. Kryptonite is radioactive, but all its isotopes have half-lives of several years, even centuries.

Unlike most forms of radioactivity, that emitted by Kryptonite only affects life-forms native to Krypton—with two exceptions noted below. Thus Kryptonite radiation cannot harm Earth people in any way. It cannot even harm people from Krypton-like planets. Indeed, Kryptonite can actually protect natives of the planet Daxam from the ill effects of lead poisoning, and therefore Brainiac (see Brainiac 5) used a small amount in the serum he made for Mon-El (see Mon-El).

X-Kryptonite is a rare isotope accidentally created by Supergirl while seeking a cure for K poisoning. Its effect is to give temporary super-powers to Earth beings, as it did to Streaky the Supercat (see Legion of Super-Pets).

White Kryptonite is one of the exceptions to the rule that K only affects Kryptonians. This variety is deadly solely to plant life—but it kills any plant form, whether it originated on Krypton or not.

Blue Kryptonite is the other exception, and the only type created by Superman—to prevent the Bizarros (see Bizarro and Bizarro World) from attacking Earth. The Man of Steel used the Bizarro ray to create imperfect duplicates of Green K, thus coming up with something capable of destroying Bizarro-Supermen. (They were grateful!)

All forms of Kryptonite will eventually decay into iron, just as radium decays into lead. 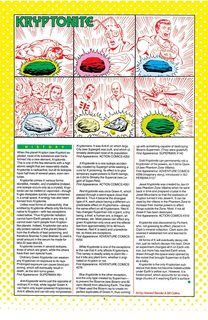 I don't think these numbers are officially canon (or, at least, have been mentioned in an actual story), but according to Superman: the Man of Steel Sourcebook -- a companion piece to a DC superheroes role-playing game, published concurrent to the Post-Crisis/New Earth comics continuity -- the atomic number of Kryptonite is believed to be 126, while its half-life is thought to be approximately 250,000 years.

Kryptonite: Kryptonite is the common ore of the super-actinide kryptonium, an unusually stable transuranic element, whose atomic number is believed to be 126. Kryptonite's half-life is thought to be approximately 250,000 years.

Contrary to what was stated about Kryptonite radiation in relation to the Pre-Crisis comics, it's mostly certainly harmful to humans in Post-Crisis stories.

Although the effects of Kryptonite radiation on humans aren't immediately apparent in the Post-Crisis continuity, it was discovered that Lex Luthor had contracted cancer in his right hand after wearing a ring embedded with a small chunk of Kryptonite on that hand for a period of several months or years. The hand was amputated to prevent the cancer spreading, but he later became terminally ill with cancer anyway, and had to transfer his mind into a cloned body to save himself.

GRETCHEN KELLEY: Good afternoon, Lex. And how are you feeling today?

GRETCHEN KELLEY: Not too good, I expect. But at least the muscles and nerves of your forearm were unaffected by the Kryptonite poisoning.

LEX LUTHOR: Mm... you appreciate the irony of this, do you, Kelly? I fashioned myself a Kryptonite signet ring... which has effectively kept Superman at bay for years now; but the poisonous effects of that same radiation...

GRETCHEN KELLEY: ... is what cost you your hand. Yes, I'm well aware of that, Lex. 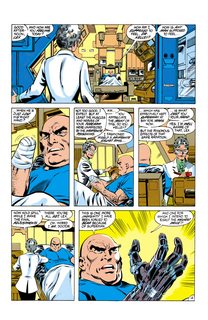 The ring later came into the possession of a middle-aged vagrant, and then Batman, who took it from the vagrant after he died from a heart attack while being mugged. When Batman later looked up the vagrant's police file, it noted the presence of an unidentified radiation within his bloodstream, measured at a level of 75 rems per hour, and concluded that the radiation aggravated the vagrant's existing symptoms of heart disease and acute alcoholism, resulting in his death by cardiac arrest. Batman estimated that the vagrant had the ring for a couple of weeks, and Batman himself was mostly shown to use radiation-shielding and lead-lined containers when handling it.

Cause of Death: Cardiac arrest

Comments: Subject suffered from advanced heart disease, along with symptoms endemic to acute alcoholism. Of note was the presence of an unidentified radiation in his bloodstream. Level of radiation at 75 rems per hour were measured. Conclusion: the radiation aggravated his already disease-ravaged system, causing death. 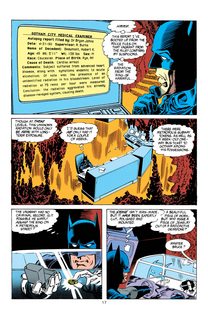 Metallo, typically has a chunk of Kryptonite installed in his chest cavity as a power source, and the creator of his cybernetic components, Emmett Vale, indicated that it was a more potent power source than uranium.

EMMETT VALE: I've spent years studying all the realms of human science, readying myself, waiting for this day! The day I could send my chosen warrior out into the world--with this piece of Kryptonite as an inexhaustible power supply. There! By replacing the uranium I had in your chest cavity with this Kryptonite... I give you more power than any human has ever known!! 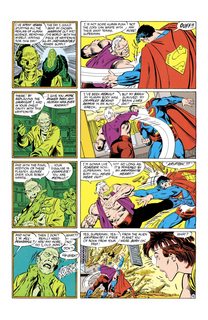 Mongul and Hank Henshaw also used a large hunk of Kryptonite as the power source for Engine City, in the "Reign of the Supermen" storyline.

HANK HENSHAW: Welcome to Engine City's "gas tank." But instead of gas we use a rather unconventional power source. I assume you recognize it, Kal.

HANK HENSHAW: Mmm, hmm. When used properly, this cast-off from Krypton gives off enough radiation to power a city! 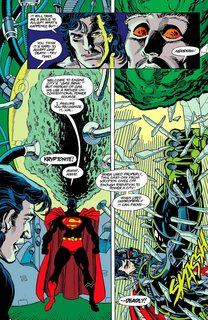 Not the answer you're looking for? Browse other questions tagged dc comics superman physics kryptonite or ask your own question.