Manga or webtoon about a guy who has this aura that can't be suppressed, and all the demons want to get him

It's about a guy who has this aura that can't be suppressed, and all the demons want to get him. He can't leave the shrine that he has been in because of the aura he emits.

He finds out that he has a small domain and he can control anything in the small domain. When a demon was in his shrine he killed it and that's how he found out that he could expand his domain from a system (I think) by killing things in his small domain.

He also ends up getting a human disciple and 3 demon disciples. The 1st goal is to get his domain as big as the mountain that he lives on with the sect he makes.

I know that's a lot but info but I can't seem to remember the name.

I found it. It's called Invincible at the Start. 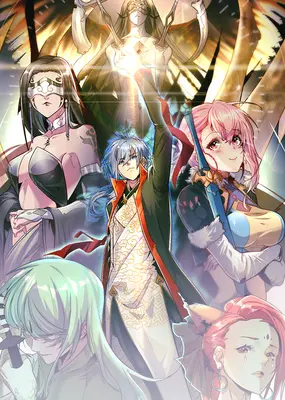 “Ding, the host has opened the invincible field! As long as the host is invincible in the field…!” As a nerd, Chen Changan travels through the fantasy world, facing countless monsters and ghosts from the outside world, Chen Changan decided not to leave his invincible field before becoming immortal. When he is bored, he occasionally raises a few cute and sweet apprentices, and accidentally cultivated them to become leaders in the spiritual world, which turned the world upside down.

Not the answer you're looking for? Browse other questions tagged story-identification manga webcomics demons or ask your own question.

13
Book with two main characters/stories. The main guy has a diary he finds that talks to him
8
Webcomic about a demon, a humanoid and an angel
5
Webcomic from around 2014-16 about demons and pacts
6
Manga about a guy about to suicide making a deal with a demon, he gets rich but one of the demon's daughters will eat his heart after a year
2
Isekai cultivation manhua with multiple reincarnations
3
Manga with an overpowered MC with the ability to control demons and monsters
6
Online fiction (originally prose fiction, later had a partial webcomic adaptation) about a boy and a succubus
5
Manga about a member of a sect, whose leader is from a sect that was destroyed