Could Avada Kedavra Be Used Legally Against Werewolves In Their Transformed State?

Could Avada Kedavra be used legally against werewolves in their transformed state?

Humans turn into werewolves only when bitten. There is no known cure, though recent developments in potion-making have to a great extent alleviated the worst symptoms.

Once a month, at the full moon, the otherwise sane and normal wizard or Muggle afflicted transforms into a murderous beast. Almost uniquely among fantastic creatures, the werewolf actively seeks humans in preference to any other kind of prey [...]

This classification [beast] refers, of course, to the werewolf in its transformed state. When there is no full moon, the werewolf is as harmless as any other human.

Werewolves are kind of a juxtaposition. They are human, but also beasts -- one of the most dangerous, murderous beasts, in fact, who actively seek out human prey.

‘Now ... those three curses – Avada Kedavra, Imperius and Cruciatus – are known as the Unforgivable Curses. The use of any one of them on a fellow human being is enough to earn a life sentence in Azkaban.' - Mad-Eye Moody

I do not prefer an answer from the HP Wikia or the Wikipedia.

If a witch or wizard was to use Avada Kedavra against a human while he/she is transformed into a werewolf, would that be considered legal?

No, it would not be legal.

A werewolf. It is actually a human being with the following properties activated:

Now let us think further: None of those properties are their fault - they all come from a disease. A disease: they're humans with a disease that gives such properties.

To put this in a better perspective, let us compare it with the imperius curse plus a transfiguration jinx. A human affected by this can present the following properties:

The same properties you can find on a werewolf. And yet, this is still a human being - and you shouldn't apply Avada Kedavra on them.

This is an interesting question, but unfortunately, I just don't think we have enough information from books, films, videogames, Pottermore or any other media that I can think of to answer it. I would say that a lot of the answers given so far have drawn too much from our real-world legal and ethical systems, to the point of speculation. J.K. Rowling would be the only person who knows just what the Wizarding definitions of human and animal are.

I mean, what about Animagi? If an Animagus was hit with the Avada Kedavra while in his/her animal form, would that be deemed as an act warranting life-term imprisonment? Yes, werewolves have no control over their actions, as opposed to animagi, but Sirius Black himself stated that his emotions are less human and complex when he is transformed - so how much of the human can be said to have been murdered if the transformed person has a part-animal mind? Like I said, only Rowling could answer this, we can only speculate. Fantastic question, though!

I think your questions are better suited to Joanne herself. In my opinion no, not legally. But I'm sure Cornelius Fudge would make excuses if someone like Umbridge (From the Ministry) killed a werewolf. But they cannot help themselves and it's not their fault if they were bitten by someone like Fenrir Greyback. What I want to know is why people critise werewolves so much? They're just as human as we are, therefore have the same rights.

I don't think Crucio would be legal but in LIFE THREATANING conditions the imperius curse could be used to send the werewolf away. To stop a werewolf transforming, you could use a wolfsbane potion, and then there would be no need to use any curse or spell against it. 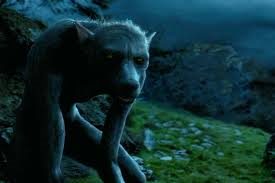 Not the answer you're looking for? Browse other questions tagged harry-potter magical-theory werewolf or ask your own question.

5
Does human magic have the same effect when applied to non-humans?

7
Could Avada Kedavra be used as a non-lethal attack?
10
Can an Animagus Be Infected With Lycanthropy While In Animal Form?
12
What Is the History of the Unforgivable Curses?
19
Why wasn't Crouch Jr/Mad-Eye Moody sentenced to Azkaban for casting the Imperius Curse on students?
10
Could the Imperius curse be used to control werewolves?
9
Can Kevlar or some other kind of body armor stop unforgivable curse?
15
What is a werewolf cub?
5
In Harry Potter, is there a cure to werewolf bites?
12
Are the Unforgivable Curses 'Unforgivable' outside of Britain's magic community?