I read this manga months ago. It's about a man who returns from an Isekai world to Earth.

I recall that just before he returns two girls from his party confess that they had a crush on him but now that he is going they are going to date two other guys from the party.

The main character tries to stay back after hearing that but the guys pushed him to the portal (I think its a portal).

After returning he finds that a long time has passed and coincidentally meets an old female friend. At first she kind of recognises him but dismisses it because he looks young.

He was a magician or saint, someone who uses magic and can now use magic in Earth too. There was also a small girl (I think) close to his female friend who can also use magic.

A long had passed since Mc left and returned back to Earth. The female friend has grown from a student to an adult. That is why she dismisses that it could not be her old friend(Mc) because Mc still looks young.

This is Isekaigaeri no Daikenja-sama wa Soredemo Kossori Kurashiteiru Tsumori desu (The Great Sage Who Returned From Another World Wants To Live Quietly), also identified here.

Saito was reincarnated to the other world at the age of 15, becomes the Great Sage, and defeated the Demon Lord. Shortly after that, the door connecting the other world and the real world opens, and Saitou return to Japan with the power of the Great Sage. However, 19 years have passed in the real world. Saito, who was drifted away for so long, met his childhood friend Kanako, who’s now a single mother. But it seems like there’s someone who’s targeting Kanako’s life…

The small girl you mention is her daughter. She's able to use some magic and confronts the main character, but he's stronger.

His two female companions in the other world declare they loved him, but since he's leaving they'll just get with the other party members. He doesn't want to leave and briefly comes back through the door, but they force him out. He thus returns to Japan, naked. 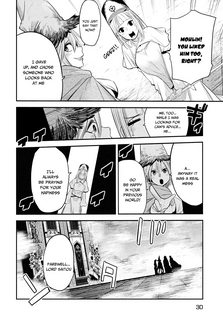 Could this be Kikanshita Yuusha no Gojitsudan (The Fate of the Returned Hero)?

In a fraction of a second, an university student, Kashiwagi Yuuya was summoned to another world and came back. Time didn’t pass in Japan, but Yuuya has completed the quest as a hero in another world and successfully returned. But to his surprise, he still retains his powers as a hero. Thus started the unordinary life of a hero in present day. 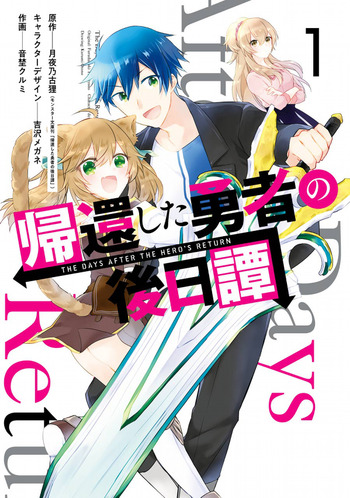