Years ago, in the middle of the night, I woke up and a strange show I’d never seen before was being aired on Disney. It was about a blonde girl, and she lived on some kind of space station with friends. The title of the show had a 'Z' or something in it. The episodes were also numbered in the title, so the names would look something like “name of the show 4,” and there seemed to be a lot of them, because when I watched the show, it was on 16.

Could this be Zenon: Girl of the 21st Century? 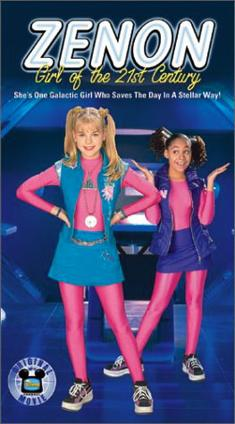 This accounts for your memory of "the episodes being numbered in the title," but not that it was the 16th entry.

17
A TV show about Space Station
8
I am trying to track an Asimov short story in black-and-white
7
80s/90s TV show: girl with strange (robotic?) voice talks to a "Zordon", maybe in a ship of some kind
9
Sci-fi manga about a boy with an alien girl classmate
11
Sci-Fi/Fantasy Anime about a girl who turns into a world-destroyer
7
Looking for a children show with talking dogs