Other than being born in Somalia, is Geordi LaForge in any way Somali or connected to Somalia?

According to Memory Alpha, Geordi LaForge was born in Mogadishu, Somalia. However, his parents (Silva and Edward LaForge) don't have Somali names (and Geordi isn't very Somali), Geordi culturally seems very American rather than Somali (unless you count his love of Italian food as related to the legacies of Italian colonialism on Somali cuisine, but that seems unlikely).

Is there anything to suggest in any canon or EU material that Geordi LaForge has any connection to Somalia other than being born there?

Nope. There are zero mentions of Somalia, Mogadishu or the African Confederation in any episode, aside from a single (blink and you'll miss it) shot in TNG: Cause and Effect that wasn't easily readable until the blu-ray was released. 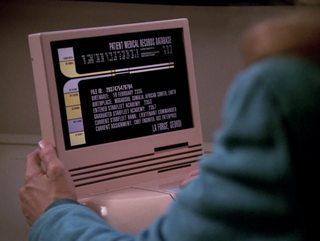 Geordi goes to Mogadishu in the TNG novel Losing the Peace. We learn that he considers it his hometown and that he grew up there, before joining Starfleet.

Geordi La Forge turned his face up to the equatorial sun high overhead, letting its warmth wash over him. There were still a few weeks left until the rainy season came to this part of the African Confederation, and it was significantly warmer than he was used to on the Enterprise. But he couldn’t very well complain about that.

Because, after all…he was home.

From his vantage point atop the metal bleachers bordering the Zefram Cochrane High School athletic field, he could see the Mogadishu skyline to the southeast and—by virtue of his cybernetic optical implants—the Indian Ocean beyond. Old-fashioned sailboats drifted lazily on the blue waters that lapped against the pristine white beaches along the Somalian coast. It was hard to believe the city had been largely destroyed in the years between the second and third world wars, and abandoned to rival militias. The ancient port city experienced a renaissance in the late twenty-second century, and was rebuilt in a manner that reflected its long history as a major trade center, using the most modern architectural techniques. It may not have been Paris or San Francisco, but it was as pristine and perfect a city as any other on the paradisiacal world called Earth.

And on the field, he was watching the Cochrane Flyers face off against their crosstown rivals, the Mogadishu Central High Scorpions. The school band played as, all around him, the other spectators shouted encouragement to the players or chatted among themselves about nothing in particular. All of a sudden, the entire crowd jumped to its feet and exploded in a mighty roaring cheer. Geordi stood up a second later and saw the Flyers celebrating what must have been an impressive goal.

12
Have the Douwd made any other appearances in Star Trek canon other than "The Survivors"?
17
Are there any human Star Trek characters who have native languages other than English/Federation Standard?
7
Is there any canonical evidence of Vulcan nerve pinch being used on species other than humans, humanoids and horses?
3
Why didn't the Vulcans play any active role in any series other than Enterprise?
12
Have any humans remained conscious after a Vulcan nerve pinch other than Khan Noonien Singh?
13
Other than a new position, what benefits were there to being promoted in Starfleet?
3
Do any other Enterprises have locations named in a similar way to 'Ten Forward?