Book about a Dyson sphere and telepaths

Here is everything I remember:

I personally read it around the year 2000 but I know it was a much older book, maybe 60s or 70s. I remember that specifically because the idea of binary code being used in the book was a big deal.

It's a book that begins with a mystery, possibly trying to find some lost race of ancient/precursor aliens. There is a map involved, but it had a lot of data in it that had to be transmitted telepathically. This map was ostensibly to find the home of these ancient aliens. The telepaths devised a way of transmitting the map by turning it into Binary code. The main character's...mother? sibling? is a telepath and also disabled. There is an android in the book and the main character's girlfriend is jealous of the android who she perceives as trying to take her boyfriend. In the end they figure out the map, arrive at the home of the aliens, which is a Dyson sphere, and find that they are basically catatonic. They find some kind of technology that allows anyone using it to access the telepathic network.

I'm really hoping it's a real book and not just a bunch of books I'm mashing up.

It's been a long time, and I hardly remember it, but Across a Billion Years (1969) by Robert Silverberg involves an archaeological expedition that ends up exploring a precursor-created Dyson Sphere. 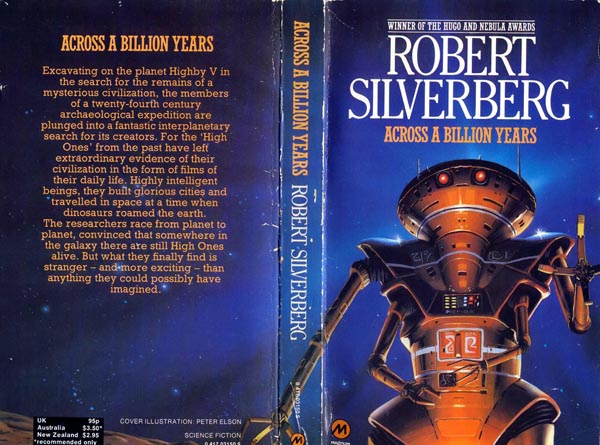 There is a galactic telepath network, and a female android (Kelly) and they do use binary to send a very important picture back to Luna for analysis by TP network faster than it could be done by ultraspace.

We had to get our data to the observatory, now. The easiest way to accomplish that would have been to ship our photos to Luna aboard the next ultraspace vessel to call at Higby V. One of the regular multihoppers was due here in the middle of September and would be reaching Sol system in its roundabout way a couple of weeks after Christmas.

Which is far too slow.

But that seemed like an impossibly long time from now. So the three bosses conferred and decided to send the data to Luna City via TP. That's right — TP transmission of photographs. I can feel you shuddering from here.

And they do send a binary encoding of a bitstream:

It turned out that Ron Santangelo transmitted the details of those photos in the most prosaic way possible, using a method that was invented more thatn three hundred years ago so that the primitive space satellites and flybys could relay photographs of the Moon and the planet to Earth. [...] each little photo was placed before an optical scanner that converted it gradations of black and white into data bits. Ron then took the printout and transmitted it to the TP network.

The story is essentially told in the form of an extended diary from the protagonist to his sister Lorie, who is a telepath but disabled and bedridden:

But I don't want to make things any tougher for Lorie by giving her these little sidelights on archaeological romance. How lousy it must be to be stuck in a hospital room for your whole life, with a million different monitoring instruments taped to your skin or hooked right into your nervous system, and knowing that you'll never walk, kiss or be kissed, go on a date, marry, have a family, anything! She's got her TP... but is it enough?

Take our android, for example. Her name is Kelly Watchman, and her specialty is vacuum-core excavation.

Kelly is probably around ninety years old, judging by her vat number [...] being an android, she doesn't age at all, and so she looks about nineteen. A very sexy nineteen, naturally; if you're going to make artificial human beings, you might aas well make good-looking ones

Tom ends up in a relationship with the only (mostly) human female on the expedition, Jan Mortenson, but they hit a patch where she is jealous of the time that Tom is spending with Kelly

Jan didn't start cooling on me until after the night when she walked into the cruiser's library and found me talking with Kelly. I think Jan believes I've been fissioning around with her, that I'm having an affair eith her.

I swear I haven't given a cough in Kelly's direciton, not once. Kelly and I have become good friends, but purely platonic. There can't be anything real between us — and Jan knows it. [...] Or is Jan jealous simply of the time I spend with Kelly?

The "Mirt Korp Ahm" are precursor aliens, who current galactic civilization know as the "High Ones." The last record of their existence ends some 850 million years ago.

Sealed in a vault on an asteroid (in the "1145591 system") they find a robot (a Dihn Ruuu, a "Machine To Serve") that has been there for over 941 million years. It leads them to a colony around another star (McBurney IV) which the Dihn Ruuu alone have occupied since the Mirt Korp Ahm left 84 million years ago. These robots reveal that the alien home system was converted into a Dyson sphere:

According to communications received on this planet 13,595,486 years ago, the Mirt Korp Ahm embarked on a project at that time for the transformation of their home system into an enclosed sphere permitting full utilization of the solar energy. An uninhabited planet of the system was used as the source of mass for this project.

In the Mirt Korp Ahm homesystem they are admitted to the sphere and the Dihn Ruuu meet the ship and show them around, revealing that there are few Mirt Korp Ahm left:

Dihn Ruuu said, "The current Mirt Korp Ahm population of Mirt, I have been told, is 4,852. There has been no significant change in that figure in the past hundred thousand year. The last actual death was recorded here 38.551 years ago."

"And the last birth?" Mirrik asked.

Dihn Ruuu stared at him a long moment and replied, "Approximately four million years ago. After that their fertility was exhausted."

In a cavernous six-sided room [...] a cluster of massive machinery converged on a cup-shaped couch of glossy blue metal. Enthroned on the couch sat a being of great size, perhaps twice the size of a human, dome-headed, four-armed, covered with scales, indeed a High One such as we had seen in the projections of the globe.

[...] This entire immense room was a nest of equipment that served to sustain the flicker of live in this creature, to nourish it and keep its organs pumping and drain off the poisons of age.

For this High one was old. Hideously, frighteningly old.

The TP with us, a man named Davis, pressed close agains the crystal wall, closed his eyes, entered into deep concentration. When he turned away moments later, his face was pale and furrowed in disgust.

"A vegetable," David said softly. "The mind of a vegetable... but an insane vegetable."

Tom asks Dihn Ruuu about some metal disks and is told about the mind amplifier:

I called Dihn Ruuu over and asked the robot about the plaques. The robot scooped them up, spread them on one huge hand, and said, "They are activators."

By way of answer he reached into the shelf and tugged forward a circular band fo smooth white metal, pierced by three slots.

"The thought amplifier," Dihn Ruuu said. "Which permits communication between mind and mind."

Tom puts it on and is finally able to have telepathic contact with his sister. (Which means his diary-letter is now superfluous since he can just show her everything.)

This might be Across a Billion Years by Robert Silverberg

In Across a Billion Years (1969), Robert Silverberg introduces us to Tom Rice, a young archaeologist in training, who is writing to his twin sister on their 22nd birthday in 2375. While Tom feels some guilt that he is on the most exciting field trip in the history of Earth while his paralyzed sister is confined to a hospital bed, he is still eager to tell her about his work and he knows that she is just as eager to hear about it.

Tom’s diverse team, which includes some non-human specialists, is visiting a site where they hope to uncover artifacts of the High Ones, an ancient race of superior beings who were travelling in space before humans existed. They haven’t been seen in a long time and are presumed to be extinct. Tom’s team hopes to get clues about the High Ones’ physiology and culture as well as to find out what happened to them. When they dig up an artifact that points them to a potential treasure trove of information about the High Ones, Tom’s team sets out on a quest to find it.

In Robert Silverberg's Across a Billion Years, some archaeologists discover an artifact left behind by a billion-year-old vanished civilization that leads them to the Dyson Sphere that the civilization disappeared into.

16
book about telepaths hunting humans
10
What science fiction novel was about a murder mystery, involving androids, psychics, and auras?
17
Looking for a novel or novella about a federal manhunt for a telepathic alien
18
Trying to find old sci-fi story about a dyson sphere
17
Trying to find short story about somebody who knew everyone on Earth
8
Book about a boy that enters a medieval fantasy PC computer game
15
Story about future special forces fighting nano-tech aliens