Manga/manwha where female lead reincarnates as a maid

I can't remember the title but it's a manga or manhwa where the female leads family is killed and she is imprisoned by her younger lover and eventually reincarnated as an orphan and ends up working at her family's killers house as a maid. Also I think some one she knew from before also reincarnated and tries to find her.

The previous lords have committed as many atrocities as possible to fill their bellies. I, the only daughter of that house, had discovered that my servant and lover was a spy. And as the people wanted, my life ended with my execution.

However, with the memory of getting beheaded intact, I began a new life. I was planning to shoulder the sins of my past life and become a nun, but by some trick of fate, I came to work as a maid for the current lord. Under my former lover, whose name, age and even hair colour were all lies.

The female lead was the daughter of a feudal lord who ruled his fief like a tyrant, and her family ends up being overthrown and killed.

She herself is imprisoned and discovers that her younger lover -- a teenage boy who'd worked at her house for two years as a servant -- was actually a young lord himself, who'd infiltrated her family's home using a fake identity. He doesn't consider her responsible for the crimes of her father, but she confesses to them anyway and is ultimately executed.

She subsequently reincarnates as an orphan, raised in an orphanage, and 15 years later, is sent to work as a maid for the lord who was partly responsible for her death and that of her family in her past life. Her memories of her past life remain intact. 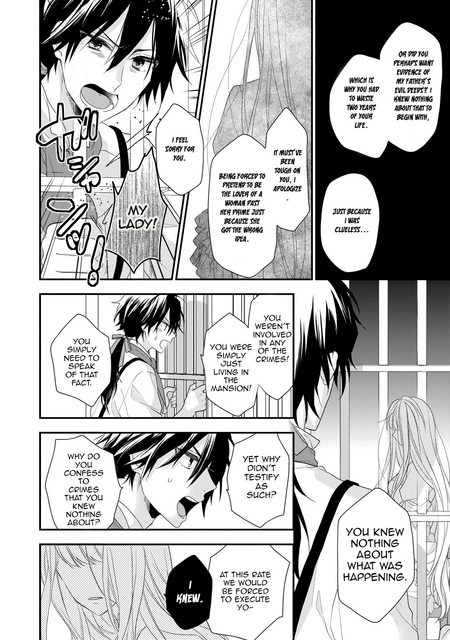 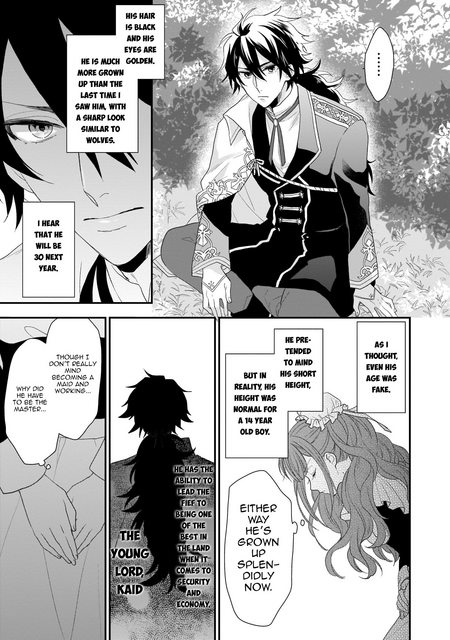