Is Tomboy of Sterling Comics, from 1954, the first independent superheroine in comics?

Is Tomboy of Sterling Comics, from 1954, the first independent superheroine in comics?

"Superheroine" because she's a 10-year-old girl that can cling to the outside of a plane and jump into the water.

Unless that's actually possible, in which case the question becomes "Who's the real first?"

There are a considerable number of solo female superheroes that pre-date 1954.

One of the earliest in comics is Fantomah, previewing in Jungle Comics #2 (Feb, 1940) and then appearing in Jungle Comics #3 (March, 1940) in her own self-titled strip. Fantomah had a range of powers including the ability to command animals, sense what's happening in the jungle, change her appearance and cause fear. 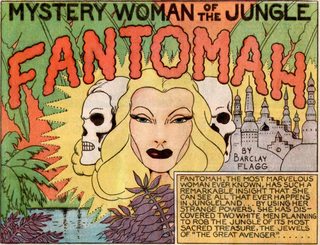 We also have The Woman in Red, a masked crimefighter that debuted in Thrilling Comics #2 in March, 1940. She has no specific superpowers, but she does operate as a vigilante in much the same mould as Batman.

A solid contender is also Miss Fury, who first appeared in April, 1941 in a strip titled The Black Fury. Donning a magical catsuit, she gains super-strength and agility. 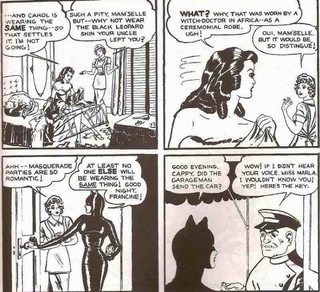 However, according to this fandom wiki, "Tomboy is possibly the first female kid superhero (or to specify even more, heroine) who wasn't someone's sidekick." 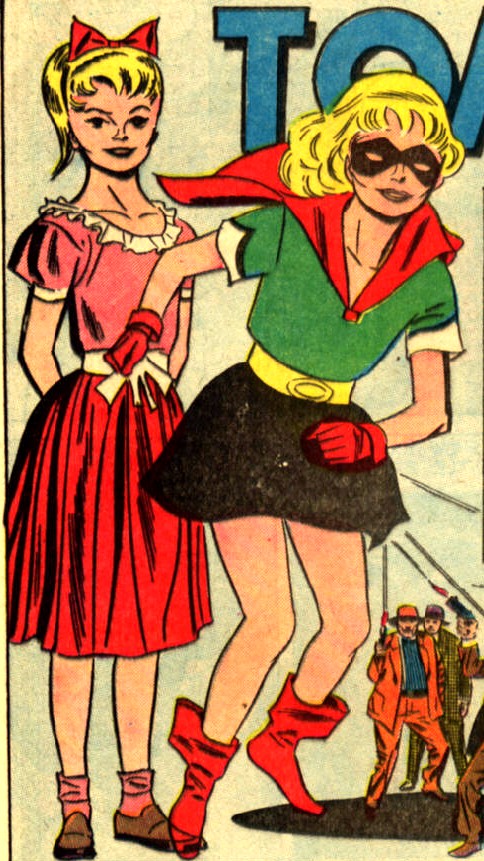 I didn't realize it, but I was looking for kid superheroines. Even so, for the question I stated, I have found Olga Mesmer of 1937.

She has / had "phenomenal strength which [Olga's guardian] has been in mortal dread for years" along with her titular 'x-ray eyes'. 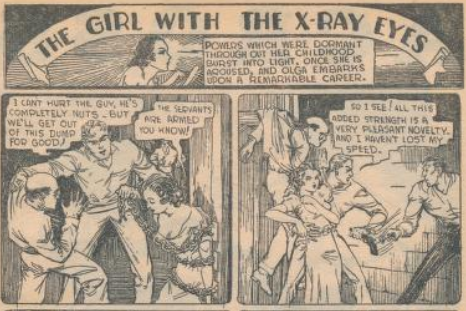