What work of scifi broke the mold of zombies being undead voodoo minions and depicted them as mindless maneaters?

In the beginning, IIRC, zombies were undead creatures created and controlled by voodoo priests or priestesses. What work of scifi was the first to break that tradition by depicting zombies as uncontrolled, reanimated dead humans that craved live flesh? 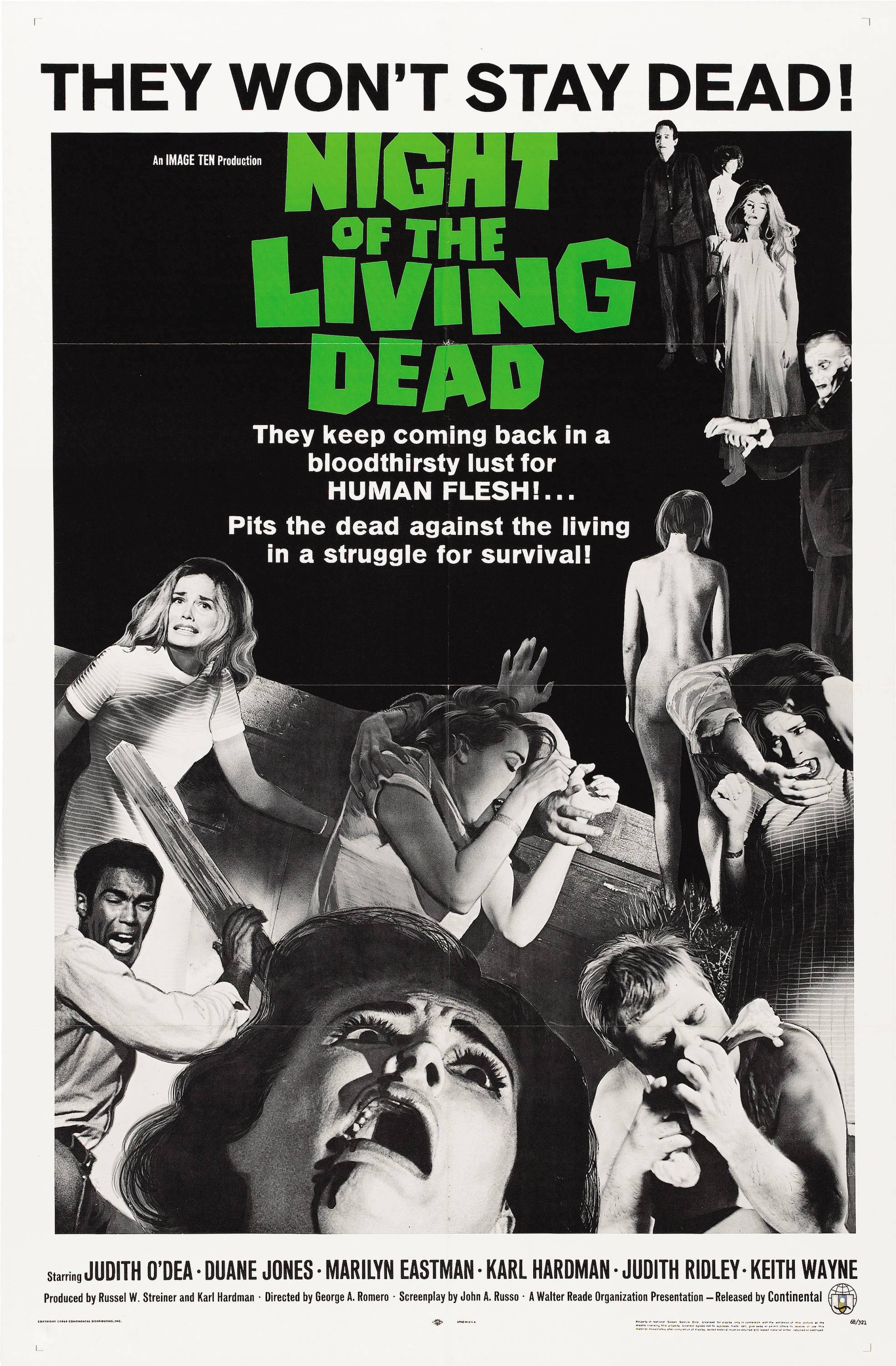 Romero revolutionized the horror film genre with Night of the Living Dead; per Almar Haflidason, of the BBC, the film represented "a new dawn in horror film-making". The film has also effectively redefined the use of the term "zombie". While the word "zombie" itself is never used - the word used in the film is ghoul - Romero's film introduced the theme of zombies as reanimated, flesh-eating cannibals. Early zombie films like Victor Halperin's White Zombie (1932) and Jacques Tourneur's I Walked with a Zombie (1943) concerned living people enslaved by a Voodoo witch doctor; many were set in the Caribbean.

As far as I know that's the first real zombie movie, and post-voodoo zombies did not start in print.

I provided this as an answer elsewhere but it's also relevant here. The first "modern" zombie apocalypse was actually in the Epic of Gilgamesh:

I will knock down the Gates of the Netherworld,
I will smash the door posts, and leave the doors flat down,
and will let the dead go up to eat the living!
And the dead will outnumber the living!

The Voodoo concept of a zombie is therefore actually the more recent one.

Not the answer you're looking for? Browse other questions tagged history-of zombie science-fiction-genre or ask your own question.

7
Zombies: why are they so fast in recent movies?
10
When did zombies become “infected” rather than corpses raised from hell?