I've been trying to find this for the last 20 years. It was basically the Trojan War fought in a distant galaxy, using advanced tech.

I think it was called something like 'the Battle of Trajian'.

Could this be The Rise and Fall of the Trigan Empire by Mike Butterworth?

The series initially ran from 1965 to 1982, dealing with the long-past events of an empire on the distant planet of Elekton. Heavily influenced by mythological tales, a number of the societies seemed to be based on ancient cultures that had existed in history. Chief among these was the Trigan Empire, apparently modelled on Ancient Greece and the Roman Empire. This similarity even extended to Trigan City, the capital being built on five hills, in a similar fashion to the seven hills of Rome. The Trigans flew atmosphere craft. The Trigans' clothing was similar to that of the Romans, with many of the populace dressed in toga-like garments, or in the case of the soldiery, in Greek or Roman-style armour. A similar likeness could be drawn with Hericon, the chief rival in power to the Trigans, whose appearance seemed to mirror that of elements of the Byzantine Empire, and the Persian Empire. 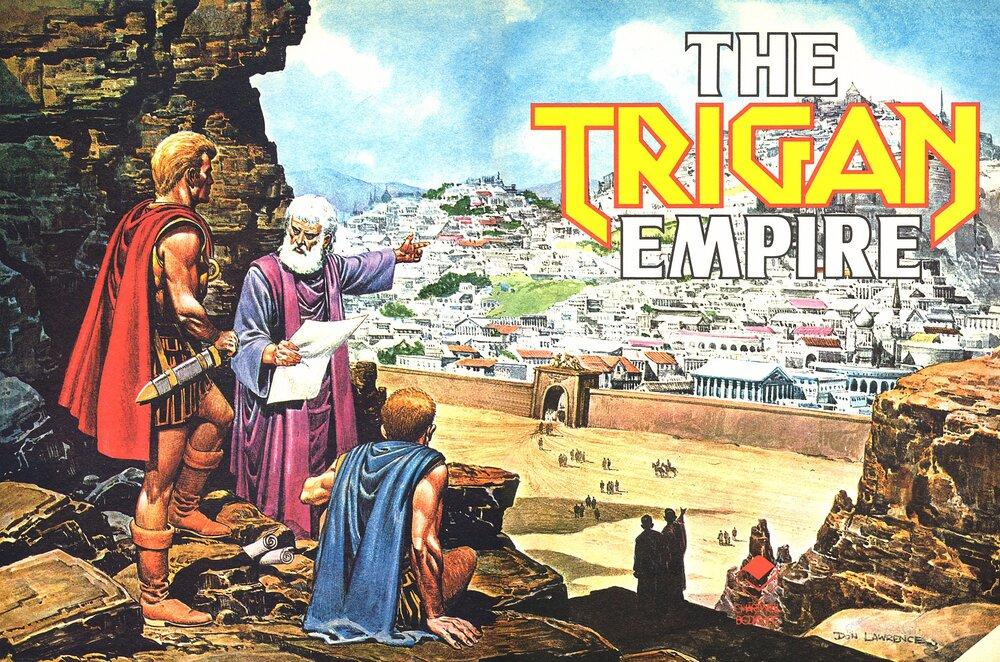 Not the answer you're looking for? Browse other questions tagged story-identification novel comics or ask your own question.

34
What is this Disney scifi movie from the late 80s/early 90s?
17
Late 90's or early 00's graphic novel with a girl and an airship
12
80s-90s? Novel, after a meteor wipes out cities in Southern California, a man is approached to help decipher advanced tech devices
6
Late 20th century graphic novel about following a time tourist