(Manga) Girl in (high?) school fighting alien/monsters that are disguised as students, but erupt into large puffy monsters

Probably read 10 years ago. But don't know how long before that it was originally released. I read it on one of those manga translating sites in English, but was probably originally in Japanese when released.

The Story was of a girl in school, who discovers that some of her classmates are aliens or monsters who disguise themselves as humans. When they are discovered, or threatened, or want to attack, they erupt from their human disguise much like the "Faceless" aliens in the XCom video games. Although more fluffy or plush. More like a teddy bear 2x larger than their student disguise.

If I recall correctly a group of the aliens are running around cornering individuals and molesting/absorbing them into themselves. (feeding? or changing them into more aliens? I can't recall)

The heroine witnesses an attack, (a group of boys attacking/molesting a girl) and when discovered, they chase and capture her also. BUT for some reason touching her in their alien form kills them. They start quickly melting away as if her touch is acid to them. (I think ending as a puddle of goo on the floor or all over the heroine)

I remember several instances of different groups of the aliens trying to capture her and dying when they touch/molest/absorb her.

Anyone recognize this series?

Alice in the Alien World seems like a good fit.

It's certainly an adult-oriented, black & white manga, with nudity and sexually explicit scenes.

The plot involves an alien invasion of Earth by aliens who can disguise themselves in human skinsuits, but also burst out of those disguises into larger forms, resembling giant stuffed animals. The aliens are repeatedly shown sexually assaulting human high school girls.

The heroine is a high school student herself, who's given a special bikini by a friendly alien, which enables her to seemingly melt the malevolent aliens with physical contact. 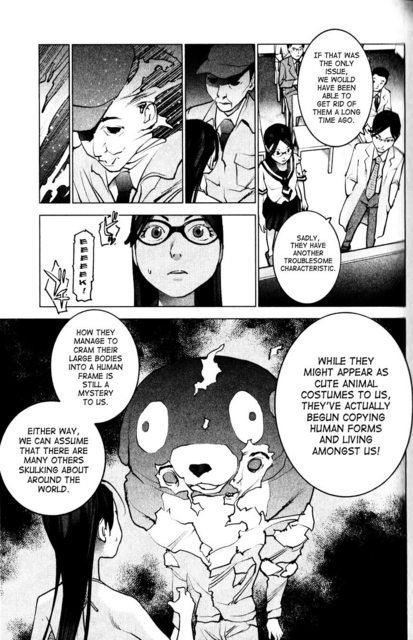 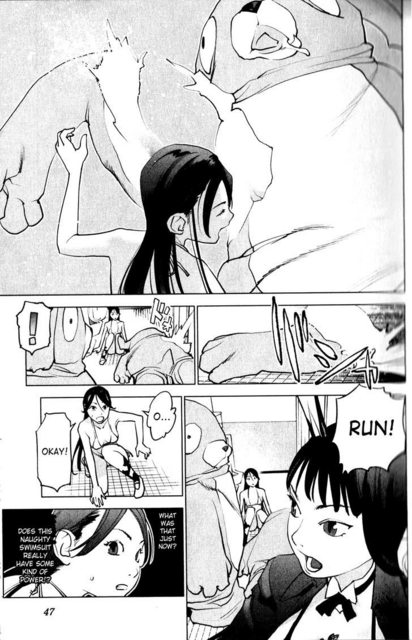 Not the answer you're looking for? Browse other questions tagged story-identification aliens manga or ask your own question.

18
Old SF novel about a white-haired young woman, alien or half-alien, who tutors human kids
9
Fantasy book series about persecuted people with elemental magic powers
5
Manga about a guy and a female alien fighting other aliens that are based on types of gems
3
Manga where a group of high school students are transported to another world
6
Omni-xenocidal hairy humanoid aliens who can secretly communicate using special organs in their hands
8
In which book did alien protagonists absorb and mutate humans, turning their flesh into biological weapons that they then used against other humans?
6
Manga where the main character stalled for time inside a cave so that his fellow students could escape monsters, but got stuck inside himself
16
Human "alien hunter" meets a real alien