What should I watch/read before watching all the three Transformers movies?

I know a very little about the Transformers. I'm planning to watch all the three movies. Do I need to watch anything else or are the movies sufficient to explain everything?

As with most of sci-fi movie series, there's nothing in Transformers movies which needs explanation from external sources. So, even if you are not familiar with Transformers universe, you can watch movies directly in release order.

If want to dive deep in Transformers movies' story continuity, I'd recommend you to go for related comic series. Here's viewing/reading order:

The films are in their own standalone continuity and no prior knowledge is required.

There are a number of comic book tie-ins to the movie, but none are essential reading.

For each film there were a number of novels released:

As everyone has already stated, there is no prerequisite for watching/enjoying Michael Bay's Transformers films. The origins of Transformers is that it's a toy line that grew into other things such as comics, cartoons, movies, and various other products.

If you grew up during the 1980s as a kid in the United States, you should not only be familiar with the toys, but also the animated movie, Transformers: The Movie that came out in 1986. The Michael Bay movies draws not only a voice actor from the orignal cartoon and movie, but some famous dialog that Transformers fans should be familiar with. 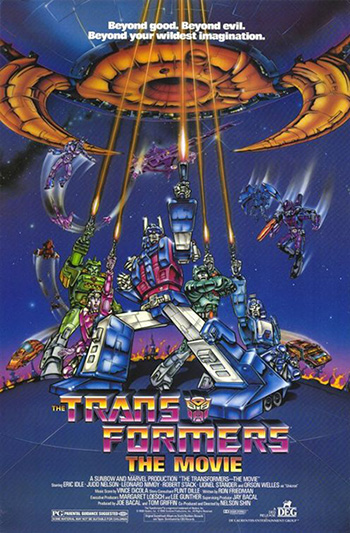 Again, by no means is this movie necessary viewing.

If you grew up during that era, you would already want to revisit the childhood movie.

If not, then I urge you to go into Bay's movies with an open mind, so that you have nothing to compare them against. That way you can't critique what they got right, what was wrong. You can enjoy the movies for what they are.

Not the answer you're looking for? Browse other questions tagged suggested-order transformers or ask your own question.

288
In what order should the Star Wars movies be watched?
16
Should I watch The Avengers before going to see Iron Man 3?
1
Which order to read the IDW Transformers comics?
21
In which order should I watch the X-Men movies to know Wolverine's full sequential story?
9
Should I watch the Hobbit trilogy before the LotR trilogy?
1
What is the timeline for G1 Transformers?
2
Can you watch the Butterfly Effect Movies out of order?
6
What are the essential films one needs to watch before “Logan”?
30
What do I need to watch before watching Star Trek: Picard?