Symbolism of characters at the end of V for Vendetta?

Happy Fifth of November, all.

At the end of V for Vendetta, in the crowds of folks wearing the Fawkes masks, we see the faces of more than a few people that have been established as dead earlier in the movie, including: 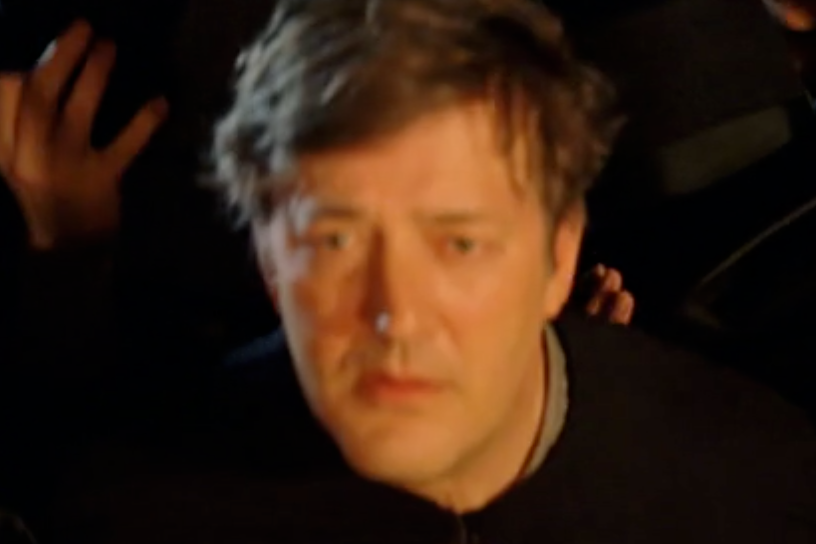 Valerie and her girlfriend...

And the little girl that had been shot for painting graffiti on the local propaganda. 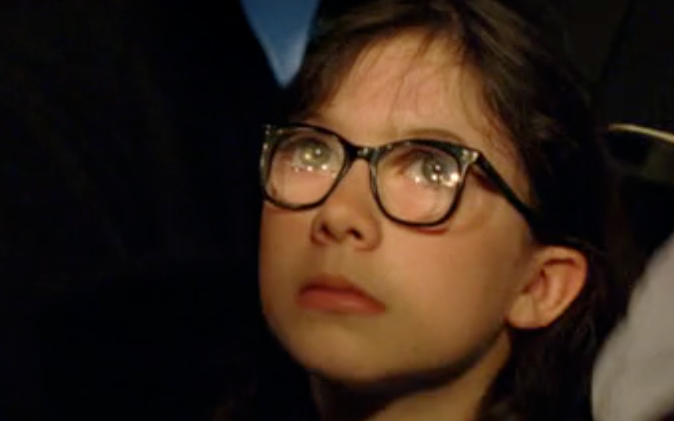 Did they run out of extras (unlikely) for the shooting of this sequence, or is there some symbolism that's just eluding me here?

In short? You can't kill an idea.

IMDB has a pretty good essay on all of it in their FAQ on the movie. I've bolded some of the parts I think are most important:

This is the most controversial point in the interpretation of the movie, and the comments below show very different points of view. It contains the secret of the question, "Who is he?", and you will get very different answers depending on whether you take it for a return of the dead or an image for the film audience of the many people who make up V that is not 'real' in Evey's and Finch's reality - they could not walk out and meet Valerie etc. The plain reading is that they were dead before but alive and real at the end. They are those he promised to Vindicate in the V-monologue and the Vigilant, that is, those who wait at midnight. In this reading, the death of V has raised the dead; consistent with a good deal of messianic images and the Paschal tone of the final scene. If so, it's grounded in a gnostic or Arian Christology. The 'new world' is not shown, but is more than a political change. Alternatively, they aren't there physically and it's not a film blooper. They're there in spirit, carried in the hearts and minds of those who really do stand there. It's also notable that this is the only scene in the film (apart from the flashbacks) where any black people are seen. The graphic novel was more explicit about the fact that the Norsefire party had performed extensive racial cleansing in England, whereas the film merely hinted at it, focusing more on the persecution of homosexuals.

This is a physical representation of one of V's guiding principles: that you can't kill an idea; each of them represents part of the idea of freedom and self-expression. An idea, literally, is a form or archetype - so this is physically shown in the people's being antitypes of V. The obvious symbolism here, coupled with that present from the beginning of the movie with regards to a Guy Fawkes comparison and the constant mention of 'ideas' suggests that it was an intentionally symbolic scene. This 'idea' being the most important element of the movie, it makes sense that it would be steadily expanded upon and culminate in its most visceral representation during the movie's climactic final scene. V leads into it himself, during Creedy's death, by suggesting that he is still alive due to the fact that he is not just a man: "beneath this mask there is more than just flesh... beneath this mask, there is an idea," despite the fact that we have alternative and deliberately presented reasons as to why he is alive, if only briefly. With the explosion of the Parliament building, the 'idea' culminates in the visual depiction of various individuals who fought for this idea... people we know to already be dead. The people are still dead, but the idea is alive, the idea has triumphed. This scene can also be interpreted to illustrate what Evey said to Inspector Finch at the finale: "He (V) was Edmond Dantés (the hero of "The Count of Monte Cristo")... and he was my father. And my mother... my brother... my friend. He was you... and me. He was all of us, " meaning that V did it all for them (Gordon, the little girl with glasses, Evey's parents, etc.). In this sense, V symbolized the victims, both living and dead, of the government's atrocities, especially those who had questioned or fought against the oppression of the government.

The most literal explanation would be that none of them actually did die; we never see any of these characters die on-screen. Gordon is black-bagged, the girl is only shot once, and the two lesbians are killed/black-bagged in a possibly subjective flashback. However, this explanation stretches plausibility for a number of reasons: While we never see Gordon die, he is arrested and beaten, and it seems highly unlikely he would have simply been released, in light of his collection of forbidden items as well as his mockery of Sutler. We do see Valerie's body in a mass grave in an earlier flashback, one not based on the contents of her letter, and she and Ruth appear in the crowd without having aged at all in the twenty years since their arrest. Finally, we would also have to believe that the parents of a child suffering a gunshot wound to the chest would take her out of the hospital and involve her in a potentially violent conflict with armed soldiers. Moreover, judging by the view on the little girl's body right after she is shot (immobility, non-living eyes), it's very fair to assume she is dead. While the girl did not die (and was not shot) in the graphic novel, Ruth, Valerie, and Gordon definitely did.

This is a theme along the lines of, "an idea never dies." For instance, from Evey's first lines: "...We are told to remember the idea, not the man, because a man can fail. He can be caught, he can be killed and forgotten, but 400 years later, an idea can still change the world. I've witnessed first hand the power of ideas, I've seen people kill in the name of them, and die defending them... but you cannot kiss an idea, cannot touch it, or hold it... ideas do not bleed, they do not feel pain, they do not love... And it is not an idea that I miss, it is a man... A man that made me remember the Fifth of November. A man that I will never forget. " And then the scene with Creedy emptying his pistol trying to kill V : "Beneath this mask there is more than flesh. Beneath this mask there is an idea, Mr. Creedy, and ideas are bulletproof." By showing the people that have been slain, it shows that their idea, THE idea, lives on.

The book in fact has Evey carrying forward as V after his death, she dawn his mask so that the idea continues on via a new person.

Evey in the movie doesn't do that she instead explains to Finch:

He was Edmond Dantès (V's favorite character). And he was my father. And my mother... my brother... my friend. He was you, and me. He was all of us.

When people start taking off their masks we can see faces of characters new and those who have died. This is representative of the fact that everyone has in some small ways contributed to the change that they have brought about for themselves.

According to the film's co-creator and illustrator David Lloyd, the ending sequence was intended to show that the 'public' (res publica) are of one mind and body, rather than disconnected individuals. By having the people who chose to defy the State (and were killed by the State) shown at the end, the implication is that it's possible for the state to kill a person, but that they can't kill the idea of freedom that those people were willing to die for:

DAVID LLOYD: Well, I think because they stuck so close to the original in the visual aspects of it... all the key instance scenes seemed like they did them in that way and I think quite affectively. I congratulate them the most, if you're asking me sort of about changes, I congratulate them on the final part, on the ending. It was a very clever idea of having all those people in the masks because basically what it kind of symbolizes is an act of mass defiance, which is actually a mass defiance made up of individuals because, of course, V is representing the individuals' action. But the public adopting that persona through the mask and then becoming one... basically it was like all for one and one for all.

It was a very clever, symbolic way of doing everything.

The answer above partly quotes me, and rather adroitly alters my point. It's mine down to "more than a political change".

I originated the trope of 'the most literal explanation...' and I said that it was that the dead have come back. The formerly dead are alive and well; young and healthy; serious and reflective. You cannot simply say 'this is to show an idea' without doing Violence to the narrative, as shown on screen. There is nothing to demonstrate that the images are ONLY symbolic or metaphorical within the film. The dead have returned: you must face the narrative on its own terms. What does it mean? Either the whole story must be evaluated on the basis of these images, or you miss the point. Is this a natural or supernatural story? Finch's vision, which we accept as true because we also have seen the same images [except Evey in the turquoise], is beyond what we usually accept as natural; he sees and knows more than his senses could tell him. How the devil could all those thousands of boots go out, all fitting well enough for a midnight walk? How did V appear in a 'locked room', ie, Victoria Station? As you read back through the scenes, many plot points will show up as requiring a supernatural explanation. The climactic scene, with the Russian music, solemn walking crowd, bells, waves of faces appearing as they unmask, the funeral arrangement with a wreath of flowers, behind paired doors, the hush before midnight, is all to evoke the Russian celebration of Easter night- if you've been to it, it's deja vu. The soldiers, in smoke grey, melt away and vanish: one of the lines at the same moment on the Easter night goes, 'As smoke vanishes, so let them vanish, as wax melts from before the fire'. The score combines The Troparion of the Cross [from the 1812] with the Dies Irae, that is, references to the Last Judgement and to Good Friday. The line is referenced: The bodies of the saints arose and went into the city and showed themselves to many'.

V seems to have brought back a selection of the dead, to the tune of the end of the world.

Not the answer you're looking for? Browse other questions tagged movie v-for-vendetta or ask your own question.

7
Star Trek movie characters' ranks
34
Was V blind in the film “V for Vendetta”?
21
Who are these characters at the end of Deathly Hallows, Part 2?
7
What were the “unforeseen circumstances” that accelerated V's plan?
5
What happened to Caleb at the end of Z for Zachariah?
4
Why did V need the police chief?