Is the picture based on a real picture in Terry Pratchett's “The Picture”?

I was reading A Blink of the Screen (see Amazon) and one of the short stories "The Picture" describes a painting. Is this a real painting?

"...with all three of his eyes, with the green sun below the horizon..." is the quote from the story. The story is set in the picture and the people are looking at our world in a picture thinking it is a strange place.

"...artist had painted the sky the wrong colour and covered it with blotches in an attempt, seemingly, to hide his mistake; the perspective, what there was of it, was wrong; and the vegetation would not have been found in the wildest nightmare. The whole thing was a surrealistic portrait of hell"

Given that the "gag" is that an alien is viewing a normal human landscape through alien eyes the description could fit pretty much anything; 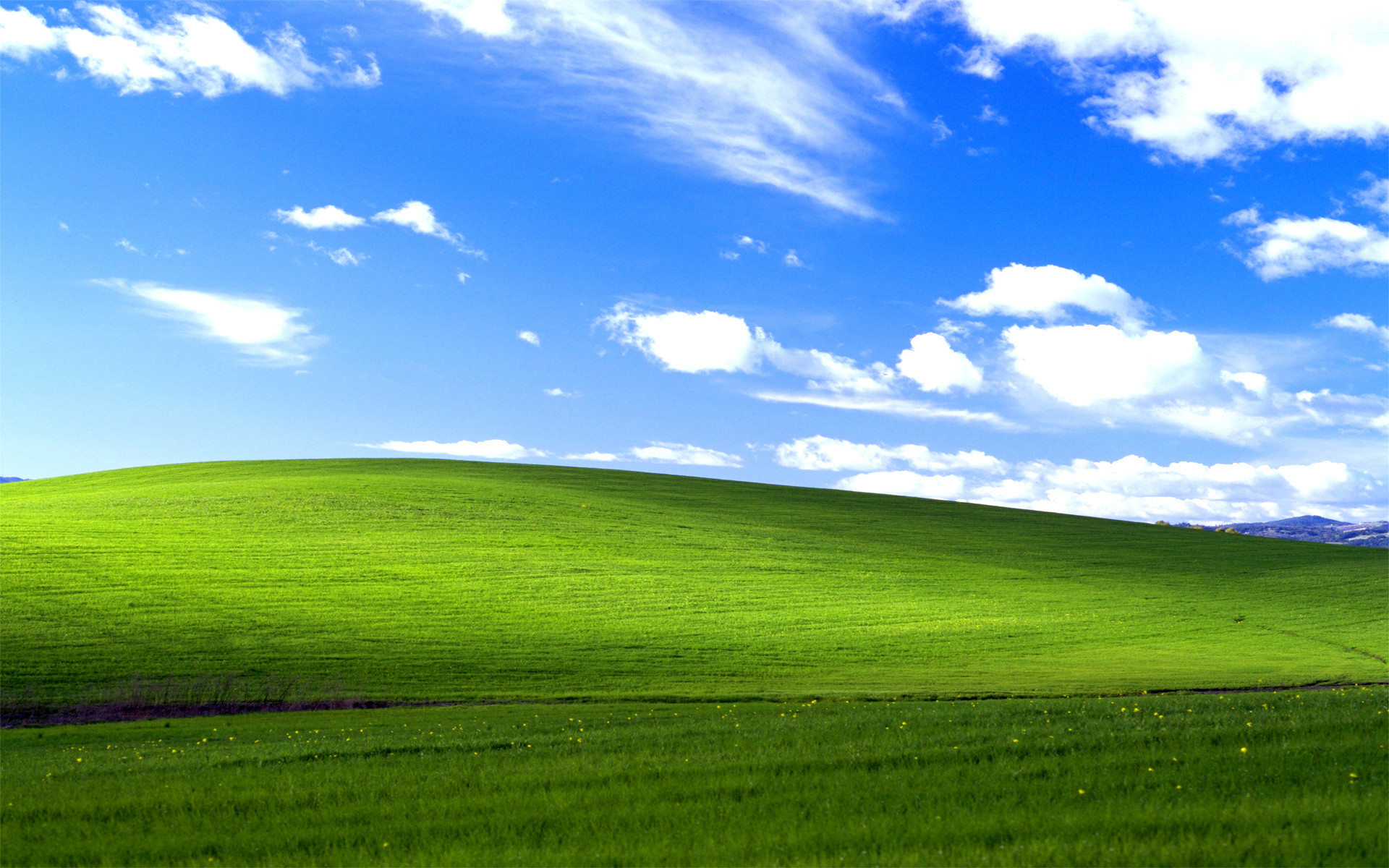 According to this article from the Daily Telegraph, Pratchett wrote his short story The Book while still at school aged 17, inspired by the encouragement of one of his teachers. When asked where his ideas came from, he replied whimsically as was his wont. Since he didn't even remember the name of his encouraging teacher, it's very unlikely he remembered whether his story was based on a real painting. And now he's passed away, so we'll never be able to ask him. So we don't know will be the final answer forevermore, although Richard's answer above gives good evidence for "no".

When Pratchett returned to John Hampden for the first time in the early Nineties he paid tribute to a long-retired member of staff whose work had inspired him and whose photograph then still adorned one of the walls. Pointing to the photograph he said: “She’s the one who picked out my homework story and started me off. And I can’t remember her name.”

Asked by one pupil where he got his ideas from Pratchett’s reply was typical: “There’s a warehouse near Rickmansworth.”

It was at Wycombe Technical High School that Pratchett had his first pieces of fiction published, including a short story called The Picture which was printed in The Cygnet school magazine, in 1965.

Well, although Pratchett could not remember her name at the time, several of her successors at the school still do. She was a Miss Cambledick, a Discworld name if ever there was one.

Can't say I'm familiar with the story, but I'm basing mine from this quote in Richard's answer.

"artist had painted the sky the wrong colour and covered it with blotches in an attempt, seemingly, to hide his mistake; the perspective, what there was of it, was wrong; and the vegetation would not have been found in the wildest nightmare. The whole thing was a surrealistic portrait of hell"

While it could be practically anything, given Pratchetts humor and education it mostly likely is an actual painting of some description. Many impressionists painters would often exaggerate the colours in a scene to make a distorted view.

Below is The Red Vineyards by Van Gogh, which from someone unfamiliar with art may think absurd.

People labouring in fields of fire under a yellow sky with a nearly "green sun". 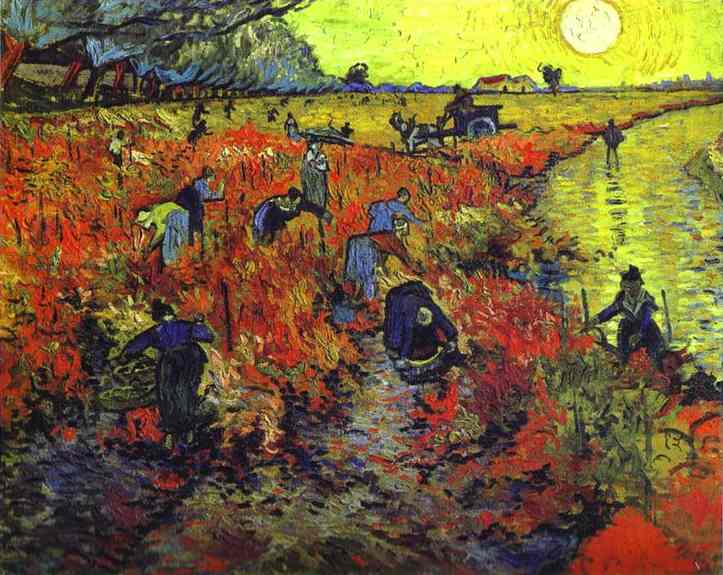 Is it this painting? Probably not, and without word from Pratchett it would be hard to say so. But it is likely Pratchett based the Alien's opinion on an impressionist or abstract painting of some sort.

Not the answer you're looking for? Browse other questions tagged terry-pratchett inspiration or ask your own question.