Space opera about a Dyson sphere

Help me find a book, please. What I remember is that it was a space opera (fairly huge). It was about a star that suddenly went dark and people were intrigued. They set an expedition to find out why but they kinda lacked FTL because they mostly relied on some kind of transporters between planets. Anyways, the star that went dark was enclosed in a Dyson sphere by a race of very powerful aliens because the inhabitants of that star system were extremely belligerent. I remember them being described as pyramids of some sort. They could withstand many many g's in acceleration. The humans eventually got to the star, entered the sphere and set them loose...

This would be Peter Hamilton's Pandora's Star and the sequel Judas Unchained. It fits to a 'T': Dyson sphere, belligerent species, powerful aliens, pyramids.

At the farthest edge of the Commonwealth, astronomer Dudley Bose observes the impossible: Over one thousand light-years away, a star... vanishes. It does not go supernova. It does not collapse into a black hole. It simply disappears. Since the location is too distant to reach by wormhole, a faster-than-light starship, the Second Chance, is dispatched to learn what has occurred and whether it represents a threat. In command is Wilson Kime, a five-time rejuvenated ex-NASA pilot whose glory days are centuries behind him. 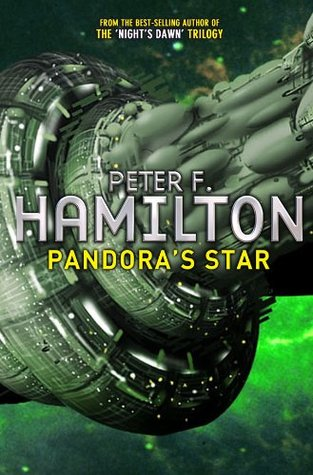