Book about two worlds that collide; one world uses Sun-powered crystals as an energy source, while the other uses blood sacrifice

I’m trying to find a book my father was looking for; he says it was one he read back in the early '90s.

He can’t exactly remember any solid details, but he did say that it involves a world that collides with another. One world uses crystal energy to power everything (the crystals are powered by the Sun), and the other world powers things using blood sacrifice.

He also thinks the cover may have been blue.

A bit of a long shot of course, but if anyone can help, I’d greatly appreciate it!

It might just be Echoes of the Great Song by David Gemmell, but it would need a rather loose interpretation of worlds colliding, and also the date is slightly out as it was published in 2002. If your father would like to check there is a summary on the Fandom web site here.

In the book the Crystal Queen teleports her continent from another world onto the world of the Avatars, which could I guess be worlds colliding. I can't remember if the Crystal Queen's world was another planet moving through space or some form of alternate dimension. Also I'm not sure if it's ever made clear exactly how this teleporting was done.

The people of the Crystal Queen, the Almecs (a thinly disguised version of the Olmecs), also use crystals for power but their crystals are charged by sacrificing humns and allowing their blood to soak into the crystals.

The book was published with lots of different covers. There is a list of all the covers here. One of the covers is mainly blue: 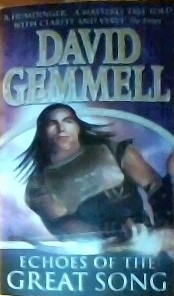 6
Stop motion sci-fi kids show
4
Book about a guy who can create portals, uses the sun to destroy missiles
5
Boy is transported into another world via a crystal and gets a lion familiar
7
Looking for a young adult novel, gemstones for eyes
9
Book where the memories/lives of adults are implanted into teenagers
11
Sc-fi book that uses the sun's energy in a space battle
3
Fantasy book series about two children climbing trees that take them to other worlds