Have we seen this power before in Star Wars?

In The Last Jedi (2017), towards the end, Luke projects himself onto the planet where Kylo Ren has cornered the Rebels. Later he is seen fighting Kylo and ultimately dying.

Have we ever seen someone else do this before - projecting themselves to some other planet using the Force?

Within The Last Jedi, this power is depicted as an expanded version of what Rey and Kylo had been doing throughout the film. When they're communicating through the Force, they're visible to onlookers, such as Luke: 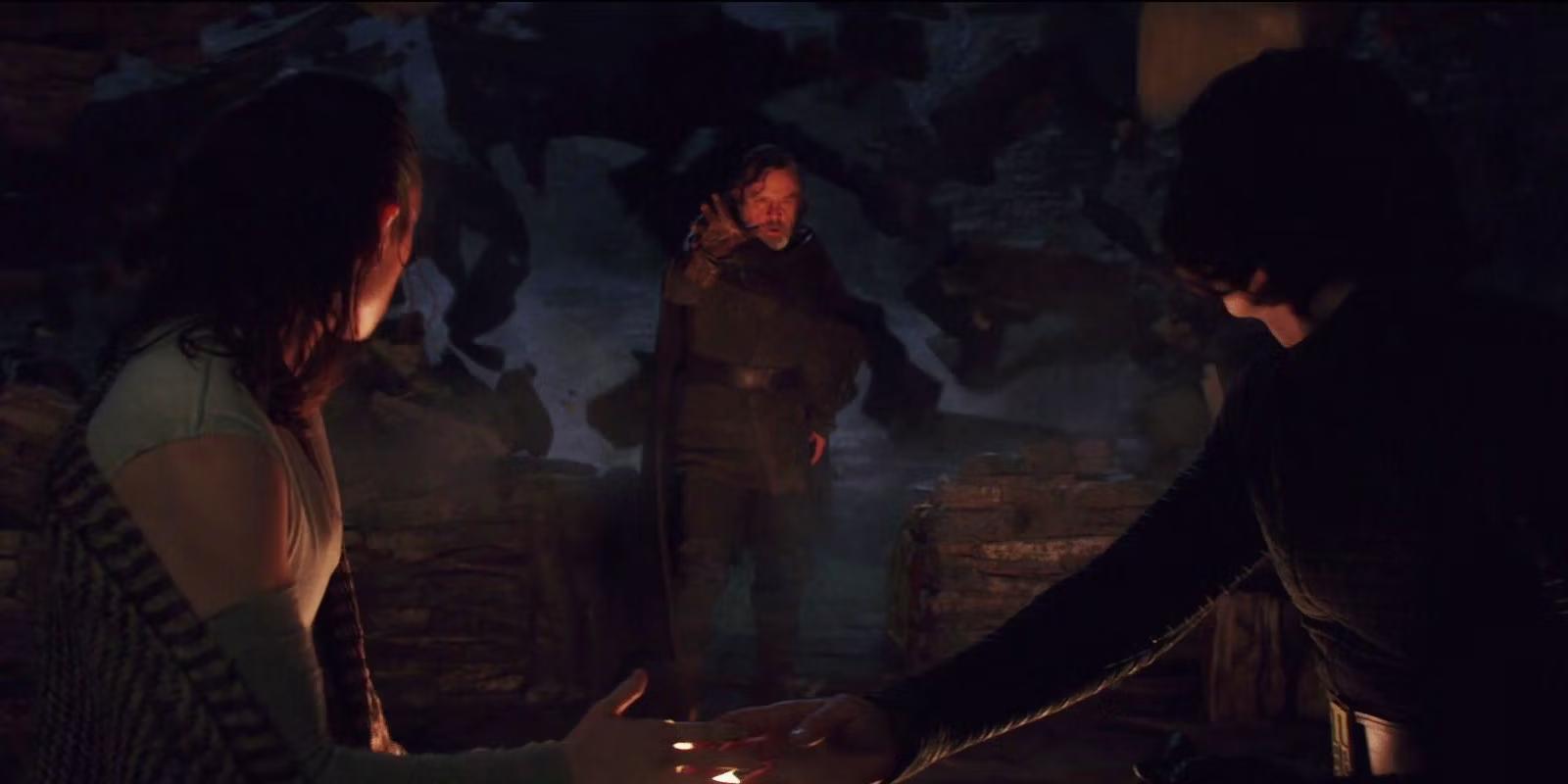 This type of communication, in turn, seems to be an expanded version of the Force communication that Luke and Leia (and Luke and Vader) are able to establish in The Empire Strikes Back. While this hasn't been confirmed to be the same "power", it does seem to be a difference of degree more than kind.

As for whether this exact power (projecting an "objective" image of oneself) has appeared in earlier works, TLJ director Rian Johnson mentions in Balance of the Force, a special feature on the Last Jedi Blu-ray, that he'd heard of a similar power from earlier Star Wars works:

I've heard something like this described as a Force power, like actually projecting a vision of yourself elsewhere. But we've actually never seen it in the movies. It's something a little different. This could be a way that he could win this sequence.

In Legends continuity, this was known as "Dopplegänger" (sic) or "Similfuturus", and was first used (in real-world publication order) by a dark-sided Luke in 1992's Dark Empire to trick Han and Leia into thinking they've rescued him: 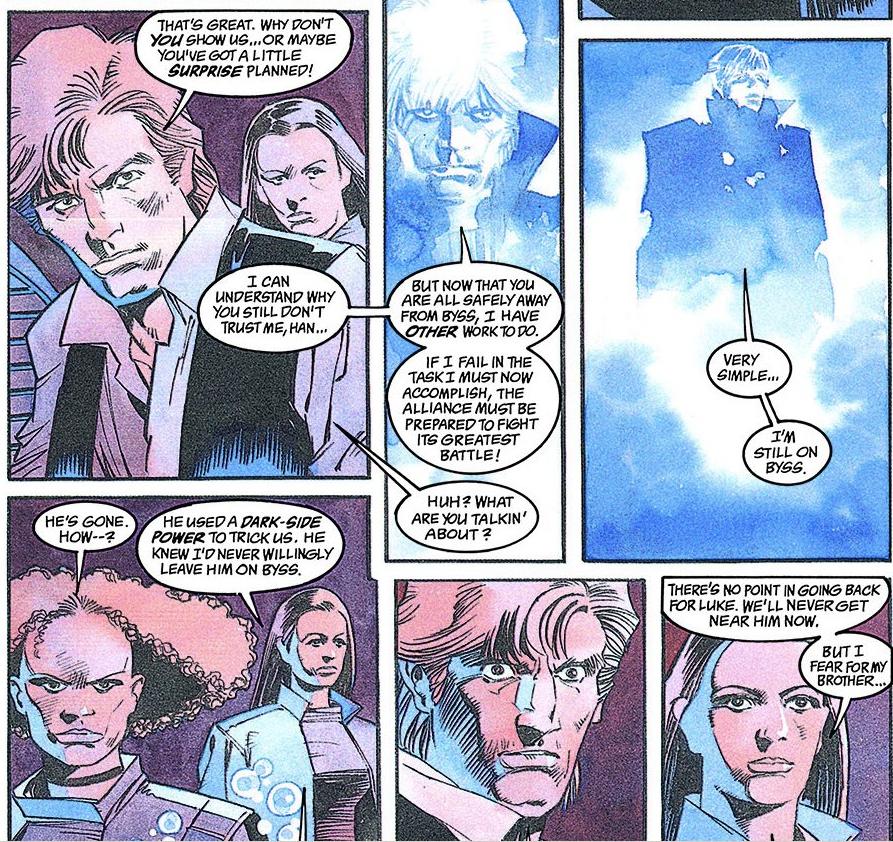 Its description from the Dark Empire RPG sourcebook is basically the same as what we see in The Last Jedi, with the caveat that it doesn't take a lethal amount of exertion to use:

29
When does Luke's lightsaber first appear in the Star Wars saga?
13
Is It Possible To Impersonate Another Person Within The Force?
8
What did Kylo Ren use to ‘drive’ his Force activity?
21
Which predictions of The Last Jedi: Darths & Droids Bingo were correct?
29
Why did Luke say "It didn't scare me enough then, it does now"?
4
Did Kylo Ren know where Luke was?
0
What is the meaning of "The effort"?