Pre-Disney, did Darth Vader express any opinions on slavery in the Empire?

In the Pre-Disney Star Wars canon did Darth Vader - who spent his childhood in slavery as Anakin Skywalker - express any opinions on the Empire's use of either slaves or indentured labor, in any animations, novels, comics, video games, or other related media?

I'm solely interested in material that was released prior to Disney purchasing the franchise (The Extended Universe), and not anything post-Disney.

This comes up in the 2006 Dark Times comic series, set shortly after Revenge of the Sith. In Issue 2, Vader learns that the Empire is selling civilians into slavery as part of their occupation of New Plympto:

Clone Commander Vill: Our transport was re-tasked, by order of the Emperor.

Darth Vader: Where was it sent? Has new fighting broken out somewhere?

Vill: No, sir. The ship is transporting captured Nosaurian civilians to the slave market on Orvax IV.

This causes Vader to flash back to his childhood, and the narration notes that "there will be no sleep for Vader this night." 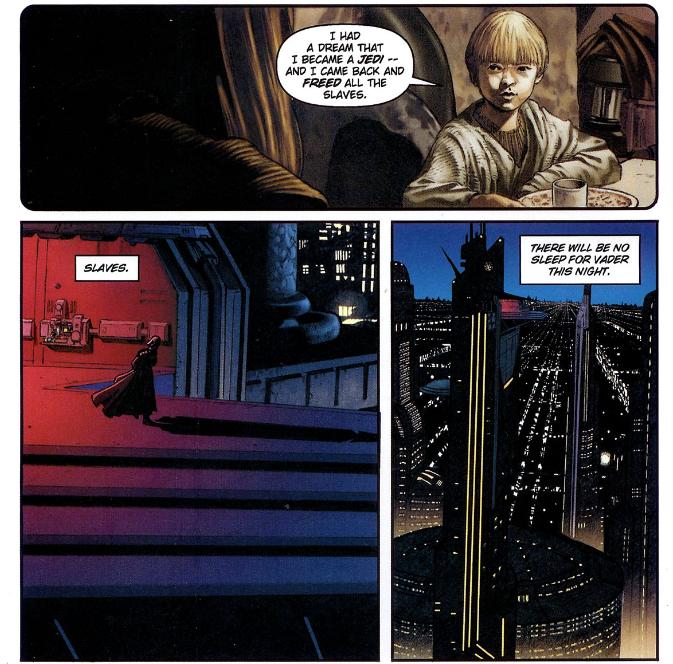 In Issue 3, he raises the subject with the Emperor, who tells him that slavery under the Empire is "merciful" compared to "what would otherwise be necessary" (implied to be mass executions) and leaves Vader standing alone. It's implied that Vader doesn't approve of what the Empire is doing, but over the rest of the series, he doesn't go as far as openly disagreeing or countermanding the Emperor's orders. 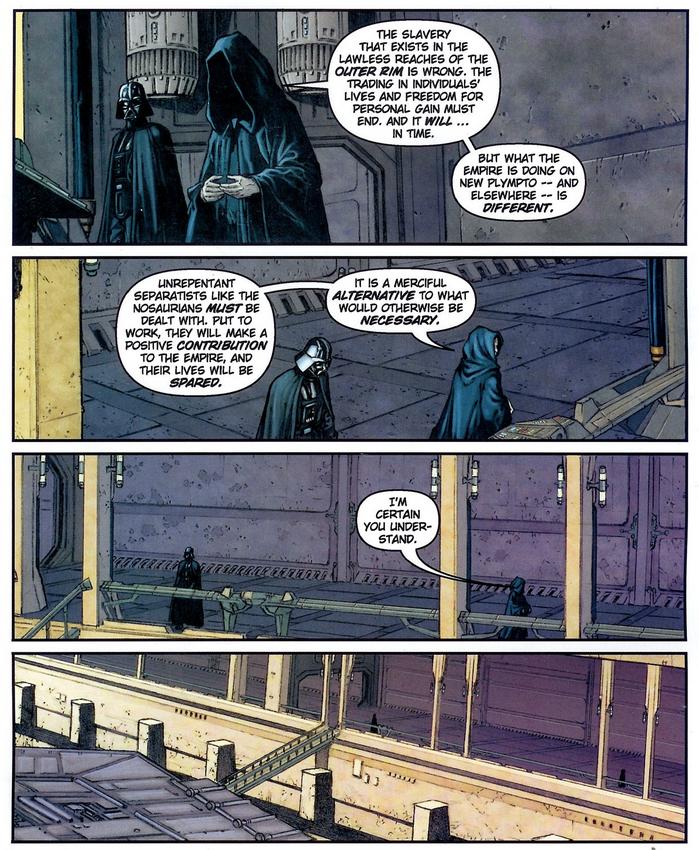 12
Was Anakin born a slave?