I've started watching Orphan Black and it reminded me of something.

An American sci-fi TV show or movie from 1980s-90s with, I think, a female lead but it concerned a group of male clones produced by some secret, possibly government or military program, to produce ideal soldiers with enhanced aggression.

The program had closed down and several of the identical male infants had been adopted by and brought up in normal families. I don't remember whether the adoptive parents were unwitting or maybe scientists from the program but probably the babies were supposed to have been euthanised.

The heroine becomes involved with one clone and suspects him of being involved in murder or violence perpetrated by some of the others, before she works out there are several of them. I think the one she loved had been in trouble before but it turns out he had overcome his natural aggression with support from his religious adoptive family, or some such.

Obviously the clones were all played by one actor but I can't remember any of the cast.

After a chat with my mother, she thinks the woman main character was a writer or academic and it was a miniseries advertised as dramatised from a book. Plus the main character was a very well known film actress of the time but no longer active. No idea of her name though. 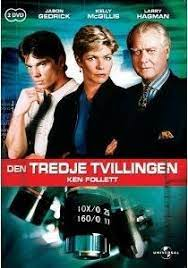 Jeannie Ferrami, Psy.D., is an associate professor and criminality researcher at the fictional Jones Falls University, an Ivy League school in Baltimore, Maryland. She studies the influence of genetics (rather than upbringing) on personality. Her interest in criminal tendencies is influenced by the fact that her father, Pete, is an incarcerated burglar. Financially strained, she sends her Alzheimer's-afflicted mother to live in a sub-par nursing home.

Jeannie's friend Lisa Hoxton is raped during the evacuation of an on-campus locker room. The police determine that the perpetrator was a serial rapist who simulated a fire. Lisa works with sympathetic police Lt. Michelle Delaware to create a facial composite of the suspect. Jeannie meets law student Steven Logan, who participates in her study, prompting mutual attraction. Jeannie's software finds links in medical data and has identified him as the twin of incarcerated murderer Dennis Pinker. This seems to confirm Steve's fears that he is unable to control his own violent impulses. Berrington "Berry" Jones, a prominent researcher at JFU, is shocked to see Steve. He contacts his two partners in Genetico, Inc., a medical research company that heavily funds JFU; Jones, Preston Barck, and United States Senator Jim Proust are racist and classist, and apparently believe that the involvement of Steve and Pinker in the study will jeopardize Genetico's $180 million sale to international conglomerate Landsmann, and with it Proust's presidential campaign. Berry disrupts Jeannie's research by alerting the press to the legitimate ethical issues of her software. Soon after, Steve is arrested for Lisa's rape and Lisa picks him out of a lineup, but Jeannie believes his claims of innocence. Steve is released on bail.

Jeannie and Lisa visit Pinker; he is identical to Steve, but had no twin at birth and was born two weeks after Steve, in a different state. Both men's fathers were in the military when the couples sought fertility treatments at the Aventine Clinic in Philadelphia, Pennsylvania. She visits Aventine, which was founded by Genetico in 1972 to pioneer in vitro fertilization. Jeannie escapes an attack by the rapist, whom she mistakes for Steve. Returning to Baltimore, she learns Steve was there during the attack, confirming that the rapist was the titular "third twin." The identical men are clones, illegally implanted into women treated at Aventine. Jeannie's software is run on an FBI database, but Berry forces the ethics issue; to access the search results, Jeannie must prevail in a discipline-committee hearing. Steve competently defends her, but Berry secures Jeannie's dismissal via bribes. However, Pete has been released from prison for good behavior; he helps Jeannie steal the data.

Jeannie travels to New York City with Lt. Delaware to meet search result Wayne Stattner. He is a fourth twin; although it's apparent Stattner is a sadist, he has an alibi for Lisa's rape. Steve's father, Col. Charles Logan, reveals that the motivation for the cloning was a "super-soldier" program; Steve was literally bred to be a killer. Col. Logan runs Jeannie's search on The Pentagon's computers, yielding three suspects: Henry King, George Dassault, and Harvey Jones. Jeannie and Lisa prove that Harvey Jones of Philadelphia is the rapist. Harvey is Berry's son, whom Berry sends to spy on Jeannie by impersonating Steve. Jeannie detects him and Steve subdues him. Jeannie, Lisa, and Steve crash the Landsmann-Genetico press conference. Steve tries to spy on Berry, who restrains Steve and frees Harvey. Lisa brings King, Dassault, and Stattner to the press conference; Harvey is present and Steve also arrives, drawing the press' attention. Steve realizes that his identity is determined by free will, and not by his genes or upbringing.

The film starred Kelly McGillis as Doctor Jean Ferrami and Jason Gedrick as Steve Logan, Harvey Jones, and the other clones. It also had Larry Hagman as the villainous researcher.

Found with a search for site:imdb.com clones adopted

That sounds sort of like The Boys from Brazil. (Novel by Ira Levin (1976), then a Hollywood movie (1978).) In this case the cloned boys are clones of Adolf Hitler, placed with unwitting adoptive parents around the world.

But this is probably not the one. The main investigator is a man, not a woman. 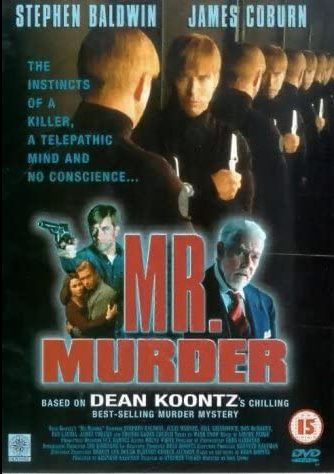 I believe you're thinking of "Mr. Murder," which was a movie intended for a 1997 theater release but ended up going straight to TV in 1998.

A group of scientists are trying to produce the perfect soldier by cloning. The day the clone is born, Marty Stillwater, a mystery novel writer, feels that something strange is going on inside his body and mind. Seven years later, Marty discovers that his double has his same physical appearance but has the personality of a murderer.(From imdb)

Julie Werner was the lead actress.

10
Trying to find a specific book about clones
4
Help me identify this book that uses cloning for space travel
7
Sci-fi/fantasy book where a female character reads a paper and is sent into Norse mythology
3
Seeking a kids' show involving a frog prince
12
Title/author of novel(s?) about society where children learn alien languages?
11
Short story: beautiful woman clones herself to avoid ageing but clone burns herself
6
Horror short film with a woman pursued by the ghosts who exhort her to remove her clothing
10
UK 80s TV Mini-series with Camelot overtones/references
3
Fantasy romance manhwa where the protagonist reincarnates in a novel where her husband was the villain