This is The Another World Demon King's Successor.

Asato Kanami who was summoned as a hero to another world Istalia. To stop the war between the demons and humansIt is said that he was summoned by Anna, the saint of the Kingdom of Elshnon. After a year of war, Asato finally challenges the Demon King Lione. Just when he thought the battle was over, his summoner Anna attacked him and the Demon King. Asato who survived the attack and was protected by the Demon King. What is the future path for the hero betrayed by humans...!?

The synopsis covers the betrayal. Anna is also the princess of a kingdom that is hostile to demons; Asato, however, doesn't kill anyone. During the fight the princess uses remote magic to try and kill both of them, and claims that the hero died during the fight. 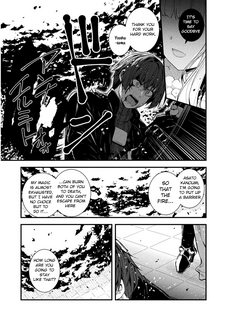 Both of them survive. The protagonist is thrown into a healing pond for two weeks to recover by the demon king's personal maid, and ends up having sex with her to recover his magic.

Found by searching mangaupdates for the tags Demon Lord/King and Betrayal.