It's the first in a series of fantasy books.

The boy has a ring that he doesn't know is magic. He gets into a fight one day with another boy and ends up accidentally killing him with the power of the ring. He then gets transported by the ring somewhere else and eventually ends up learning that he is a chaos god and his power was trapped in the amber stone of the ring.

There is a love interest at some point as well maybe? She might end up dying and getting resurrected, or something like that.

There's a lot more than goes on in it but I can't remember!

meadesshrinemeadesshrine
12933 bronze badges
New contributor
meadesshrine is a new contributor to this site. Take care in asking for clarification, commenting, and answering. Check out our Code of Conduct.
Add a comment  |

This is probably The Initiate (1985) by Louise Cooper, the first book in her Time Master trilogy. 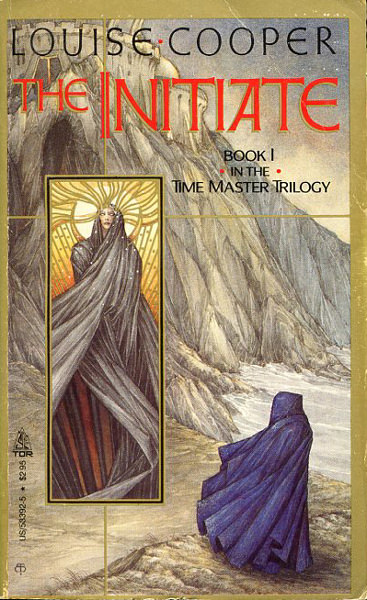 A review on Goodreads confirms some details:

Into this eternal battle for supremacy comes Tarod, a dark-haired outcast with a power he does not understand. During an innocent game, he accidentally uses this power against his cousin, killing him instantly and arousing the wrath of the populace who chase Tarod through the streets and right into a warp storm.

Another notes the ring Tarod always wears, and that Tarod is destined to become an avatar of Chaos.

23
Looking for two stories about a telekinetic boy
4
Looking for a YA sci-fi book with a girl magically rescuing a boy trapped in a computer. 80s, I think
6
Young adult sci-fi / chaos theory from 90s
5
Children's book about a boy with a benign tumor but then discovered the tumor was his twin absorbed in utero and still haunts him
7
Book about a boy who gets transported into a fantasy video game on a floppy disc
10
Book where a boy and girl are transported into a fantasy video game
15
Fantasy movie with rings that shoot laser beams!
8
Pre-90s movie about brother and sister with telekinesis abilities; sister makes a bird explode with her mind
7
Book series - Boy finds gem and is transported to a fantasy world