Queen or empress killed by someone close, went back in time to meet a friend from her previous life

There was a manga I read a while ago about a female lead who was originally either a queen or empress, who was killed by someone close to her. After she was killed, she went back in time and decided to look for her friend/pen-pal from her previous life. He was the Duke of the North I believe, and he was seen as a monster because he didn't have the normal “babyface smooth and beautifully handsome” face; he had scars and was more rugged. They also had this reputation of the female lead “taming the crazy beast of the north” and stuff. I do remember the female lead having pink hair, and the male lead had black hair and a black beard.

This is Another Typical Fantasy Romance. It is licensed by Pocket Comics. 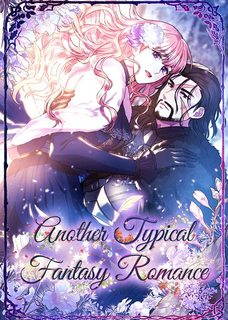 The main character reincarnates in a fantasy story; she uses her knowledge of the book and her past life to become empress, by marrying the handsome male lead, but divorces him because he's too possessive. Five years later, he kills her for this, and she reincarnates again in the past, in the same world.

This time she instead seeks out a man she never met in person but frequently exchanged letters with, and plans to marry him. As she's never met him, she briefly imagines what he looks like, and comes up with a typical handsome man from a romance novel.

His actual appearance is as you described.

2
Manga/manhwa about a female lead who is reincarnated/reborn as a magician, then exiled to a snowy territory
2
Manga/Manhwa/Manhua where the female lead is transported or transmigrated into to the body of a girl with white hair but changes it to blue
4
Manga from TikTok ad where protagonist seemed to have a physical disability, and her sister wanted to send her for marriage in her place
3
Manwha where a girl is reborn and knows she's supposed to die of an illness in five years
1
Manga about a woman who has pink hair and can see ghosts
3
Fantasy drama/romance manga with a female lead whose mother and new stepfather die in a carriage accident
2
Manga where the female lead dies alone and returns to the past
3
Manhwa with time travel and poisoned chocolates