Sci-fi novel where the main protagonist gets a gem embedded in his chest, and ends up being the spaceship's power source

I read this back in the 90s. The protagonist ends up getting a gem embedded in his chest. Afterwards he had all sorts of extra strength and was all epic and stuff. But, come to find out, the woman who was tagging along was actually an alien and had embedded the gem inside him to test if he 'was a good fit' and ends up betraying the protagonist and he ends up as the space ship's power source, or the computer, or navigator or some such ending?

I vaguely remember the cover of the book was one of those "hey, look at how STRONG and AMAZING I am" power fantasy covers, but the book ends with the guy being betrayed and regretting his decision to get the gem placed inside his chest for more power. Initially he just carried the gem around with him, I believe; the woman convinced him to embed it into his chest.

Welp! I somehow came across the answer while searching for a new Sci-fi book to read lol.

The Messiah Stone by Martin Caidin "Doug Stavers plays the mercenary game, and every time he plays he wins: in Africa, Central America, Vietnam or in the USA. Now he's on the biggest hunt of his life: to find and seize a certain object that, incredibly, confers the power of absolute belief on its owner. Christ once wore it. So did Mohammed. The last to own it was Adolf Hitler. The next will rule the world. It's code name is "The Messiah Stone"."

& The Sequel Dark Messiah by Martin Caidin "Doug Stavers discovers that his possession of the Messiah Stone, a talisman with a mysterious connection to the planet Mars that gives its owner the power to induce total belief in the minds of those near him, has made him the target of every government on Earth." 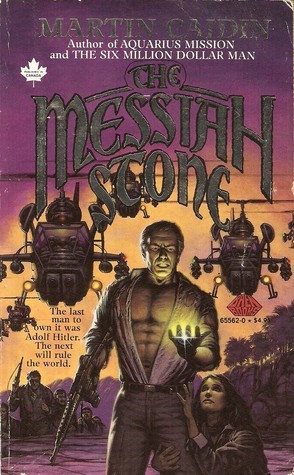 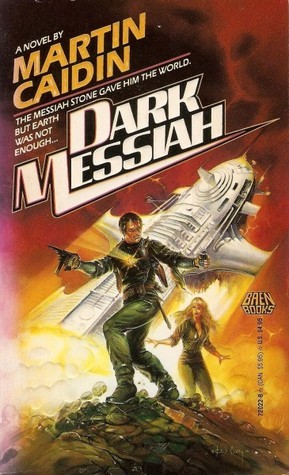 Unfortunately, they don't seem to have an Ebook for it. But, still for sale on Amazon in paperback.

6
Fantasy series about a disabled protagonist
12
Fantasy novel with amnesiac witch, impotent soldier and cursed animals
3
Anime where the MC has a ring of light on his chest and monsters can look like people
4
Anime: boy transforms into white+orange being after a terrorist attack
8
Book where the main character gives a powerful sword to one of his friends which causes someone to betray him
8
Novel with replaceable eyes that store memory
2
Manga where the protagonist can only make cursed items (and tokens that remove curses) and gets kicked out of his party