The movie seemed to be set in the late '60s. Colour film. I remember the cave explorers open up a part of a cave that was sealed and the person (or creature?) trapped in there kills them, then escapes into the city and starts stalking people.

Some of these aspects match Trog, a film from 1970 (fitting with the timeframe of the question), notable for being the last film role of Joan Crawford.

The film indeed begins with three cave explorers. They find an entrance to a previously unknown cave system, and while they are exploring it they are attacked by creature that seems to be half-man half beast. One of the explorers is killed, one is so traumatised that he can barely speak afterwards, but the third member of the party never actually encounters the beast.

The two remaining members of the party return to the surface and alert Dr Brockton, a local anthropologist (played by Crawford) who runs a nearby research institute. She captures the creature and names him Trog (short for "troglodyte"), and declares him to be the "missing link" between apes and humans. Towards the end of the film Trog escapes, but rather than a city he terrorises the local village, killing a greengrocer, a butcher and a passing motorist, and then kidnapping a young girl. Brockton manages to rescue the girl, and Trog is hunted down and killed by the army.

The make-up was quite primitive, but I would not really describe Trog as looking "burned". The actor played the role with a prosthetic ape muzzle and a chest wig, and little else. 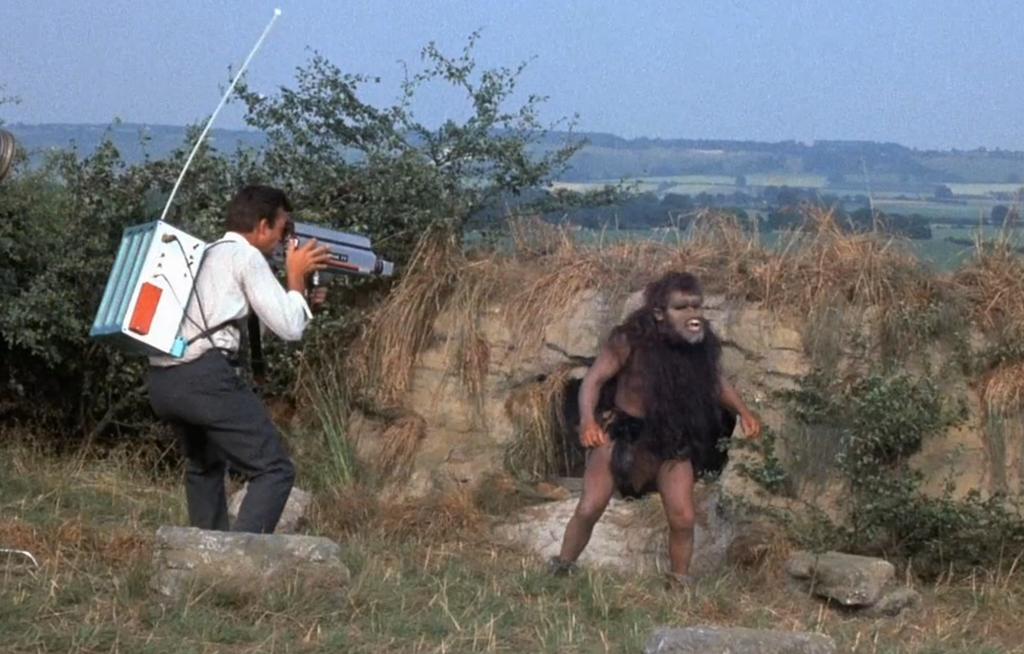 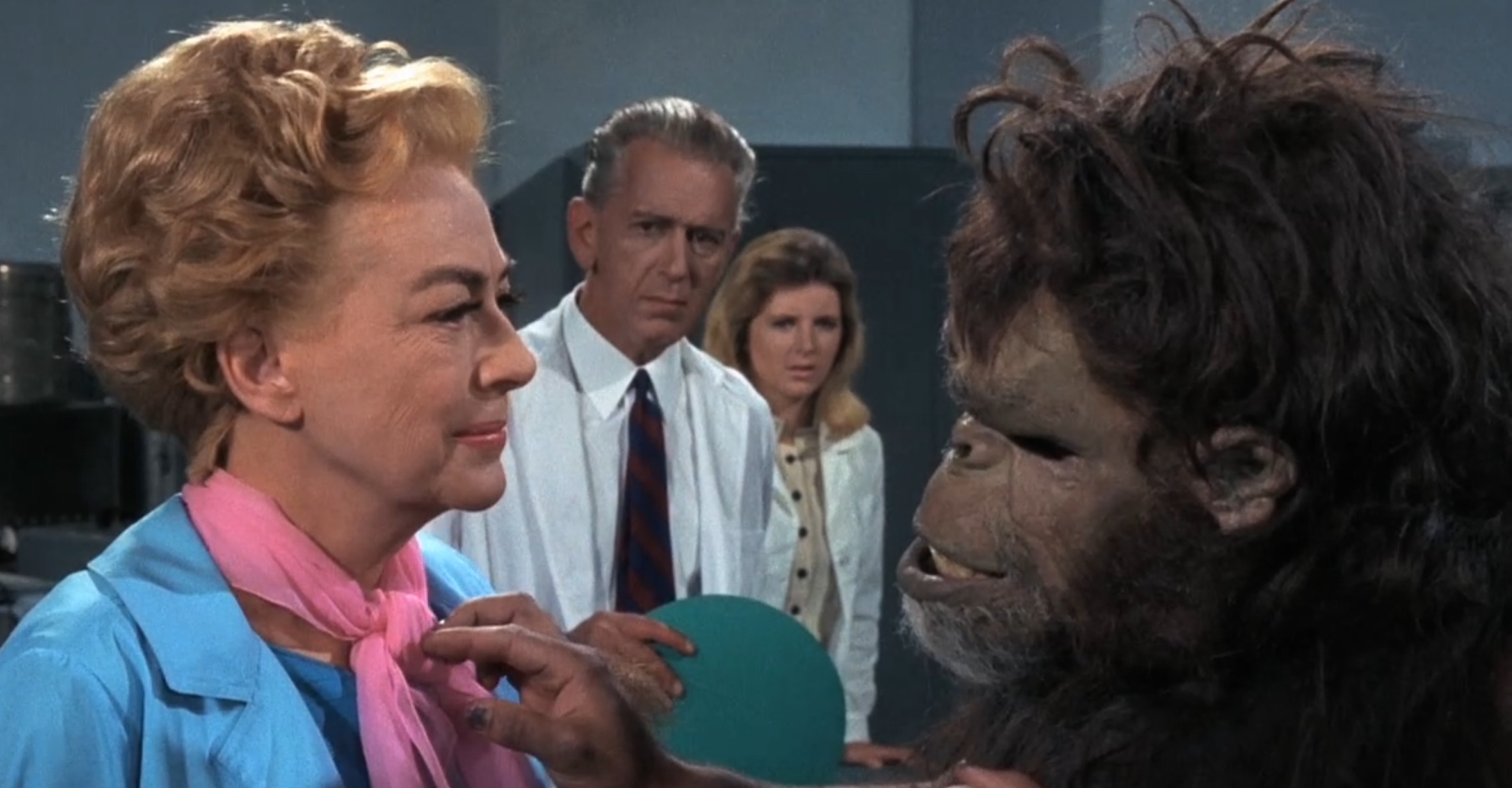 12
Sci-fi Movie Identification - Humans stored alien in a big concrete block and then it escapes
7
Gory horror movie: mermaid trapped in a freak show, eventually kills her jailor
4
Radioactive satellite falls back to earth
3
Old movie about an escaped alien that copies people's bodies and steals their memories
5
Scientific Horror Movie from the late 80's early 90's
6
Science fiction movie featuring an octopus type alien
9
Horror film about a mummy like creature that goes around killing a bunch of people and making them evil
7
Late '80s/early '90s scifi/horror movie about a group of young people dealing with an infection/virus that turns one of their friends into a killer
14
Movie where there's a cave with hundreds of human-headed spiders