Actually, depending on the level of Canon you are looking for, that's not an unreasonable question, at least as far as Stormtrooper use is concerned.

If you accept the Games as being valid sources of information, then

Stormtroopers carried E-11 rifles throughout the Galactic Civil War. The design was based on that of the DC-15 series of blaster rifles, carbines, and pistols which were once favored by the Galactic Republic's clone troopers. Some stormtroopers were known to complain that the original E-11 had been poorly designed to compensate for recoil, leading to diminished accuracy in firefights, and preferred the carbine model instead.1

Ok, so this was clearly a retcon to deal with the Stormtrooper effect... But, depending on the level of canon you are looking for, it could also be valid.

The, too, there is this info from a Star Wars RPG: 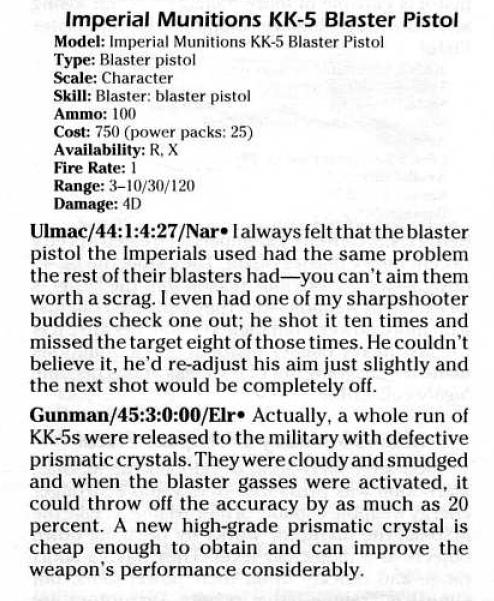 245
Are all stormtroopers as poor soldiers as the ones in the movies?
95
Why does Millennium Falcon bank when turning in vacuum?

30
Why don't they use gunpowder in the Star Wars universe?
10
How does stun work with blasters in Star Wars?
13
How are Star Wars blasters properly reloaded/charged/etc.?
12
Did anyone in the Star Wars universe wear effective armour?
0
Are Stormtroopers' armor ineffective against Stormtrooper blasters?
30
How do Droidekas fire blasters through their shields?
8
Why didn't the TIE fighters attempt to shoot the Millennium Falcon on Jakku?
51
What do Luke and Han shoot in the detention block?
13
Blaster policy in the Mos Eisley Cantina?