The film ["Batman Begins" ] takes place in 2007. In the Gotham Tonight news segments released to promote The Dark Knight it reports on Election '08 and states that the attack on the Narrows (which happens at the end of this film) took place nine months previously. (Source: IMDB "Batman Begins" FAQ)

I'm broadly in agreement with the two existing answers, I just have a few details to add.

In The Dark Knight, we see a snap of a security camera with a timestamp of July 17, 2008, from the Joker’s bank robbery (about ten minutes in):

This was also the date of the American film release. We also see court documents dated July 2008, which is consistent with the above. This agrees with the two existing answers, and we can work backwards and forwards from here.

The Joker reminds the Mob in The Dark Knight of a time before Batman, approximately one year previously. This gives us an upper bound on the time elapsed between Batman Begins and The Dark Knight of about a year. Most people estimate this to be about six to nine months.

At the end of Batman Begins, we see Bruce's birthday party, which canon puts around February. So Batman Begins ends in February 2008, which means the film probably begun in mid-to-late 2007 (this is of course excluding the short scene at the beginning of the film where we see the death of Bruce's parents).

Finally, we're told that The Dark Knight Rises marks the eighth anniversary since the last known sighting of the Batman (which occurs at the end of The Dark Knight), so we can assume this film begins in summer 2016. The film seems to run for several months, so we can assume it probably finishes sometime around winter 2016. (I hesitate to put a more precise date on this — although we don't see any celebrations such as Christmas or New Year, it's questionable whether those would have gone ahead in Gotham that year.) This would also be consistent with the weather, which is icy, cold and winter-like.

It's been a while since I watched the films, but I think these details are broadly correct.

(One other, minor point: at the end of Batman Begins, when Gordon shows Batman the Joker's card, the "Date/time recovered" field on the evidence label is left empty. I don't know why.)

In Begins he is 8 years old when his parents are murdered. 14 years later he is 22 when he returns for Joe Chill’s trial, then disappears for 7 years, putting him at 29 going on 30 when he puts on the cape and cowl.

In The Dark Knight the Joker says “Let’s wind the clocks back a year. These cops and lawyers wouldn’t dare cross any of you. I mean, what happened? Did, did your balls drop off?”

Also, if you go back to the scene in Dark Knight where Judge Cerillo is reading out the charges, you will see that after she turns over the Joker card. If you freeze/pause it, and you will see a date. The month part is covered, but it does state the rest as 25, 2008.

When Bruce is looking at Selina Kyle's file in the beginning of Rises it says she was born in 1995, which would make her 21 in the movie. 2016 seems about right. 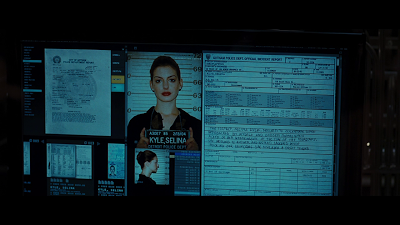 Looking back now at the trilogy, there is an obvious answer to the timeline in the movies... David S Goyer talks in interviews about how he had to teach Christopher Nolan the Comics canon. If you look at the comic source material each film pays homage to, the timeline makes sense...

Batman Begins is the origin story and details his first year as Batman, just like its main source of comic inspiration Batman: Year One.

12
Were Batman's phones used to map surroundings using custom hardware? How did he distribute them?