Were there any Vulcans serving on the Enterprise D?

In the TNG episode The Enemy, Worf ends up being the only viable donor available to save the life of an injured Romulan.

Crusher: "Worf, you are the only one who can save his life."
Worf: "Then he will die."

Surely a Vulcan would be a superior match for obtaining vital bodily fluids. And with a crew compliment of 1,014 members there wasn't a single Vulcan serving on the Enterprise-D?

Worf: "There is a substance within my cells which you need to survive."
Patahk: "Then you've come to hear me beg for my life?"
Worf: "No."
Patahk: "I would rather die than pollute my body with Klingon filth!"

There were Vulcans on board during that episode, and they weren't compatible donors:

CRUSHER: My patient is not responding to treatment.

CRUSHER: The lab is still processing the tests. Early results indicate humans have far too many bio-rejection factors. I've also ruled out the Vulcans we've tested.

The only direct explanation given for how Worf could be more compatible than the Vulcans is some vagueness about how "many humanoids have comparable cell structures."

Lt. Selar, a Vulcan M.D., served onboard Enterprise. She was first seen in the episode "The Schizoid Man." She appears on the right in the image below. 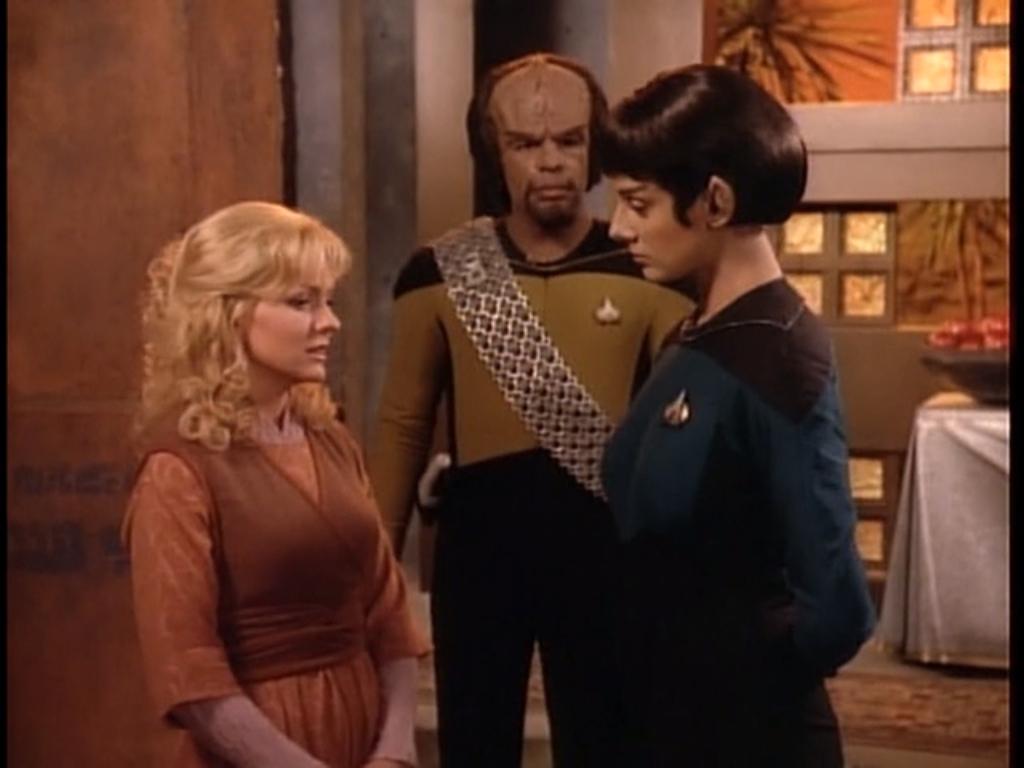 Yes, there were vulcans that served on Enterprise. However, only one example comes to mind presently.

Taurik served on board the Enterprise during the episode Lower Decks, although this took place several years after the incident at Galorndon Core.

Even with a one thousand plus member crew, there is a distinct possibility there are NO other Vulcans onboard the Enterprise, AT THE TIME. Given the Vulcans relatively insular nature, it is not difficult to believe there may not be one onboard the Enterprise all the time, despite its flagship status.

Checking the production notes for these episodes we discover there was a Vulcan medical officer named Lt. Selar who was around during the second season of TNG, appearing in "The Schizoid Man." By the third season when "The Enemy" is filmed, she is either no longer a crew member or on assignment somewhere else and unavailable.

There was a Vulcan viola player in "Ensigns of Command", but it is unknown if he is Starfleet or civilian 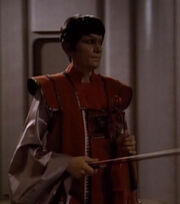 1
Did any vulcans ever appear in TNG other than Spock and Sarek?