Is there a sci fi novel, where humans were segregated by their access to artificial genetic improvements? [closed]

I am curious how segregation is criticized among science fiction novelists. Nowadays there are already stigmas and limits in regard to race and culture. Could the inclusion of genetic improvements aggravate the gaps between social groups? 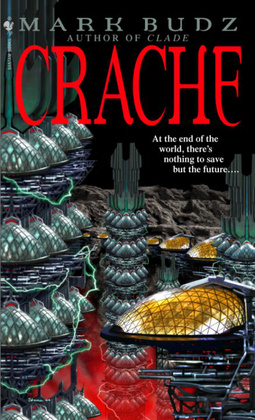 The bio-punk novel Crache, the sequel to Clade, is a novel about the very topic of the segregation of humanity by genetic manipulation. The workers of this future are relegated to ghettos separated by the manipulation of their genome. If they tried to move or even visit areas where they lacked the proper genetic signatures to access the environment, they could die as a result.

People are hardwired to the environment using genetic modifications and biologically specific drugs used to control the minds and behaviors of the general populace. Migrant workers or braceros are hired temporarily and given a genetic marker which allows them to live in the genetic environment they are working in for the time they are employed.

Not the answer you're looking for? Browse other questions tagged novel authors genetic-engineering or ask your own question.

21
Pronunciation of Van Vogt
16
Sci-fi series: humans are immune to telepathy, become soldiers for an alien group fighting against invertebrate telepaths
18
In Slaughterhouse Five, are the science-fictional elements real?
7
Sci-fi Story Cop riding flying giant genetically engineered birds
8
Trying to identify a story about Sentient Trees
10
1970s SF novel, story ID, eco war between insects & plants on one side, people on the other
9
Help Finding a Cool SciFi Story I Read As a High Schooler
14
Old Sci-Fi Novel where man uses horn to enter another world, learns he is a “god” of sorts?
9
Novel about “living pods” and their relationship to humans