Is each transmutation circle unique?

I've been rewatching Fullmetal Alchemist: Brotherhood lately and have been wondering. In-universe, alchemy (and alcahestry) are treated as true sciences. In our universe, chemistry is very specific to the object being manipulated -- every substance has a (reasonably) unique chemical formula.

Is the same true of transmutation circles? Are circles drawn specific to the alchemy (or alcahestry) being performed?

Yes, each transmutation circle is unique and often discovered in secret after much trial and error. The circle, however, is only part of the process. The sigils, seals, shapes, and organization of those markings greatly affect the performance of the alchemical process.

Alchemy (錬金術 Renkinjutsu) is, as it is understood in the Fullmetal Alchemist series, the ancient metaphysical science/mystical art of manipulating and altering matter by using natural energy. This act is known as "Transmutation" and its sequence is usually described as:

The proper application of this craft requires not only a full understanding of chemistry and ancient alchemical theory, but also a sort of natural talent towards recognizing and manipulating the physical objects with energy, which require uncommon levels of intelligence and aptitude. Those remarkable individuals capable of studying and practicing alchemy are known as "Alchemists".

There are many paths by which alchemists can transmute the various substances of the world, with some alchemists being said to transmute by way of the Four Classical Elements (Water, Earth, Fire and Air) and some by way of the Three Essential Principles (salt, sulfur and mercury), but the basic tenet at the very foundation of all alchemy is that of Equivalent Exchange. -- FMA Wiki > Alchemy 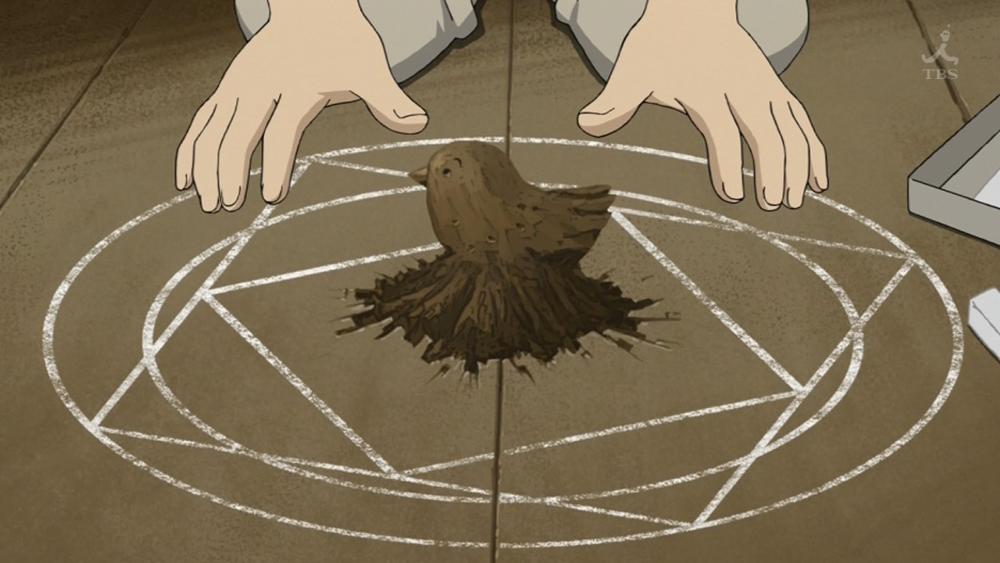 Alchemists may spend years or indeed their entire lifetimes trying to establish the proper relationships and balances between the elements, their material structures and a desired effect or transmutation.

For example: this is the rune of the Flame Alchemist, Roy Mustang. This symbol in and of itself is pretty simple. 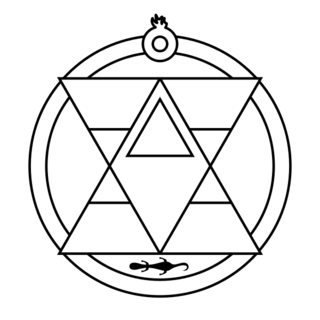 It is comprised of:

In the anime, Roy Mustang use of his power seemed to drive him to use it more. The more he used it the angrier and more agitated he became, a side effect of his alchemy and another indicator that the symbols themselves are not enough, there must be knowledge associated with how to use and control the alchemical effects generated, other wise seeing them would be enough to copy them and it isn't.

It was later revealed the reason the Philosopher's Stone worked was because it directly harnessed the souls of the people who died and were trapped during its construction/transmutation.

Variations on a Theme

All transmutation circles are not round. Very complex transmutation structures called arrays are also capable of being used. These structures often utilize energy in unusual ways and are often very powerful and very dangerous. Only the alchemical elite try to create such arrays due to their potential for destruction. The symbols on Scars arms are such an array. (see below) 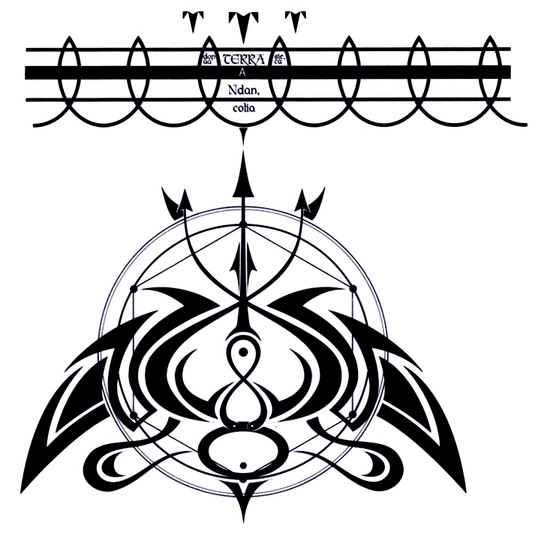 Transmutation circles can also bind souls to objects transforming those objects in the case of Alphonse Elric and Barry the Chopper, suits of armor, into mobile weapons, capable of movement and incredible feats of strength and durability. These blood seals are vulnerable to damage and if they are damaged or broken the soul is lost.