Are the Seanchan real?

As it turns out, some part of the Seanchan appeared in The Great Hunt are minions to the Dark One. One would question if the Seanchan are really the heir of Artur Harkwing.

In fact, they are using creature such as grolms which could only be found in the portal world which Rand had been ( with Selene ). Whoever transport the grolms to the world could only be great Aes Sedai in the Age of Legends or one of the Forsakens.

Everything suggest the Seanchan are the genuine descendants of Luthair Paendrag Mondwin army that travelled across the Aryath Ocean. Whilst there are certainly high ranking darkfriends in their hierarchy, there is no evidence they are all minions to the Dark One.

Whilst it is true that creatures such as Grolm were brought from the Portal Stone worlds to ours by the natives of Seanchan (the continent), they were primarily used to fight the shadow and are not shadowspawn themselves.

In The Guide, there is more information about Seanchan (the continent) which covers the species (now) native there, such as Grolm. 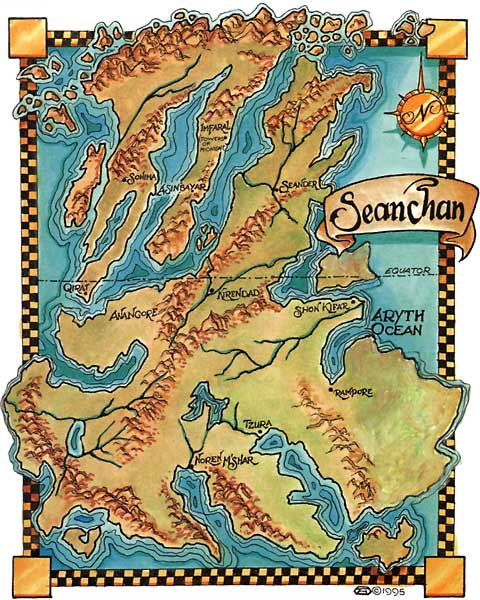 When Luthair Paendrag's armies began their conquest of Seanchan, they confronted not only the terrifying Aes Sedai who freely used the Power as a military weapon, but strange beasts out of nightmare that flew at them from above or attacked them with claws and teeth, often tearing men from their saddles to devour them on the spot.

It was these channellers which brought the creatures to Seanchan, not a Forsaken.

These strange new creatures were not Shadowspawn at all, but the descendants of beasts brought back from parallel worlds, via Portal Stones during the first thousend years after the Breaking, probably in an attempt to find aid against the real Shadowspawn

(From The Guide (The World of Robert Jordan's The Wheel of Time, Chapter 18 - The Exotic Animals of Seanchan))

The Grolm that Rand encounters in the Portal World suggests an alternative history in that world perhaps:

It's an alternative timeline so we'll not know for sure.