Movie set in medieval times with a dragon creature

There was a movie I watched years ago as a kid (in the 90s), but I can't seem to find any info on it anywhere.

There was a kid who lived in a castle (possibly a prince), and had a little statue of a dragon that was given to him by someone of importance to him (father?).

Bad guys show up, take over and kick the kid out - the kid cries on the dragon statue, and it comes alive and starts kicking some bad guy butt.

I can't remember what happens in the end - I know the dragon dies for some reason or another but I'm not sure how.

It's not DragonHeart with Sean Connery by the way - wrong story (from what I've read on Wikipedia). 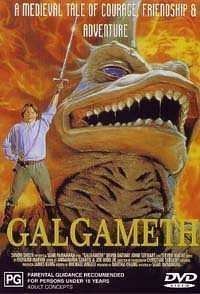 According to the Wikipedia synopsis: as he lays dying, a king gives a statue of a dragon to his son. His tears bring the statue to life and the dragon becomes the prince's friend and guardian. Together, they fight the man who usurped the throne.

If Hulu is available where you are, you can watch the whole movie here.

6
Movie set in medieval time with a dragon
10
Looking for old comedy movie set in medieval times
4
Children's book about a talking alien baby (who lives on the moon?)
4
Film with two children who can temporarily communicate telepathically in a castle
7
movie where people rented empty bodies to travel
17
Animated 70s/80s movie or series with haunting soundtrack and an egg shaped spaceship
10
Space opera with large cat and discussion about infinite dimensions
8
Fantasy movie where a young guy finds the love of his life through a magical doorway